It’s a bit odd that the Resident Evil games have become synonymous with Survival Horror. After all, they’re about heavily-armed police officers who kill zombies by the hundreds. Real fear comes from facing an army of unstoppable monsters and not having any means to fight them off. Outlast locks players inside an abandoned mental institution, arms them with just a camcorder, then leaves them to creep around in the darkness, thus combining a horror storyline with stealth gaming mechanics for a genuinely terrifying experience.

Darkness is your Friend

Players control a reporter who is investigating a research facility run by a company that might be engaging in some ethical violations. Soon enough our hero discovers that the place is overrun by disfigured, insane prisoners. Alone, unarmed and outnumbered, players have to use the night vision feature on their camera to sneak past enemies in the darkness, while also gathering evidence about what happened at the asylum and still finding a way to escape.

The premise should remind horror fans of Amnesia

The night vision drains the battery life on the camera, so players have to hunt for extra batteries around the asylum and conserve power or they’ll find themselves at the mercy of their enemies. Players have no weapons at all and can’t attack or block. If they make a mistake and get spotted by a hostile they can only run until they find a place to hide or manage to climb into an area where the enemy can’t follow.

This premise should remind horror fans of Amnesia. That indie game used very similar mechanics to scare players a few years ago (with a sequel arriving hot on the heels of Outlast). Both games force players to control a helpless character who has to gather power-ups that provide light, but the thing that distinguishes Outlast is that the player has night vision which lets them see in the dark but won’t give away their position as a torch or flashlight would. 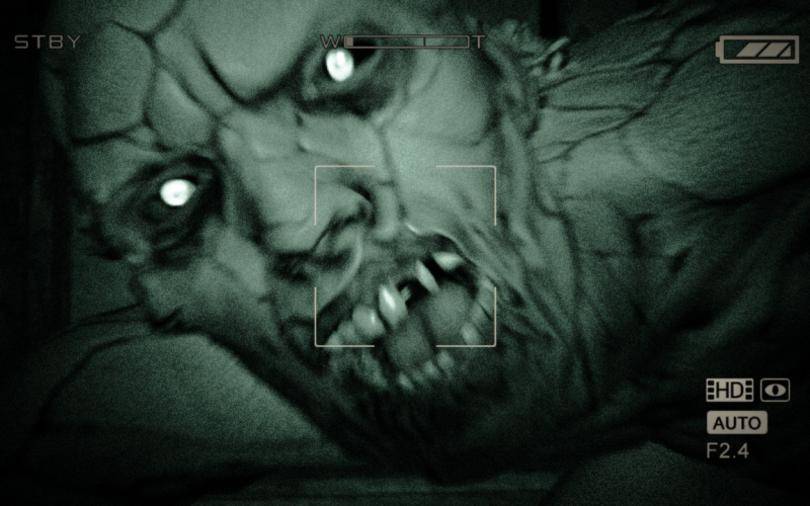 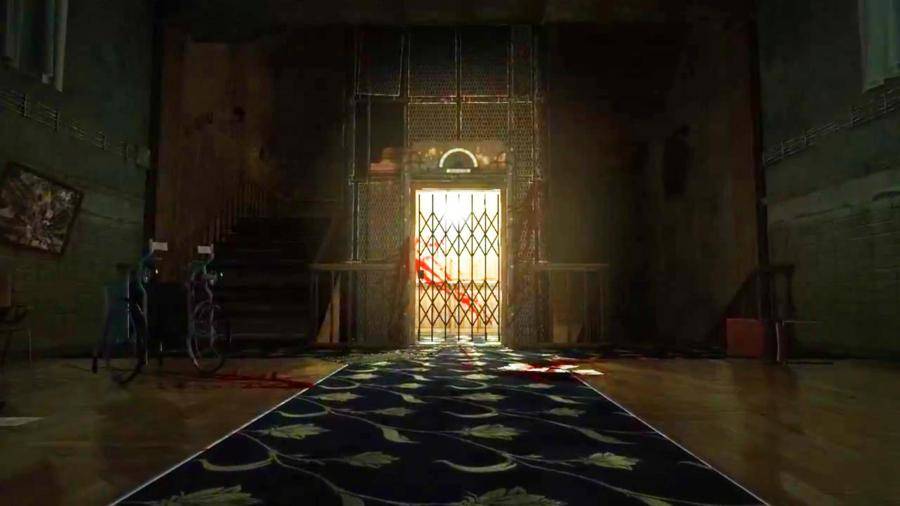 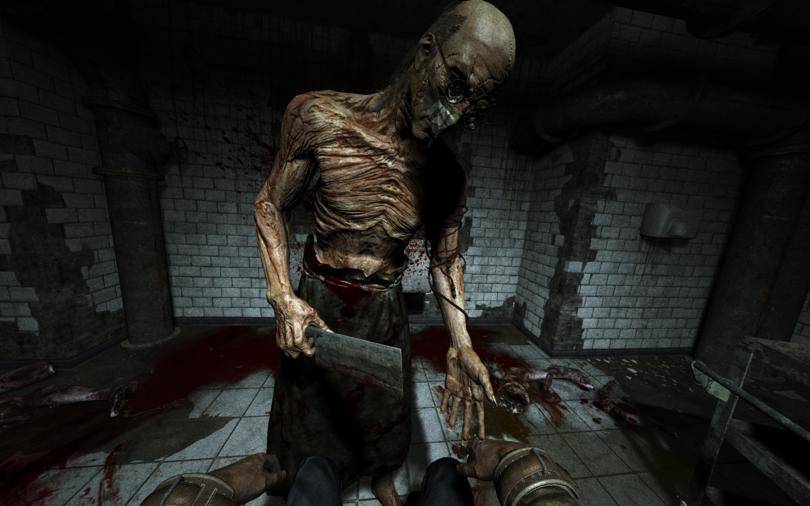 This is a big subversion on both horror and stealth gaming. Games like Amnesia, or Silent Hill are built around the idea that light will attract enemies, while Outlast makes this night vision the one advantage that players have over their adversaries. Stealth games like Arkham Asylum and Splinter Cell use this feature to allow the player to quietly dispatch enemies, but the cruel developers of Outlast won’t allow the player to attack enemies at all. It’s a unique hybrid of the two styles of game.

It’s also very story-centric. Missions are linear and rely on scripted events for most of the encounters. This increases the horror value by forcing players to experience the game as the designers intend, and it is an intensely horrifying experience. The inmates have been horribly disfigured by the experiments that are going on, so zooming in them with the camera is going to be a shocking experience for many players. These unfortunates have also been brutalizing each other, so the player will come across them doing all sorts of unmentionable things to each other.

Buyers should look closely at the system specs, and be prepared to do some fiddling in order to play the game

By collecting documents that are scattered around the asylum, the story of what happened will slowly be unraveled.  Friendly NPC encounters are rare and most of the information comes from reading these old files. The main character is a reporter who is there to investigate, so Outlast also uses a system where he will make notes about his observations. These work as a “collectible” and require the Player to have the camcorder aimed at the right spot when an important event happens.  Doing so will result in additional information about the story becoming available.

It makes players think like a journalist and be just as concerned about getting the scoop as they are about surviving. Despite the very linear nature of the game, some players might find this sufficient motivation for a second play through.

Most players will likely find one time through the game to be enough, though. The stealth mechanics leave very few options: either sneak past the enemy or screw up and make a run for the exit. Many situations will result in triggered events where there is no stealth option at all and they have to run frantically through the level trying to find the way out. This is scary on the first try, but it’s frustrating to get killed over and over just because you can’t find the one spot where you can climb to safety.

Sure, the filthy operating rooms of the asylum have bugs everywhere, but so does the game. Outlast launched with lots of programing bugs, some of which have been already been addressed by the developers, but there are still a few big ones. For starters, 32 bit systems aren’t supported; the game can be played on a machine with a 32 bit processor but it takes a bit of tinkering with cmd.exe to get there. Buyers should look closely at the system specs, and be prepared to do some fiddling in order to play the game.

However, gamers should endure Outlast’s little flaws and bugs. It’s a case of the sum being more than the total of its parts.  It delivers on its promises of a terrifying experience, and creates an engrossing mystery that begs to be solved by intrepid journalists.