After the success of the Bioshock franchise, many have tried to look back at other games involving creator and lead writer Ken Levine. Most roads lead back to System Shock 2, a game that was obviously a deep influence for the team’s later work on Bioshock. For the first time, System Shock 2 has been made available on Steam, a chance for gamers to look back at an important part of gaming history.  Despite a few crow’s feet, it has managed to age very well.

Ghost in the Machine

The year is 2114; cybernetics, intelligent computer A.I.s, space travel, and psychic abilities are all commonplace in the world of System Shock 2.  After the destruction of the evil A.I., Shodan, and the disposal of the mutagen intended to infect Earth, mankind once again takes to the stars in the name of science.  With the Von Braun and Rickenbacker, two powerful starships at the ready, the elite scientists and soldiers of Earth work together in an attempt to uncover the unknown.

Unfortunately for the crew of both ships, the unknown proves to be far more formidable than they could ever imagine.  Players take the role of an unnamed soldier who wakes up from a cryogenic sleep in the aftermath of the ships’ downfall.  Aside from a fellow survivor promptly giving the man orders from a radio, the man is alone as he faces off against the many horrors occupying the ship.

Much like the first Bioshock, most of the game’s story is told through recorded logs of the setting’s denizens.  While this may not be the best story Levine has ever written, it still manages to be intriguing despite the occasional predictable twist.  Finding out how the situation grew out of control so drastically serves as a driving force to keep players moving forward.

Despite the game’s old age, the mix of RPG, action, and survival horror elements make for a unique gameplay style.  Upon finishing the opening cinematic, players are trained in the basics of combat and exploration before choosing an initial character build.  Starting stats will be affected by the military branch chosen and four training courses the character must attend. 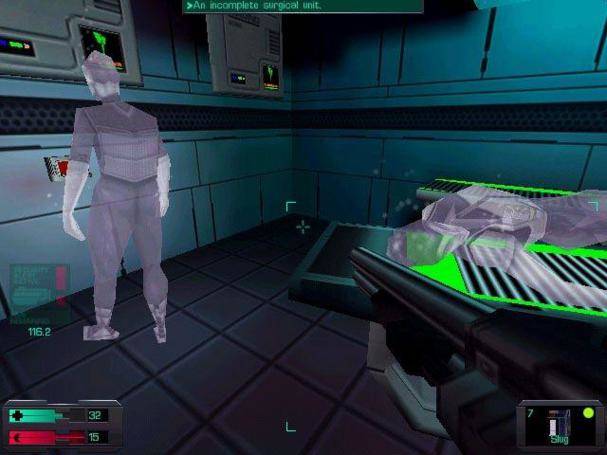 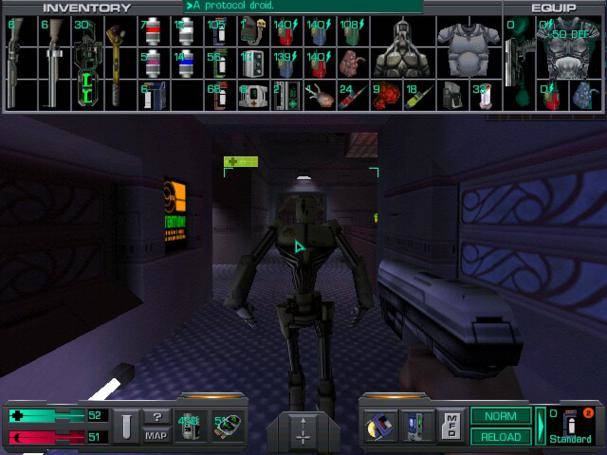 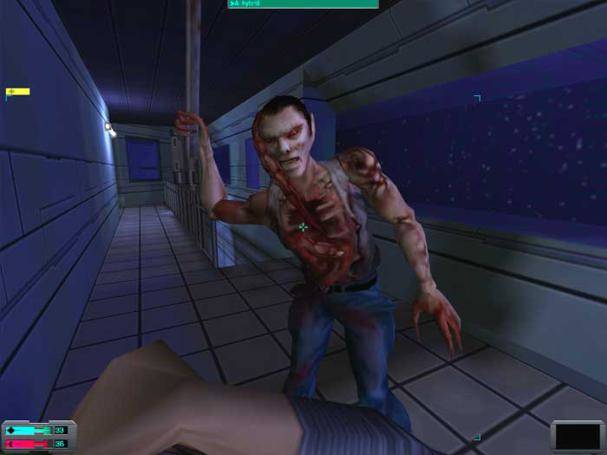 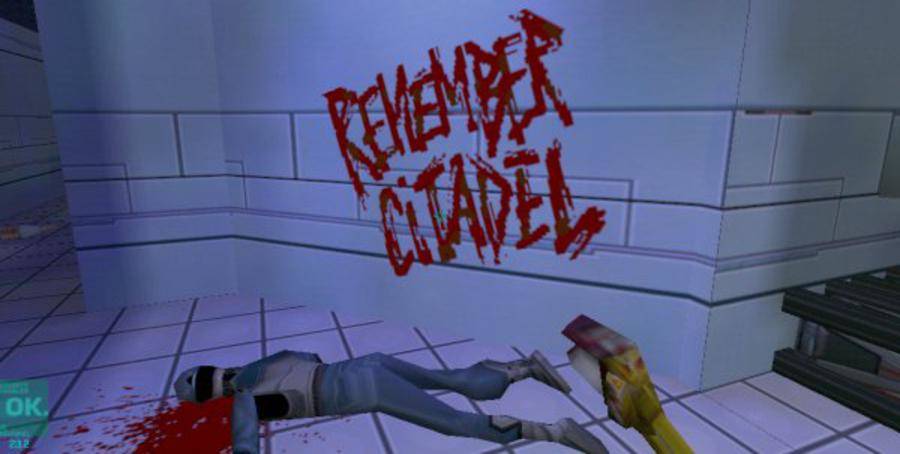 Thanks in part to a fair difficulty curve, initial stats will not make or break the player’s success until about three-fourths of the way in.  Stats are split between general, weapons, repair, hacking, science, and psychic abilities.  By completing objectives, or searching every nook and cranny of the ship, players are rewarded with cyber modules used to upgrade stats.

Combat is split between melee, guns, and psychic abilities; each has their advantages and disadvantages.  Within minutes of starting the game, players are reacquainted with a familiar friend, the wrench.  Just like Bioshock, the wrench is used to frantically beat down one of the game’s many horrible monstrosities.

Psychic attacks serve as the game’s plasmids or vigors, but unlike those two, a special item must be equipped first before using them.  Guns are varied and can be equipped with special ammunition, but will degrade with every round fired.  While melee weapons are free from this effect, guns must be maintained using the repair skill or they will become unusable.

In order to survive against the cyborgs, corrupted security robots, and mutated beasts, players need to be smart and know when to bring out the big guns.  Melee weapons don’t degrade, but contain the highest risk of losing health, while using guns depletes scarce ammunition and damages the weapon.  Considering how enemies become stronger toward the end, finding the right strategy and play style can be difficult.

Despite the wall of stats and abilities, combat is relatively simple, yet fun, in regards to execution.  Pick a weapon, point the cursor at the enemy, and hope it was the correct weapon and ammo type.  The only problem with combat is the game’s ancient hit detection programming sometimes does not detect a well-placed wrench swing, and bullets will catch close walls.

Much like vita pods in Bioshock, System Shock also has a revival feature, but the machine must be found and activated first.  In the beginning, they are plentiful and easy to find, but further into the game, are fewer and spread apart.  This makes the game’s difficulty rise consistently.

Another familiar feature, hacking, can be found in System Shock 2. Door locks, cameras, and other forms of security can be hacked to either find useful supplies or keep the main character’s head attached to his body.  The only time hacking is needed to move forward is at the very end of the game, though not leveling up the skill can be bypassed by having the correct tool.

They Have Starships and Robots, but No GPS

Despite the complex RPG elements and intriguing setting, System Shock 2 is not without its problems.  The game does not hold hands, which can be a positive feature, but in this case makes it very difficult to know where the next objective is located.  The lack of a waypoint marker encourages you to explore the Von Braun, however, not having a clear destination is frustrating and dampens the experience.

The majority of the game is bliss, but there are a few kinks in the chain. Some objectives are essentially scavenger hunts without nary a hint to their locations.  An example is when the character must find hidden code numbers within the level’s many rooms.  It is tedious, boring, and merely serves as a means to pad out the game.

Although System Shock 2 is enjoyable at first, there are problems with pacing that ruin the second half of the game. The final hours seem rushed and with it, the quality of the game degrades quicker than an overused laser pistol. This is a shame since the rest of the game is great in terms of gameplay and story.

Flesh is Weak.  Steel is Strong

Much like Keith Richards of the Rolling Stones, time has not been kind to System Shock 2’s looks.  The game’s visuals immediately bring back memories of the late nineties and early two thousands.  Luckily, for those who are unable to handle the game’s original graphics, mods are available for download as a means to enhance SS2’s aesthetic.

In order to play the game without extra troubles, players should turn up the gamma to the highest setting because lighting is terrible.  I understand the dark rooms add tension, but it is impossible to navigate a room covered in pitch-black shadows.

The sound design is good despite the game’s age.  Hybrids mutter creepy chants while the sounds of various mutants and machines alert the players to oncoming danger.  The music and voice acting on the other hand could use some work.

While the music isn’t bad per se, the tracks are short and the way they loop is rough and noticeable.  Voice acting ranges from believable to subpar depending on the audio log playing out.

You Travel Within the Glory of my Memories, Insect

Despite the game’s graphics, confusing levels, and subpar final hours, System Shock 2 is a great game even if it is about 14 years old.  It may not be on the same level as Bioshock Infinite in terms of story and gameplay, but it is still fun and is filled to the brim with Ken Levine’s design style.

It may be a little too old-school for today’s gaming generation, though for only $10, or less if you wait for a Steam sale, there’s is no reason not to purchase.  It’s very rare to see history in the making. That’s why System Shock 2 is worth a look.