Neverwinter, a game set in the D&D universe, started as a series of isometric RPG games with a heavy focus on pausable strategic combat. Since then Neverwinter has evolved into a free to play MMO with fast paced action combat, player created content, and a unique currency system.

Am I Stuck in a Fable Again?

The questing system in Neverwinter borrows a feature commonly seen in Fable games; the glowing path of bread crumbs. This path will show you how to get to the quest location you specify as your primary quest, and it will switch to the next closest event after you complete the objective. Some quests lead you into dungeons, which are solo instanced experiences with a big boss at the end of each. These became some of my favorite quests and are some of the more difficult challenges in the game. Of course, with great risks come great rewards and the loot you get is generally better from the instanced content. Loot in Neverwinter comes in 5 qualities: dark gold (junk), white (common), green (uncommon), blue (rare), and purple (epic). 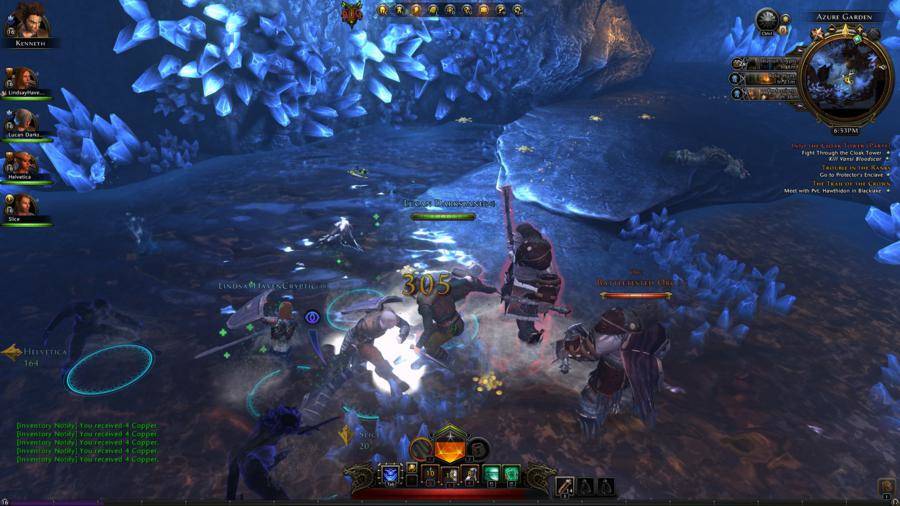 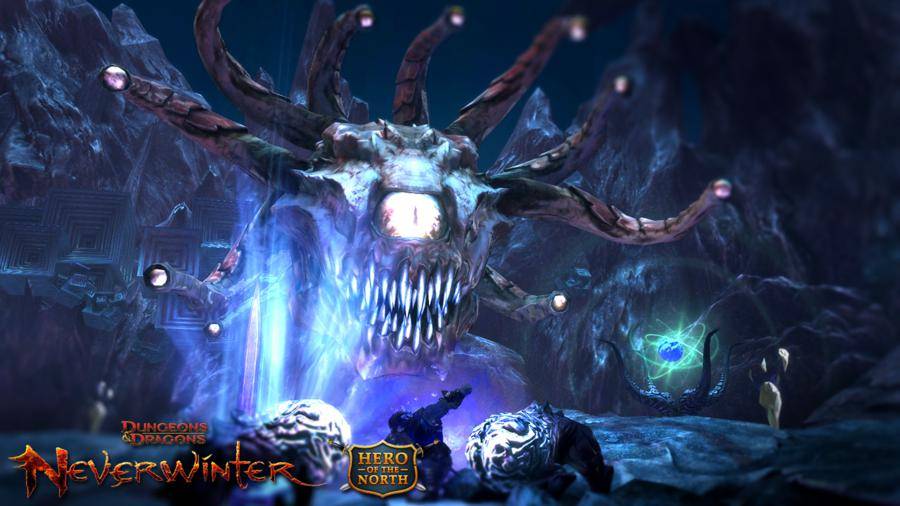 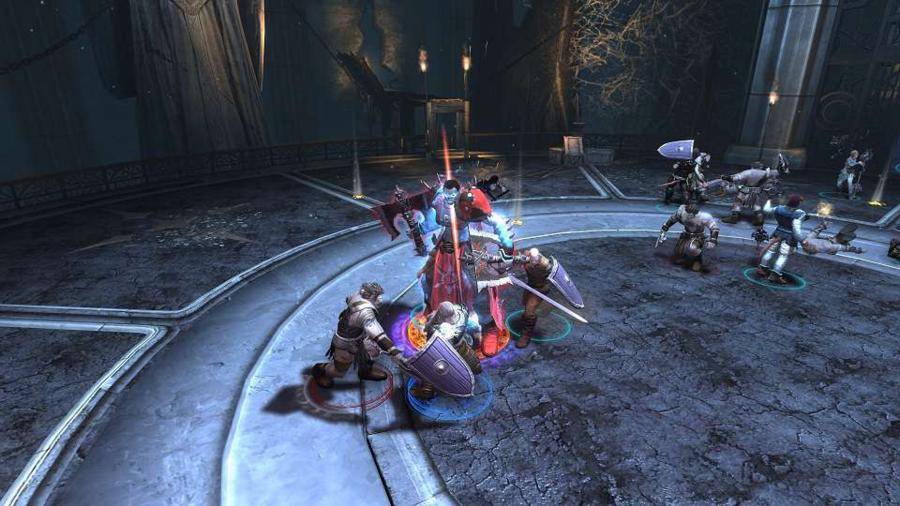 When you reach level 16 you will get your first companion that will quest with you and automatically use their abilities to assist you. Each companion has a quality color which determines the max level he or she can reach; Purple is level 30, Blue is level 25, Green is level 20, and white is level 15. As the companion levels up, they will unlock the ability to equip certain pieces of equipment making them even more powerful. On the downside, it seems not much work has been put into the AI. Too often I will be attacking an enemy and my companion will just be standing there observing the battle occurring before his eyes only to charge in as I finish off the last enemy.

If there is one aspect of Neverwinter that stands out as a truly unique feature it would have to be the player created content. Players can build entire dungeons with expansive storylines and then publish them on the Neverwinter servers for everyone to play. At the end of completing any player created content, players are asked to rate the content. Foundry missions, as they are called, are then organized by rating so that the best user created content is always at the top. There literally is an endless number of dungeons, caves, and stories to explore.

A Change of Pace

Combat is a fast, visceral, and satisfying experience that keeps you on your toes. Enemies will do strong attacks that will place red areas on the ground warning the player to move out of them. The dodge mechanic can allow you to quickly move out of these regions or away from an enemy’s basic attack. Because there is no mana or resource usage in the game everything is cooldown based; as such, dodging and surviving longer periods of times is even more important. Abilities are divided into a few categories: passive, at will (your auto attack abilities basically), Encounter (crowd control abilities), and Daily (powerful abilities that take time to charge). As you level up, you will receive points to spend in an ability tree, as well as in a feat tree. Feats are passive talents that can buff your character in various ways, while abilities are divided up into the previous discussed categories.

I Need What? To Buy What?

I’m going to put this as blatantly as possible. Neverwinter has possibly the worst currency system known among MMOs. There are three major currencies in the game. First, we have your typical gold currency which is used to purchase potions and minor supplies from vendors. Surprisingly, gold is actually the least valuable currency in the game. Next, we have Astral Diamonds which are the only currency acceptable in the auction house. Astral Diamonds are gathered through invoking (which can be completed once every hour a maximum of three times a day) as well as daily quests, and crafting. Even with the multitude of uses for this currency this is still only the second most valuable currency. Lastly, Zen can be purchased with real money or with Astral Diamonds.

Generally the exchange rate is around 360 astral diamonds for one zen and most items in the zen shop cost at least 300 zen. The most unfortunate part about this currency system is there is a severe lack of items to purchase with gold. My hope is an update someday may convert player gold to astral diamonds and remove gold from the game completely.

Neverwinter is the best free to play MMO I have played to date. There is also a ton of additional content planned for Neverwinter, including new classes, new races, new paragons for each class (which give you completely different powers), new dungeons, and most likely a higher level cap. You can expect to hear more about this title in the future as they release more content.