Global Outbreak Doomsday Edition is another mobile port that was free for phones and tablets, but now you can pay real money for the privilege of having it on your PC. At least it’s much better than most mobile games that find their way to Steam.

Global Outbreak is a top-down shooter combined with some X-Com elements, but having you fight a lot of zombies instead of aliens. It’s being advertised as a real-time strategy, which isn’t really true. Apart from choosing which city to defend first there is no real strategy to be found in Global Outbreak.

Global Outbreak is fun for a short while, but doesn't have any kind of longevity

You take control of a private military that has to defend the world from the undead. Ten meteors hit the earth, each containing a deadly pathogen that turns people into flesh-eating creatures. The story isn’t anything to write home about, but it does enough to build the premise.

When you first start you have 24 hours to save our planet. Each meteor destroyed gives you another day, but it infects cities nearby, which will need your help in fighting off waves of zombies.

You have the ability to recruit new people, as well as upgrading and changing the weapons available to them. You unlock new helicopters and weapons by doing contract missions which change the objective, making the game a bit more interesting and giving you a nice break from the same repeated mission. 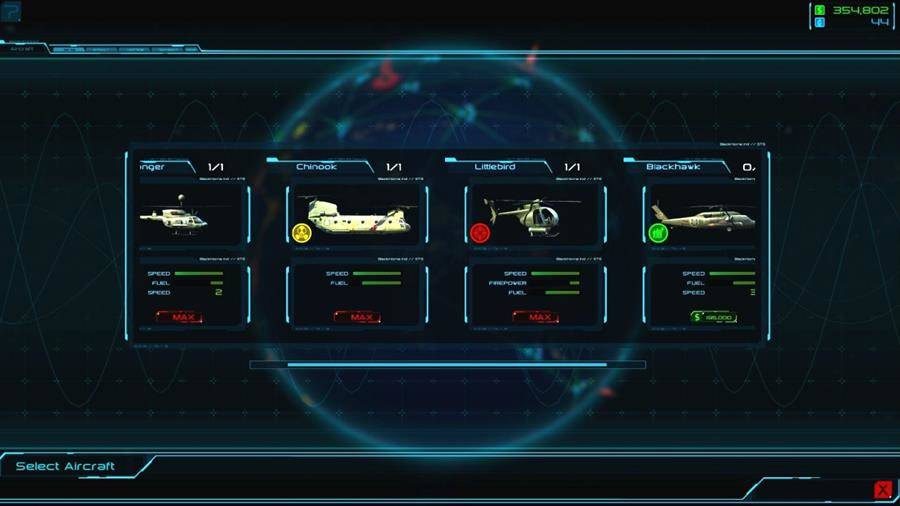 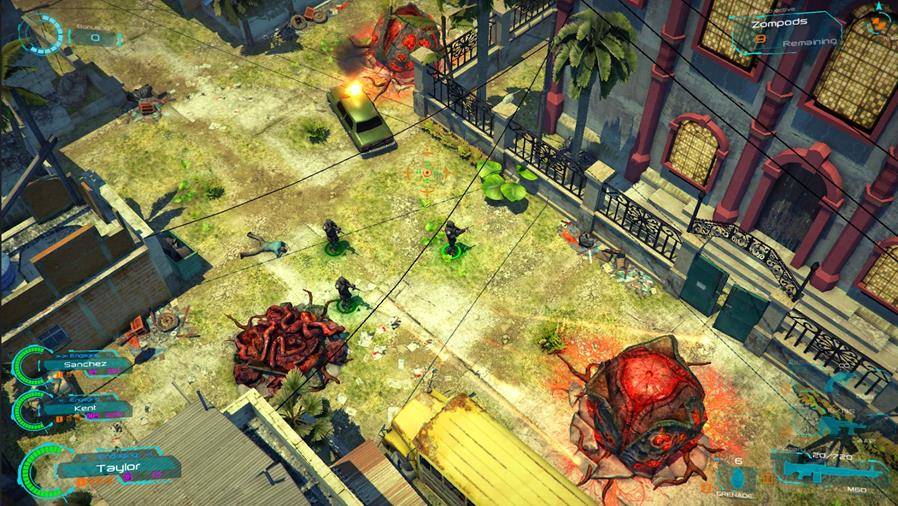 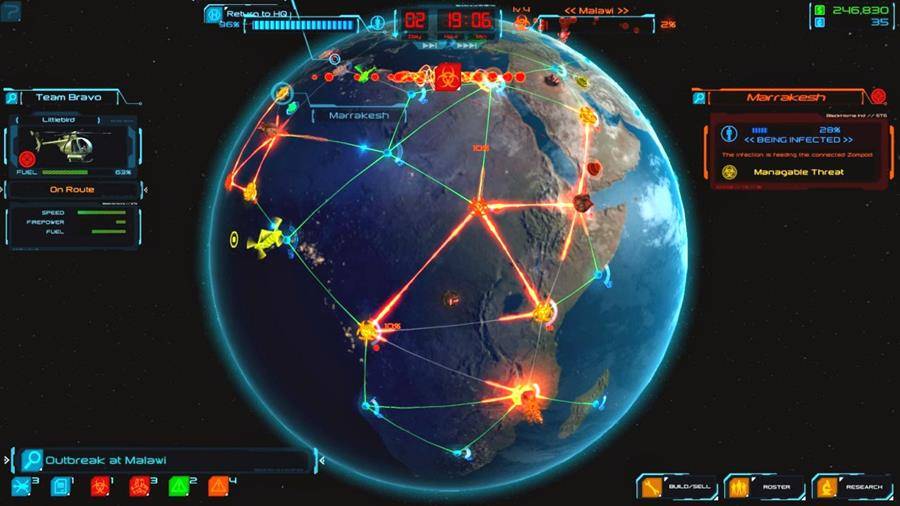 You’re mostly asked to command where your helicopters are going. Then you have to wait for them to get to their destinations, but thankfully you can fast-forward until they finish their task.

The combat is very repetitive and gets boring after the first hour. Global Outbreak doesn’t offer much variety apart from the contract missions, which still have you shooting zombies, but at least in a different context. The weapons don’t feel or sound great and none of them are very fun to use. The levels are very small and repetitive and don’t do the game any favours.

The AI isn’t very smart either, but this is negated by throwing a large number of enemies at you. It’s very easy to get part of your team killed if you are outnumbered. You will then need to replace the lost teammates with recruits. Thankfully they seem to start at a pretty high level unlike other games with this feature.

The game looks average, the user interface is satisfactory apart from the objective arrow which is unnecessarily hard to see. I believe this happens because of some weird lighting effect, which also makes the enemies quite hard to spot. Combined, these can make some levels very frustrating.

Global Outbreak is fun for a short while, but doesn’t have any kind of longevity. The idea is interesting, but it just doesn’t get enough things right to live up to that potential. If you are a fan of the genre you might want to consider picking it up when it’s on sale, otherwise give this one a miss.