Dozens of overpriced mobile ports get released on Steam every month. Frontline: Road to Moscow is no different. The game was originally available on the Appstore in July before being ported to PC. The game is a turn-based strategy title that has you control the German army and, as the title suggests, you have to make your way to Moscow by capturing every town in your way.

It is 88mm’s first game and it was published by Slitherine Ltd. who have a history of putting out pretty decent strategy games such as Pandora: First Contact and Panzer Corps, but Frontline: Road to Moscow has nowhere near the same production values as those games.

Frontline: Road to Moscow is a standard mobile port with short levels and poor controls

As many of us will have come to expect from mobile ports, the UI has giant menu buttons that were obviously originally designed for mobile users. It does not take advantage of it being on a platform that has physical buttons, so there are no shortcut keys like other turn-based games such as Civilisation V or Panzer Corps.

The game has atrocious sound design too; the weapons don’t sound like they should do and it just makes the whole experience feel cheap. The music seems like it’s stuck in a three second loop that goes on throughout the duration of every level. Graphically, Frontline looks okay, for a mobile port, but the animation quality is dreadful, and for some reason when a unit dies it faces the other direction and then disappears.

In every level you are presented with a number of units and can also call in reinforcements or an air strike that will do some damage to an enemy unit. Every unit called in or every supply or airstrike used costs a certain amount of in-game money which can be refilled by capturing bases that are scattered across the levels.

Every unit can move a certain amount of spaces and attack an enemy or use a special ability. A defending troop can shoot back if the other unit is in range. After a unit has defended three times it becomes fatigued and can’t defend until the next turn. If a unit kills an enemy, it triggers something called initiative, which gives the troop another chance to attack someone. 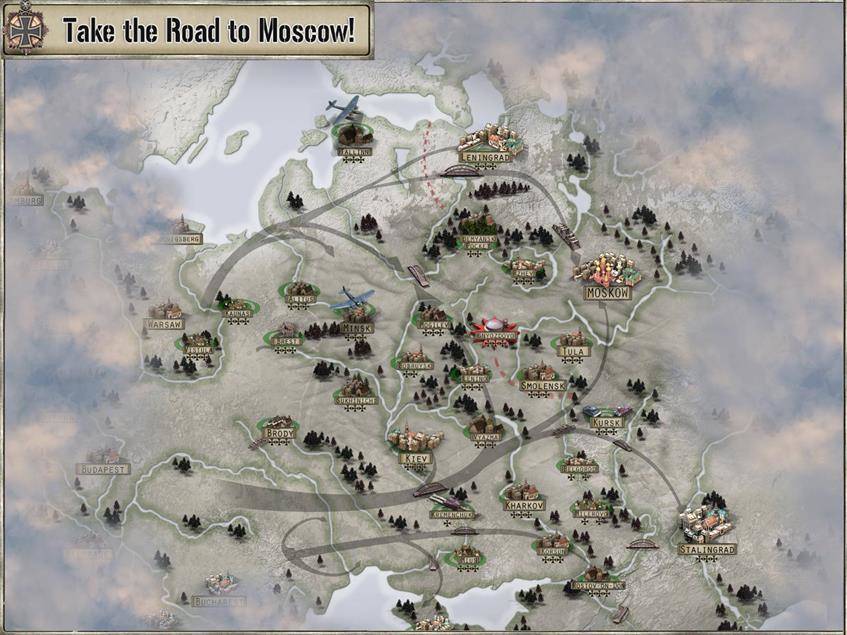 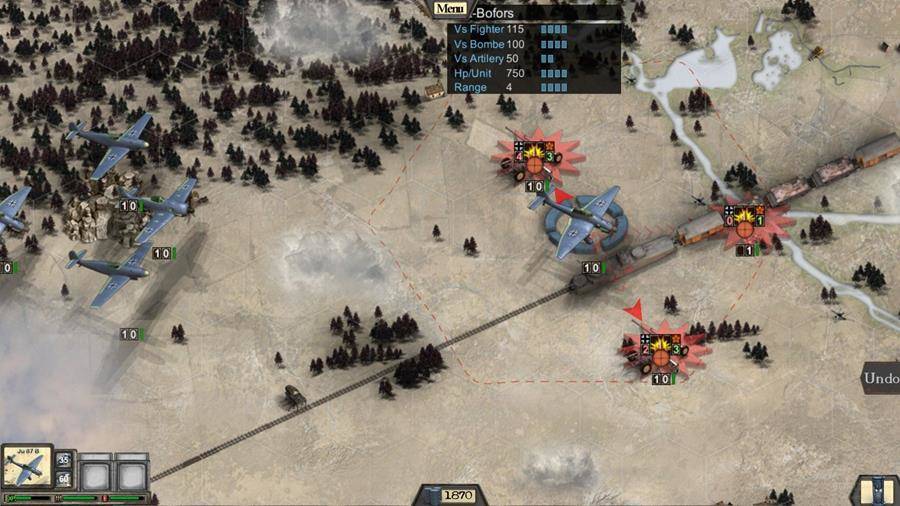 While visually off, the user interface is acceptable in that it offers enough information about each unit. When you mouse over a soldier you are presented with numbers on how good it is against other types, but the game often fails to mention what any of the numbers mean. This makes things more confusing than they should otherwise be, but when you get used to it, it all becomes very easy to read.

Has a lot to offer

There are 26 scenarios and it does a good job of introducing new units gradually while changing the optional objectives for every mission. The primary goal will always be to capture the main town, which can get boring, especially since it’s easy enough to get full marks by just avoiding the majority of each stage and heading straight for the main objective. There’s also no way to upgrade or even choose your units, and the enemy always seems to have more fire power than you. It doesn’t take much to outsmart them though.

Like most iOS games, the levels are fairly short and the AI is not very especially clever. It doesn’t always attack the right person and most of the time you have to get really close to it until it’ll actually attack you. Enemies won’t make use of the various special abilities at your disposal either, making it all too easy to finish them off.

In conclusion Frontline: Road to Moscow is a standard mobile port with short levels and poor controls, but it offers a large variety of units that make each level interesting, setting it apart from some of the more barebones iOS games. If you are a big strategy fan, you should probably give this game a miss since it’s not complex enough to satisfy you.