The king has been murdered by his three children, but not without siring a illegitimate heir. After having an affair with a dragon (who we’re assured was in female human form at the time), a child is born. You’re that child. The future of the kingdom is in your hands, Dragon Commander.

Divinity Dragon Commander combines a variety of genres to create something that’s incredibly accessible and very fun. Blending RTS, RPG and action, Dragon Commander allows you to fight on the front lines as you try to unite your kingdom after the murder of your father. You’ll also be controlling your army and running your kingdom.

It sounds like it should be very complicated, but it’s not. On many levels, it’s not quite as involved as Civilisation, but it makes up for that by letting you play as a Jetpack-equipped Dragon.

Dragon Commander is definitely worth a look

Gameplay within the campaign takes place over a number of different screens. Aboard your ship you can talk with a variety of different people – your generals, your advisers, people making new skills or troop types – and get a feel for both the kingdom and the job that you’re doing ruling it. It’s here that you’ll meet with representatives of every race in the game, and you’ll need to deal with their problems.

Perhaps the best comparison would be Fable 3. One of the representatives will come to you with a suggestion or problem, and you’ll be able to make a decision based upon both advice from other representatives and your own opinion on the matter. Allow conscription or not? You’ll hear many opinions on why it’s a good thing and many on why it’s a bad, but it’s up to you to decide what you want for your kingdom, and to deal with the fallout that comes from your decision.

When you’re done on your airship, you’ll want to head to the bridge and see the state of the world. This is presented to you on a board game-esque map, with each region of the world drawn up and bordered off accordingly. Think Risk, but without the reliance on dice. 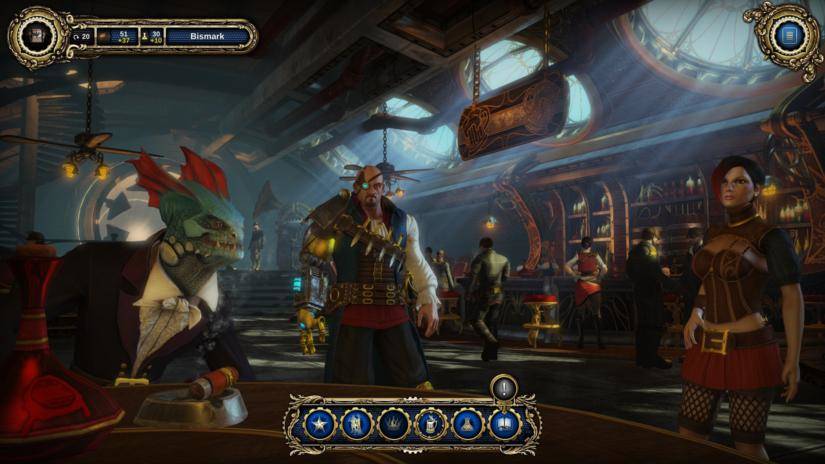 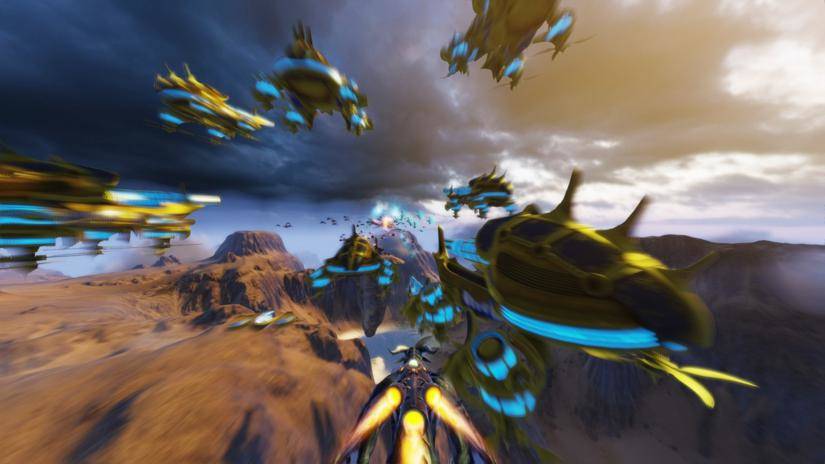 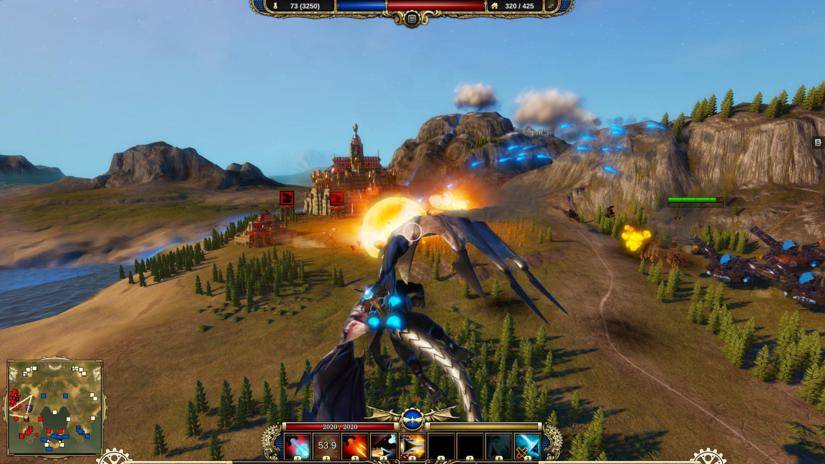 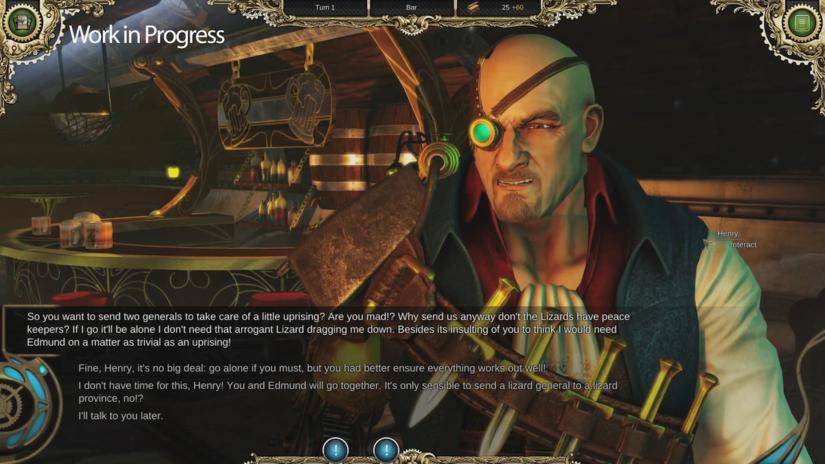 From this screen there’s an awful lot you can do. The most important actions will have you preparing or moving troops, erecting buildings (which offer bonuses, either extra gold or cards) or playing cards. Cards offer advantages of their own, and you’ll use them to various effect.

The main goal is to take over the entire world, and by working  carefully through the RPG and card elements, you’ll have a good chance at working your way through the main portion of the game: the RTS.

Divinity: Dragon Commander isn’t at the top of the charts for any of the genres that it borrows from, but it does it all competently enough that the average person will enjoy the product as a whole. This may not be true if you absolutely adore the RTS genre, however.

It’s very much like you’d expect any other RTS game to be, up to a point anyway. You select a group of units, tell them where to go, watch them fight, create new units… It feels like a tower defence game, and in many ways it is. Capture certain areas of the map, build things that’ll help your battle, move on.

The AI of the enemy doesn’t always feel entirely fair, and it’s not always easy to do things with just your units alone. Instead, you come to rely on your dragon.

By successfully utilizing your dragon skills, you can easily turn the tide of battle

A minute and a half into the battle, you’re given the ability to transform into a dragon and take an active part in combat. You can fly around, fire upon enemy units… you even have a variety of MMO-style moves and boosts. By successfully utilizing your dragon skills, you can easily turn the tide of battle, and, in fact, I came to rely more on my Dragon than on my troops.

For me, this was perfect. When things were going badly, I could hit the R button to transform and then hold back an army while my own army regrouped or while I created more units. More than that, I could clear out entire enemy areas, only to have my army come along and claim it seconds later, barely a scratch on them.

It’s fun and there’s definitely an element of strategy in there, but it’s not going to be deep enough for someone that wants an alternative to Starcraft or Command and Conquer. This is a really good thing for the rest of us.

The RPG elements, the “board game” strategy and even the RTS segments combine into something that’s not necessarily like anything you’ve played before. A decent story and characters that, if they’re not exactly memorable, work to pull you into the world.

This sometimes works a little too well. The tutorial, for instance, is largely useless, explaining things that are obvious but leaving you guessing at the harder stuff. You’ll likely lose your first battle for just this reason. It doesn’t help that the enemy is very aggressive either, so if you hope to have a few turns of diplomacy and conversation, you’re not going to be able to do it. Before long, they’ll come for you and you’ll be forced to fight, either directly yourself, or by sending in a general on your behalf.

That doesn’t stop it being fun, but it may end up with you getting frustrated.

Graphics and sound design are both more than adequate. The graphics are pretty decent, but are naturally better when things are close up in the RPG segments. This only serves to highlight how open and “built” the RTS fields feel.

Sound design, on the other hand, doesn’t really have any flaws. The voice acting, I suppose, isn’t exactly Oscarwinning stuff, but I blame the writing rather than the cast for that. The music is excellent, far beyond what I expected, and does a great job at matching your mood.

Divinity: Dragon Commander is a fantastic attempt at creating something new and fun. It plays well, it looks good and there are very few complaints. A sequel or patching could improve on things here and there, especially in terms of depth, and more needs to be explained in the tutorial so players can enjoy from the very start, but Dragon Commander is definitely worth a look.