Back to Bed Review

Back to Bed Review – Intruduction

Back to bed is an abstract puzzle game that throws you into a surreal and artistic world that has you follow Bob, a narcoleptic man who is stuck in his own dream world. You play as Bob’s creepy, blue dog-like creature, who has to make sure that his master does not wake up by saving him from walking alarm clocks, toothed manholes, dogs and whales on rails. This game might remind you of other indie games such as Braid, because of its colourful art style, and The Bridge, since they share similar mechanics of defying the laws of physics and the use of optical illusions in its level design.

The game’s sometimes confusing level design and short levels can be forgiven for its great use of mechanics, the relaxing soundtrack and excellent art style

It was released on 6th of August on Steam by Bedtime Digital Games, formed by a few students, which last year managed to raise $13,000 on Kickstarter.

In every level you have to create a safe path for Bob to get to his bed. This is achieved by picking up objects such as giant green apples or flat fish bridges and using them whenever necessary. Your character can be controlled with either the mouse or a controller, although the game recommends the use of the latter since using the mouse can be very fiddly at times. The weird angle and the lack of camera rotation can lead you to place an object in the wrong square, which will cause Bob to fall off the map and restart from the beginning of the level, which can be very frustrating, especially if you’d almost finished. 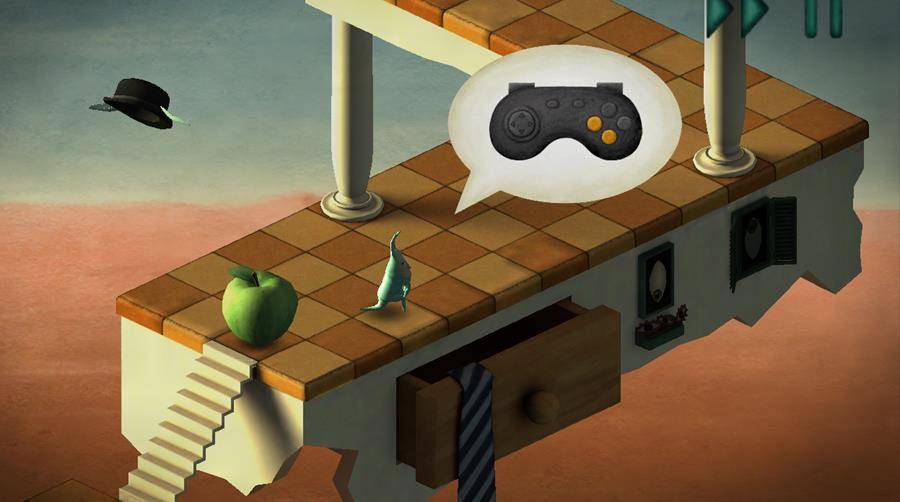 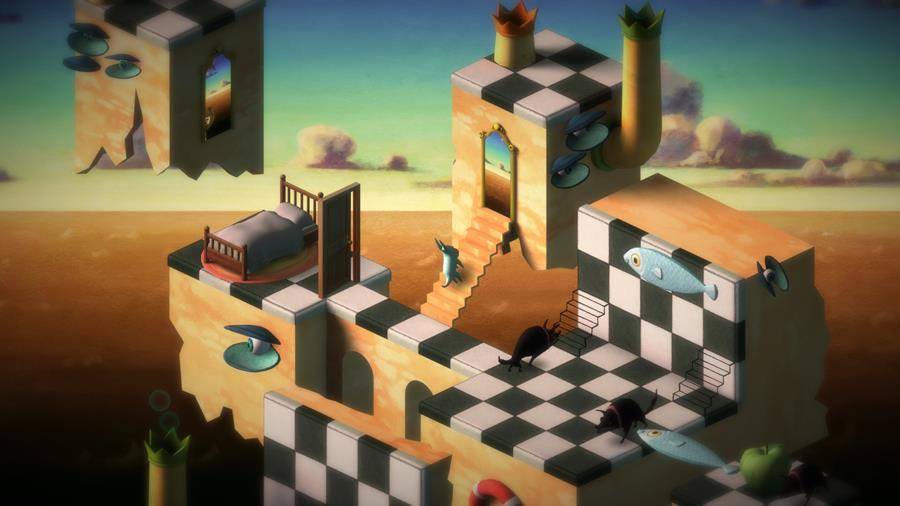 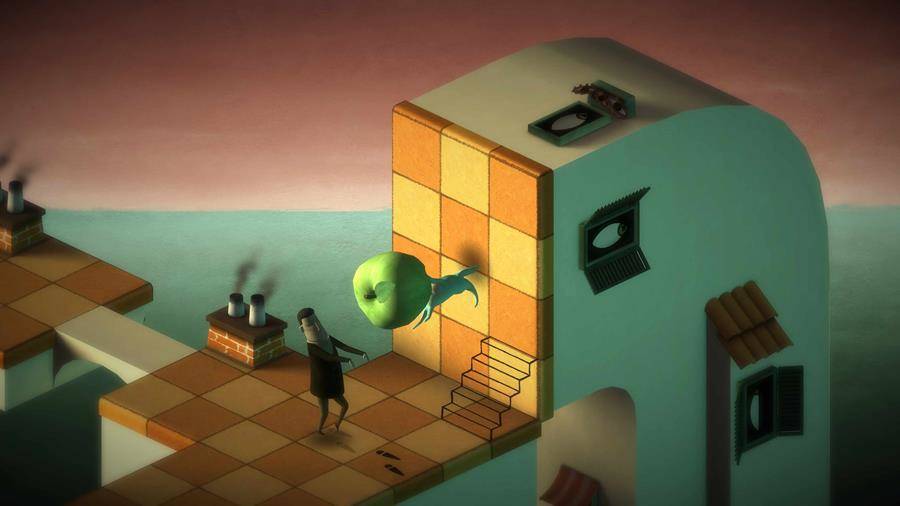 The puzzles follow a basic of rules, every time Bob or a clock walks into a wall or object, they turn clockwise making most levels very easy to complete. You can expect a couple of puzzles where the solution isn’t as obvious, but the game’s surreal level design harms itself by making an otherwise easy solution difficult and confusing for the player. Since Bob moves quite slowly, it can get boring having to wait for him to move to the next wall or object, although the developers do allow you to speed up time.

The game offers you 2 worlds that can be completed in about 1 hour, then it unlocks the Nightmare mode, which increases the difficulty of the game by adding a key to every level which has to be collected by Bob in order to unlock the door to his bedroom. This adds at least another hour of content to the game, which was definitely needed since the easy and short levels of the two worlds are not enough and leave you wanting more.

Back to Bed Review – Conclusion

The game’s sometimes confusing level design and short levels can be forgiven for its great use of mechanics, the relaxing soundtrack and excellent art style that just makes you want to see more of what this game has to offer.