Leisure Suit Larry in the Land of the Lounge Lizards is perhaps Sierra’s most notorious adventure game. While it’s not as crafted as their later work, creator Al Lowe managed to make it and its sequels cult classics in the eyes of the many that played the series of adventure titles released in the late 1980s and throughout the ’90s.

Since then, Lowe has been attempting to reacquire the rights to his beloved Larry, and was recently presented with the opportunity to reboot the initial installment (which was remade once already in 1991) on Kickstarter in what is a essentially a trial run; if it’s successful, he can create more. It’s uncertain at this point if more games will emerge, but Leisure Suit Larry: Reloaded does a solid job serving as a time capsule to PC gaming’s past.

Welcome Back to Lost Wages

Standing alone outside Lefty’s Bar, Larry once again begins his first quest for love in the seedy city of Lost Wages. The streets are filthy, muggers loom in alleyways and every building would fail health and safety inspections on a single glance. It’s certainly an ugly place, but the Hanna-Barbera meets Ralph Bakshi art style easily makes this the prettiest Larry game to date. 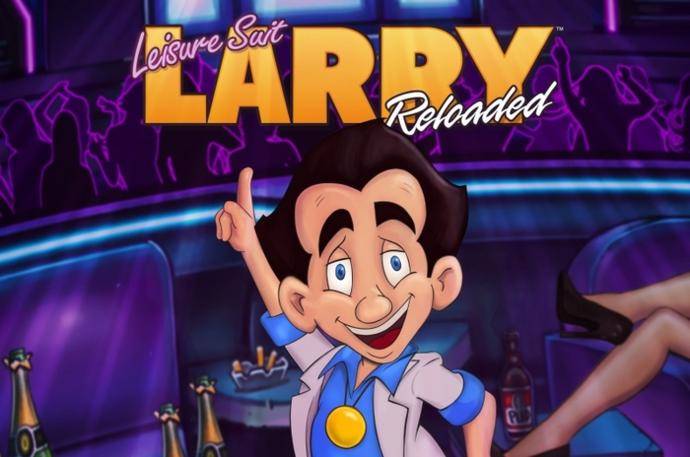 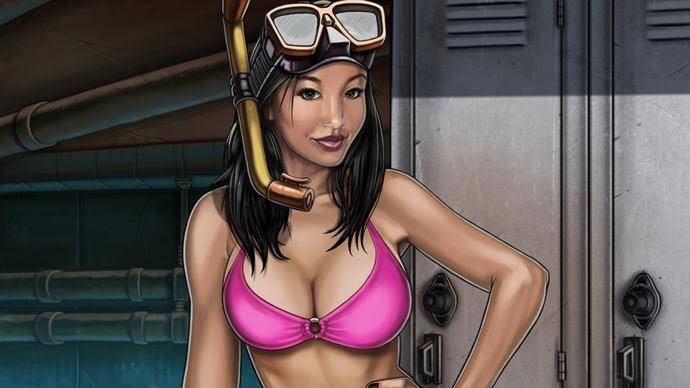 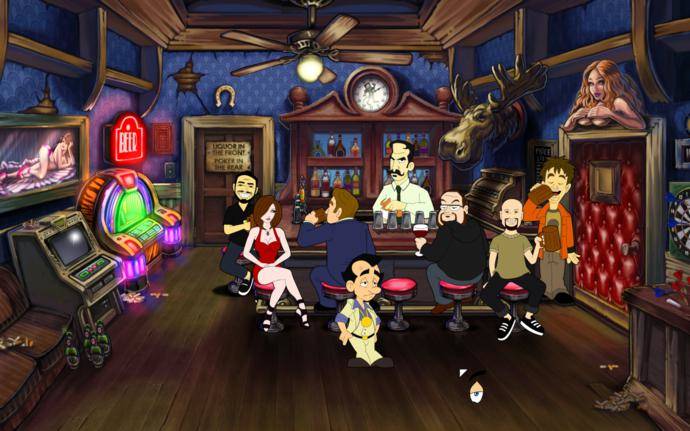 The process of exploring Lost Wages, talking to women Larry is interested in (all of them) and solving puzzles is the same point-and-click adventure fare found in the classic games. Multiple icons are used to look, grab, move, talk, smell, lick, zip, etc., and an inventory in the form of a briefcase is used to store, combine and use the objects Larry finds.

Despite the gameplay remaining the same, there are plenty of upgrades. As mentioned earlier, the visual aesthetics are one of the first noticeable improvements over the original releases, the other being the brilliant score composed by Austin Wintory, who recently won a Grammy for his superb Journey soundtrack. He’s obviously a versatile musician, and his style works very well here. His talent created some wonderful jazz, blues and big band tunes for this remake, including a great new arrangement of the Larry theme song.

Other than the the addition of voice-acting and a snarky narrator, the music and graphics are really the most prominent changes, but there are some tweaks in a few areas that make it more playable than the original, and even provide it with more depth. The core design is still there, but the small differences not only make the game better, those that have played the original should find them refreshing.

One of the biggest complaints people had about the Sierra games of old, including LSL, was the fact that it was possible to die and have to restart, which caused some problems if one didn’t save frequently. In Reloaded, however, death does not mean having to start over again, and Larry is able to pick up where he left off immediately before meeting an untimely yet humorous demise.

All of the classic death animations are still there, too, and there are new ways Larry can kick the bucket. There are new puzzles, as well, and some of the old ones have different solutions. This isn’t a ton of new content, but it’s sufficient and makes the game feel like a somewhat new experience, especially with the updated jokes.

Like most adventure games, examining everything with the various action icons is part of the entertainment in Reloaded. In fact, doing so is key in witnessing some of the fantastic writing. The narrator’s smug, smarmy comments are timed perfectly and make interacting with the most mundane of set pieces, like when licking the sidewalk or stroking a telephone pole, eloquent and disgustingly hilarious.

Not Quite a Happy Ending

Even with all the improvements, there are still some problems. Traveling around the city still requires paying for a cab, and all the rides add up quick. Not only that, but money is necessary to beat an important puzzle. These tasks can only be finished by repeatedly playing electronic gambling machines, which is a problem that dates back to Larry’s first outing. It’s the dullest aspect of the game, and it’s disappointing that the developers didn’t make it more accessible or take it out entirely.

Another issue is that there might not be enough to attract more fans or to quench the thirst of the Larry die-hards. It stays true to the roots of the franchise, which is fantastic, but some new design ideas could have pushed the series forward, and adding in more areas to travel to and making the puzzles more complex could have made this reboot more engrossing.

Overall, this redesign works. None of the added bonuses feel out of place, and the developers stuck with what Leisure Suit Larry is all about while at the same time polishing it up. It’s probably not going to stand out among the crop of recent adventure games, or win many new followers, but it should be enough to at least pique the interest of the uninitiated, and old fans will find it worth their time.