Final Fantasy VII is a classic. Its story, its score, its mechanics – for many this was the game that defined what RPGs should be. With another re-release, this time on Steam, Square Enix proves time is no barrier to a decent game, although a little polish might serve to get rid of the dust.

A SOLDIER at Heart

Cloud Strife, ex-Soldier and haircare consultant, joins a ragtag band of eco-terrorists called Avalanche. After killing countless people in their quest to save the planet from Shinra, the team are captured and are then catapulted into playing a slightly more pro-active role in trying to stop the destruction of everything they hold dear.

Final Fantasy VII has almost gotten to that Casablanca level of cliché at this point. All the characters, locations and gameplay mechanics that have spent two decades influencing millions have become almost par for the course in the JRPG genre, and have strayed well into beaten Chocobo territory for parody. For those familiar with other RPGs but not with Final Fantasy VII, this will likely be your biggest barrier of enjoyment.

And aside from that, it’s actually aged extremely well. The characters – which have received a slight freshening up for this re-release – still move like stick figures, but context and stylization helps them along. The pre-rendered backdrops -so beautiful on the Vita’s OLED screen – seem a little stretched and grainy. It’s a shame Square couldn’t swap them out with better quality versions. 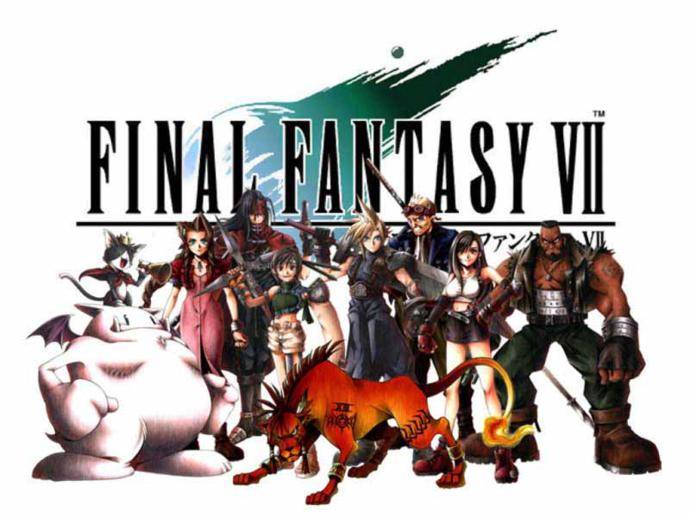 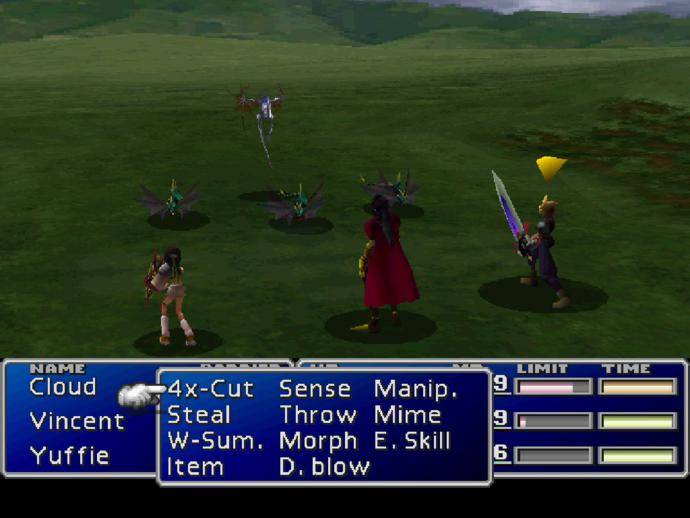 Everything else you remember is there, and works as perfectly as ever. Playing with a keyboard is only a little weird if you’re used to holding a PlayStation remote in your hand whilst taking on any Final Fantasy game, but it works all the same. It’s not action-based enough to change the way you play.

Final Fantasy VII consists largely of walking from place to place, reading a little text, watching a cutscene, fighting lots and lots of monsters and finding interesting, powerful Materia combinations. It’s a typical RPG game, and probably isn’t enough to convert those not interested in the genre. Especially considering its place as “best RPG ever,” which might sour the experience from the get go.

It's a game plot done right, and a few inconsistencies and plot holes aren't enough to discount from the adventure as a whole.

The story is above decent, and there’s a reason the characters have become so iconic. You’ll love spending time with them, you’ll love watching as they grow and learn from how the world is changing. It’s a game plot done right, and a few inconsistencies and plot holes aren’t enough to discount from the adventure as a whole.

The battle system is as good as any other RPG, allowing for a flexibility and control that’s missing from almost every modern game. As we became more action focussed, the ability to control three or four characters at a time has disappeared in our mainstream titles, and it’s sorely missed.

Perhaps part of the reason the battle system works so well in Final Fantasy VII is because of Materia. Materia – made from the life stream, a substance that endows the user with special abilities or magical powers – can be collected, mixed and matched over the course of your adventure, and is incredibly deep.

Combinations can create more powerful abilities, and experimenting and growing your Materia is key to really getting the most out of Final Fantasy VII.

When you’re not progressing through the story or obsessing over your Materia set, you’ll probably be exploring the world or checking out side quests. There’s still hundreds of people to speak with, dozens of things to do and unlock. The world is incredibly deep, and you’ll want to see every inch of it before the end.

It’s probably not the best way to play Final Fantasy VII – that really goes to downloading it to your Vita – but it’s the most modern. This new Steam release, like last year’s PC release, brings with it a handful of new features designed to add a new layer of play to a classic title.

Whether it works or not depends how much you care for run-of-the-mill achievements and how much you hate random battles.

The achievements really aren’t anything special. They cover all the bases – you’ll need to go a little off the beaten path to get them all – but levelling up characters and Materia, using limit breaks and unlocking summons is hardly going to cause too much of a stretch for a die-hard Final Fantasy VII fan. Now unlockable for Steam, there’s more value to these than there were before, but only just.

It's probably not the best way to play Final Fantasy VII, but it's the most modern.

The character booster is designed to keep the story flowing, and for that I can’t fault it. A few traditionalists have spoken out against it, but the fact that it’s optional and that not everybody can afford to put tens of hours into their games makes it a more than welcome addition. If you don’t like it, don’t use it.

Finally, cloud saves. This messes around with your offline saves quite a bit (as in, replaces them), so you might want to take the option of turning off cloud saves. For those that are always online and know they can play without worry, it’s a nice way of backing up your adventure, although it’s not very well implemented.

Perhaps the best thing about getting Final Fantasy VII on Steam is that you’ll be able to fix many of the game’s problems. Crappy music that for some reason replaced the PS1 originals? A thing of the past with a simple copy and paste. New character models and resolution options? Easily implemented.

It’s not hard, there are instructions and downloads all around the web. If you want a new and exciting Final Fantasy VII experience, there are people out there that are willing to provide.

Final Fantasy VII remains one of the best games ever made, and an example as to why Final Fantasy is the brand it is today. It rarely makes a step wrong, only occasionally losing its pacing. This Steam release makes for the easiest, most accessible version of the game to date.

Graphics aren’t always everything they want to be, and the base score sounds off, but if you haven’t played it and are at all interested, your only excuse is the ridiculously high £9.99 price tag.