The Wolf Among Us In Sheep’s Clothing Review

The Wolf Among Us In Sheep’s Clothing

The Wolf Among Us In Sheep’s Clothing Review – Introduction

The Wolf Among Us’ fourth and penultimate episode, In Sheep’s Clothing, still contains the same well written dialogue and peculiar characters, but fails to offer up anything substantial or new to the table. Following what is, in my opinion, the best episode in the series, A Crooked Mile, which left main character Bigby Wolf in a critical state, I had high hopes for this installment. This unique series is coming to an end soon, but In Sheep’s Clothing did not do anything to elicit that feeling. Instead, what we get is an episode that’s character driven, and although that isn’t a bad thing, there is a serious lack of forward momentum.

Telltale opted to shine the light on its large cast of characters, giving them the time to be further developed. In Sheep’s Clothing is littered with quiet character moments that, once again, play nicely into the eccentric world that the Fables comics creator Bill Willingham was able to forge all those years ago. Bigby’s interaction with other fairytale characters here is as fascinating as ever.

Whether it’d be the cordial Snow White or Beauty, or some of the other largely irreverent characters such as Jack Horner, the dialogue between Bigby and said characters are always well made. But there have already been plenty of these moments in the series thus far, and since In Sheep’s Clothing is dominated by said moments, it leaves the excitement and intensity of what the penultimate episode should provide, behind. Telltale’s relentless and fastidious approach towards character development is admirable, and the studio is quite good at it too, but it’s time to speed things up.

This episode picks up right where the last one ended. As already mentioned, Bigby is in a critical state after A Crooked Mile’s ending, and any more violent confrontations for him will most likely end his life. He has a particular way of dealing with things, and since nothing is going as planned for the detective of Fable Town, he has to come up with other ways of solving the conflict at hand. I quite enjoyed this story beat, and Telltale was able to effectively utilize Snow White’s more straight arrow nature as she offers up her own way of dealing with things.

The choices that are offered here, forcing you to decide if you want to stick to Bigby’s guns or take a more passive route, were engaging enough. Given Bigby’s state, I decided to take the more passive route which slightly changed some of my decisions. Seeing a gentler and kinder Bigby was refreshing but still, there were moments where he succumbs to his old ways. This made the episode feel at odds with itself, as it was struggling to satisfy the choices I made while trying to tell its story, a problem that I felt wasn’t present in the previous three episodes. 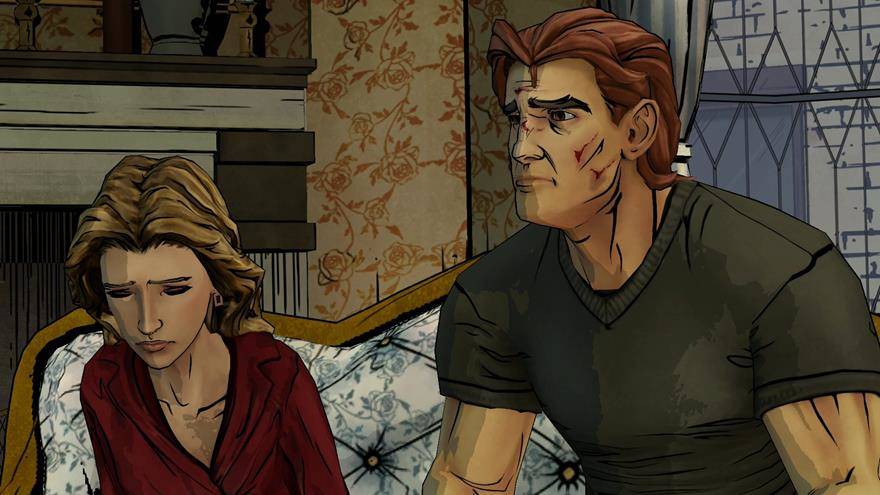 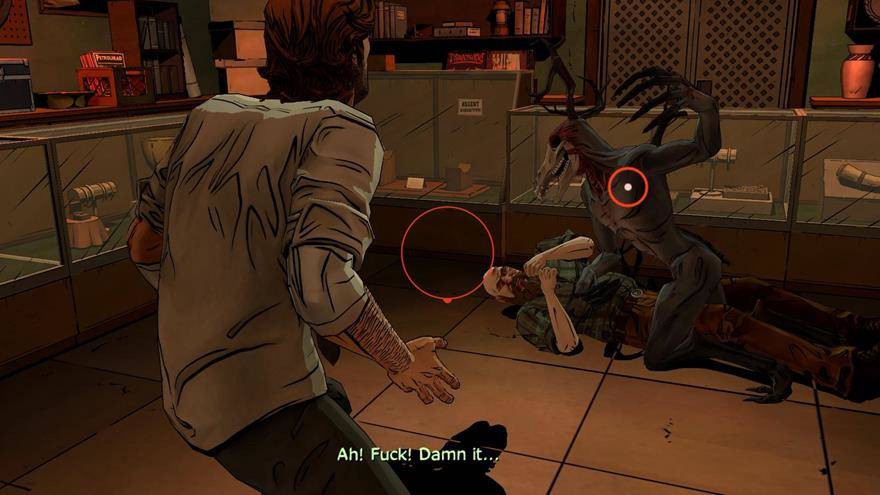 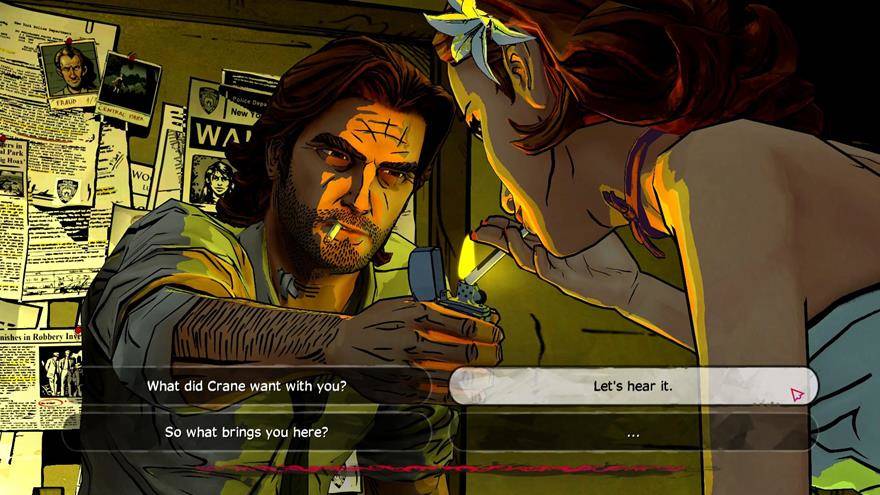 Those very same episodes also contained far more interesting locales for Bigby to visit. There is only one new location where I got to freely interact with the environment and do some investigation. Much like In Sheep’s Clothing’s egregious pacing, this lack of interesting settings make the penultimate episode feel limited in scope. It’s also extremely short, clocking in at only one hour, making it the briefest of the four episodes. But in that one hour, Telltale managed to fit one major decision the player gets to make. Though promising at first, this “major” decision fell flat as there really weren’t any consequences resulting from my choice, making the episode feel painfully linear. Also to note, this same type of decision was already presented in past episodes with much better effectiveness.

There is combat here however, but like everything else within Sheep’s Clothing, it’s brief and shallow. The one positive constant is The Wolf Among Us’ visual and aural appeal. The occasional technical hiccups aside, this series remains one of the more alluring experiences out there. The neon-noir aesthetic introduced in the first episode is still as gorgeous as ever, alongside its atmospheric musical score.

The Wolf Among Us In Sheep’s Clothing Review – Conclusion

In Sheep’s Clothing unfortunately solidifies the fact that The Wolf Among Us, unlike both seasons of The Walking Dead, is an inconsistent experience. Telltale is struggling to keep the momentum going, and though the developer is still savvy when it comes to character development in this fourth episode, there just isn’t enough compelling story threads. In Sheep’s Clothing still keeps the terrific aesthetic, and whimsical characters intact, but is also plagued by poor pacing and shallow player choices. Hopefully, the studio delivers a far more thrilling finale.