Since releasing Title Bout Championship Boxing 2.5 back in 2008, the boxing simulation series has laid dormant, as Out of the Park Developments shifted their focus full-time to their baseball management sim, finally selling it to frequent collaborator studio P.I.S.D. Ltd. back in May. Hand in hand with that news came word that the long-awaited Title Bout Championship Boxing 2013 would be released – and it arrived this week on PC and Mac, a (somewhat) successful for the oft-forgotten franchise.

There’s one place TBCB certainly doesn’t disappoint: after opening a new game and selecting which genders and classes would constitute my “universe”, the game drops players into the redesigned locker-style home screen and lets them run free. There are over 6,000 fighters (complete with stats, biographies, and photos), from the titans of the ring, to the most obscure professionals from the turn of the century. Players can organize tournaments, individual fight cards, or just simulate one fight over and over again to measure the outcomes: there’s a certain freedom to TBCB that’s liberating, allowing the experience to be dynamic, and take whatever shape you form. 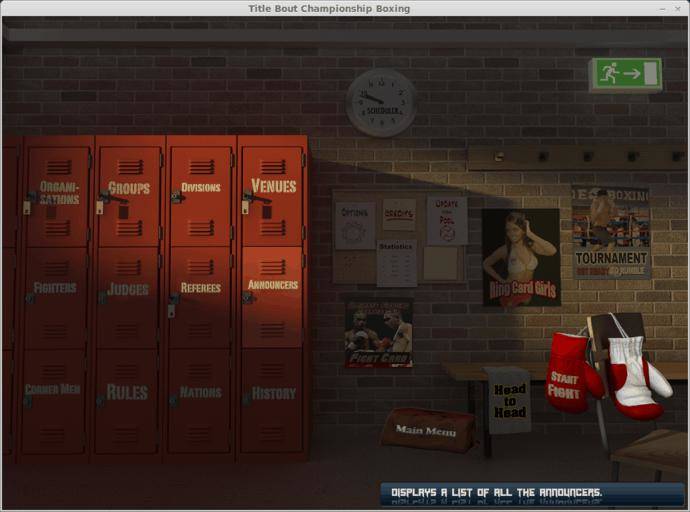 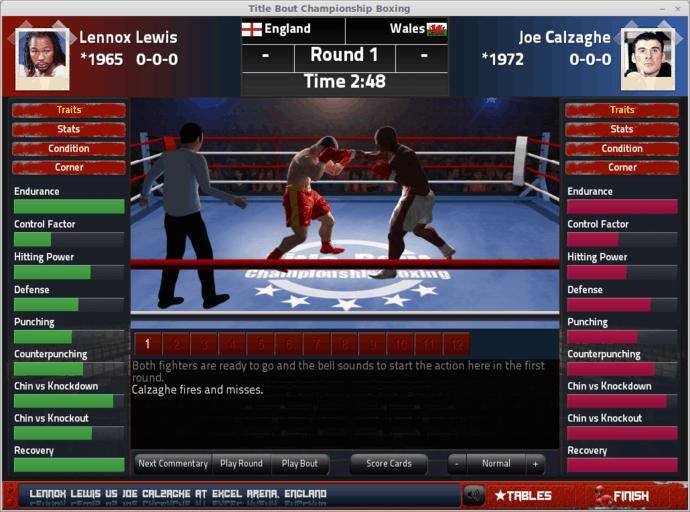 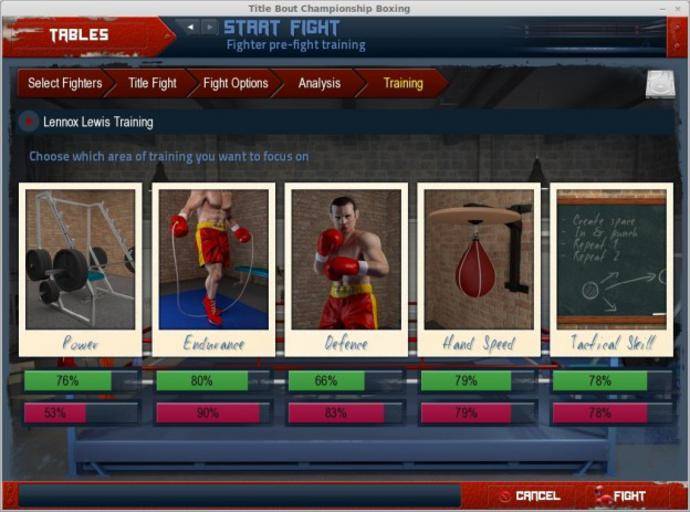 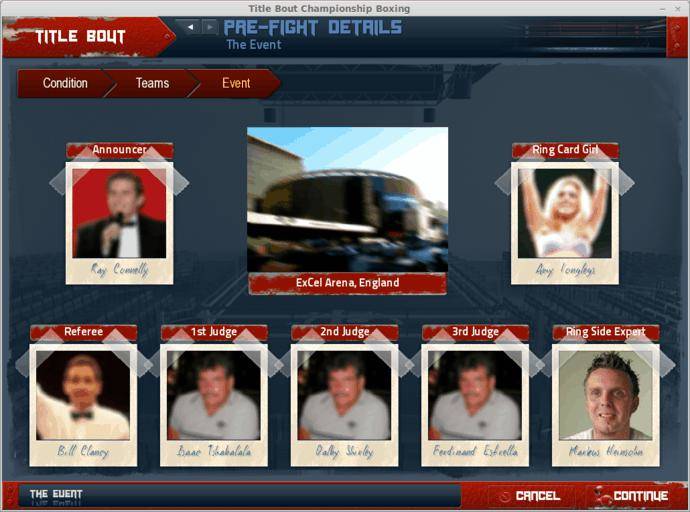 Boxers can compete for titles of course, and it’s organizing fight cards and tournaments around title fights where TBCB really shines. Each of the five major boxing titles (IBF, WBO, etc.) come with dedicated top 20 rankings to track the most viable challengers to the belt – and even has a dedicated section to the history of the title, with short descriptions of each fight where said title was on the line.

The plethora of information contained in TBCB is impressive: from venues, to referees, announcers, ring girls and judges, there is a huge database of past and present voices and personalities from the game of boxing that shows just how dedicated the development team were to creating the most all-encompassing historical boxing simulator possible. In reality, it’s pretty overwhelming at first, but automatic selection options for selecting referees and judges help ease players into the difficult curve a bit.

All of this material is fantastic: unfortunately, it can be a little hard to understand how it all works together.For example: how does a judge’s low score rating correlate to how he’s going to judge any given fight? Some aspects of the game may never become clear, because there’s no tutorial or explanation for how some of the data is supposed to be interpreted – which means TBCB is really only a product for the hardcore boxing enthusiast, the type who wonder what would happen if Jack Dempsey and Mike Tyson ever fought, or what would happen if Manny Pacquio got into the ring with Jack Johnson (and players can even add dynamic bits to each fight, like dictating to each fighter on what their training should focus on, and assigning them corner men for the fight).

Although this is a product focused on the hardcore, it’s a little disappointing to see the game not take an approach that was a little more user-friendly in the beginning. Sure, vets of TBCB 2.5 will jump in easily, but new gamers might find it a little dense with information (or sheer number of boxers) to be able to grasp how to harness all this information and put it to an entertaining use. Of course, there are a number of ways to thin out the boxing pool to make things a little less comprehensive – but again, without any way of explaining how to do this, a lot of tailoring a universe to your liking takes a lot of trial and error.

When it finally gets to the in-event simulation, though, the whole package really comes together. The semi-animated boxers in the center of the ring are certainly primitive-looking, but the text commentary and audience sound effects give the fights a lot of atmosphere. I was surprisingly engaged when I heard a big crowd swell during the 8th round of a title fight for one fighter, only to have the other fighter catch him across the chin with a right hook and floor him, sending the crowd into a frenzy. It can be a bit of a pain to get to that moment, but it certainly isn’t a journey without some entertaining benefits at the end.

Despite a few crashing issues, I enjoyed Title Bout Championship Boxing more than I expected – especially with it being a strict boxing simulator, without any kind of business management layer thrown on top to give the player a feeling of accomplishment as they play. In a nutshell, Title Bout Championship Boxing is the ultimate sandbox for fans or historians of boxing, an entertaining (if not somewhat opaque at times) title, well worth the $20 for hardcore fans of the sport.