Return to Ashan in Shades of Darkness, a new expansion to the hugely popular Might & Magic Heroes VI. With over a dozen new units and a conservative announced guess of 20 hours of new gameplay (We all know we’ll play it more than that), Shades of Darkness is an adventure designed to be a little darker than the game it is based upon.

With that darker tone comes an increased difficulty, a difficulty that doesn’t always feel like it’s been planned out. Alongside that, a myriad of bugs will work against you as well. Is this enough to stop you from playing?

Anybody who loved the original Might & Magic Heroes VI almost certainly needs to buy Shades of Darkness. At its worst, it’s more of the same, but at its best it builds on the concept, managing to better deliver ideas or suitably improve things in a way that few expansions manage. If you enjoyed Might & Magic Heroes VI, there seems very little reason not to buy Shades of Darkness. There are problems, but the basic value is there. 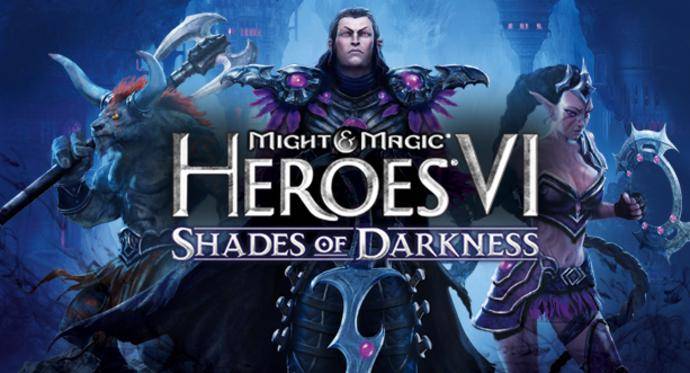 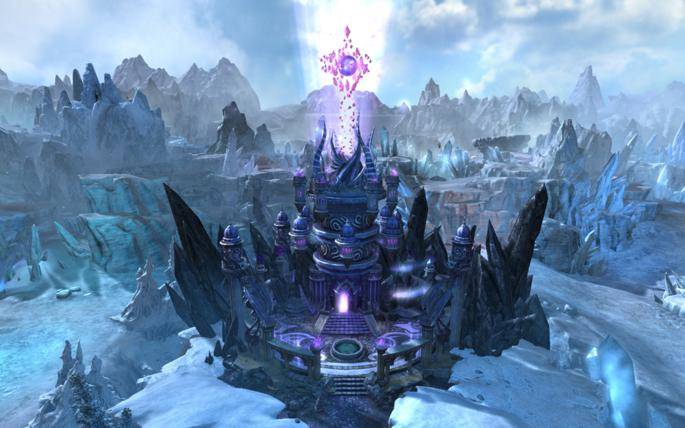 The opposite is also true. If you hate the basic premise or the combat, there’s nothing here to lure you back. Actually, the increased difficulty and minor annoyances will actually make you hate the franchise even more. This is one for the core fans, and even people who quite like the Heroes series will find themselves rather overwhelmed.

The difficulty really is a problem. I’m not one to shy away from a hard game, but I like to feel that death has come as a result of my own mistakes. I don’t like being punished because the computer really, really wants to win, and doesn’t mind spawning an endless army to that end. Strategy gamers have probably come to terms with the fact that the AI rarely plays fair, but the problem seems inflated here.

Talking of inflated problems, Shades of Darkness launch was a complete mess. Things seem largely cleaned up now – at least they’re not nearly as bad – and while you’ll still end up coming across the occasional graphical glitch or crash to desktop, it could be much, much worse. It’s still annoying, but not so bad that it’ll break your game (especially if you save often). It may be that this is the hair that destroys the whole game for you, it’ll tend to magnify your level of annoyance as opposed to actually adding to it.

The rest of the expansion is pretty much what you’d expect it to be. The new units are interesting to use, considering their less direct, quicker mode of combat, but probably won’t be enough alone to warrant hundreds of hours of gameplay. The story is useless, delivered badly and you probably wouldn’t care if it wasn’t. Frankly, if you have to find a review for Shades of Darkness, it’s probably not a game for you.

The graphics for Might and Magic were never going to push your hardware to its limit, but it looks nice enough. There’s plenty of colour in there, which is always nice, and the visuals fit the wider themes. The level design, while occasionally a little bit kooky, is at the very least original and at times surprising. There isn’t a huge amount to get excited about, but little that will actively take away from the experience either.

For the most part, the audio follows this rule as well. It’s good enough that you may even occasionally sit back and listen to the music, and it’s never so bad that you’ll turn it off. That changes when you start listening to the voice acting. It’s like something out of a cheesy Saturday morning cartoon, and while that has its place, it doesn’t feel right here. This will actively impact on your experience, to the point where either you’ll start skipping every piece of audio you come across, or that you just won’t be able to take the story seriously.

Shades of Darkness was built for the people that best love Might and Magic Heroes VI, the people, unsurprisingly, who are most likely to buy an expansion. It’s the same but different, more without overshadowing. It’s not going to convert any new fans and it’s not trying to, but even the most die hard fans will ask why this expansion still fails to fix issues with the base game, issues that have been plaguing purchasers for the best part of three years.

The botched difficulty is the biggest problem, but it trickles down into other smaller problems and before long you’ll find yourself frustrated and asking why on earth you’d purchase such an expensive expansion. If you’re reading this review, there’s a good chance that you’re not entirely sure about buying Shades of Darkness. Don’t. If it was meant for you, you probably would have bought it at launch.