Jack Keane 2 – The Fire Within Review

Jack Keane 2 – The Fire Within

With light beams shimmering around sails, and the deck glistening with a mixture of rain of seawater, the opening gameplay of Jack Keane 2 is a more cinematic adventure than you’d expect from point and clicks. You might be fooled into thinking you’re playing a genre where the main mechanic isn’t clicking randomly on everything in sight.

As tropical, sea-faring, swash-buckling point and click adventure, it’s easy to call Jack Keane 2: The Fire Within a washed up imitation of The Monkey Island series. While Keane draws from the worlds explored by Guybrush Threepwood, right down to the foppish protagonist and cunning, waistcoat-sporting love interest, Deck13’s adventure has just about enough originality to stand alone without toppling over. The charisma, quirkiness and charm of the great point and clicks, however, are woefully absent.

Jack has been captured and placed in a Shanghai prison. With the death of his Shaman mentor (who lives on in Jack’s subconscious), it’s up to Jack to uncover an ancient secret, encountering Chinese guards, roaring pirates and all the other clichés you’d expect from an adventure across the oceans. 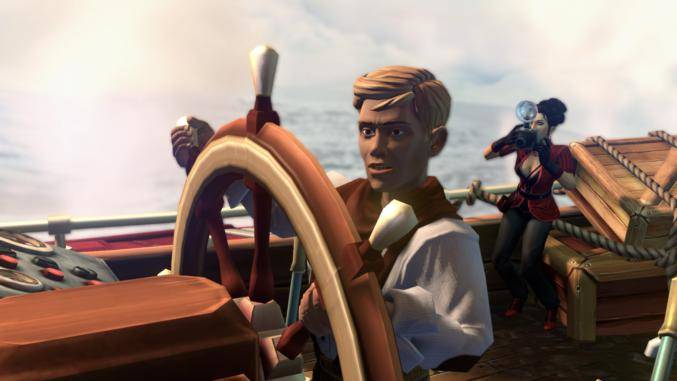 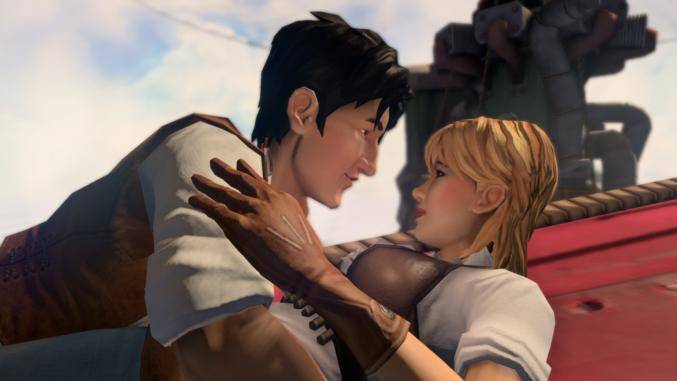 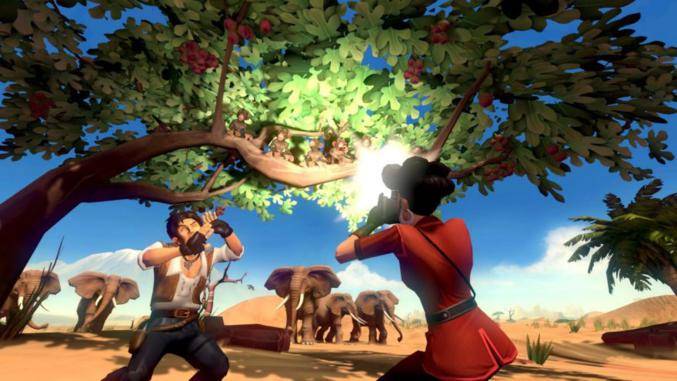 The graphics turned way up, full voice acting, a mystical score and large, stylised 3D environments all work to add a delightful garnish to Jack Keane’s questionable broth. Where adventure games are known for being horribly illogical and frustrating at times, whimsical dialogue, satirical characters and unique stories should be sweet treats in sometimes sour gameplay.

Unfortunately, Keane and friends’ dialogue is a bit of a bore. That’s not to say Deck13 didn’t try to emulate LucasArts’ classics – it just fails in a cringe-inducing dad-humour sort of way. While the central cast are well voiced (though often void of emotion), the accents and intonation of NPCs are so horribly off the mark it’s unenjoyable to watch. I found myself desperately skipping past dialogue to save myself the pain.

Where humourous chatter should be respite from the ‘rub object X on on object Y’ gameplay, Keane’s roaming becomes a respite from unfunny roadblocks. However, whimsy and satire alone does not make a game.

VOYAGE OF THE DAMNED

The interesting 3D environments are both a curse and blessing for the primarily point-and-click gameplay. With direct control of your character with arrow keys, Deck13 has secretly slipped us some very, very rudimentary platforming. Occasionally the camera might switch to a first person view during certain puzzles, or zoom out wide you give you a view of mysterious and colourful vistas.

I think it’s this variety which kept me wanting to persevere. It certainly wasn’t the characters, and the puzzles, while solid, weren’t hugely rewarding. At best, Keane makes you feel smart for solving puzzles by your own logic alone, with minimal clues.

For example, early in the game a light shines into your cell which contains a pillow and a latrine cover. Tearing open the pillow, wetting the filling and polishing the cover enables you to reflect the light and signal to boats. It’s logical, but if you can’t figure it out, a guard will eventually come by and tell you not to signal to boats, and then later Jack might say “If I could only reflect that light..”.

At worst, the puzzles follow a twisted logic which are usually solved by the classic ‘click on everything, talk to everyone’ technique. However, the 3D camera takes angles that – while good-looking – obfuscate objects, doorways and all-important context clues leaving you without a clue of how to progress to the next, unfunny piece of dialogue.

There’s also a fighting mechanic, but it boils down the clicking on a button before the time runs out. Rather than adding energy to the slow-paced adventure, it slows action to a tedious, one-liner spouting, canned-animation crawl.

While Jack Keane 2 has a nice aesthetic sheen and the puzzles are 70% worthwhile, the tame dialogue and the few deal-breakingly illogical puzzles should lead you to look elsewhere for more robust, well-rounded adventures.