While I’ve thoroughly enjoyed playing Borderlands 2 like a fiend the last ten months, I never found myself to be fully satisfied with the game. Sure, it feels great to get all the uber-rare weapons and mods and take on all the raid bosses and whatnot – I’m talking about emotionally: if there’s one way Borderlands 2 disappointed me, it was how it mostly wasted its opportunity at creating a resonant narrative: even the death of a beloved character didn’t provide anything but the most particular story beats.

On the surface, Tiny Tina’s Assault on Dragon Keep appears to be a completely separated adventure for the Vault Hunters, one clearly soaked in Dungeons and Dragons culture. As a Hyperion informant is being tortured, Tiny Tina busts out her Bunkers & Badasses board game, and invites Mordecai, Lilith, and Brick to join her in a “game of games” (as one side mission is named), full of skeletons, walking trees, and fire-breathing dragons. A fun premise, no doubt – but what I wasn’t expecting was the most emotionally satisfying piece of Borderlands I’ve ever played, a thoroughly touching piece of DLC that finds its heart amongst all the fantasy-themed madness.

As players fight wizards, skeletons, spiders, and other baddies familiar to the fantasy genre across gorgeous new areas like The Forest of Tranquility, the Immortal Woods, and the Unassuming Docks of Potentially Little Importance, Tina dictates an ever-changing world and set of circumstances with a vicious nature that seems a little out of place (even for her), at first: but slowly, the campaign reveals itself to be more than four people playing a game around a table. I don’t want to give away any spoilers – but needless to say, Assault on Dragon Keep’s story (particularly it’s climatic moments) will make it hard for anyone to hate Tiny Tina as a character; even for me, a person who has criticized her character since day one. There’s a beautiful moment during the campaign’s climatic fight that calls back to a moment in Borderlands 2’s main story, redeeming its biggest missed opportunity (in my humble opinion, at least) with a single story beat that had me choked up for the first time on the world of Pandora. 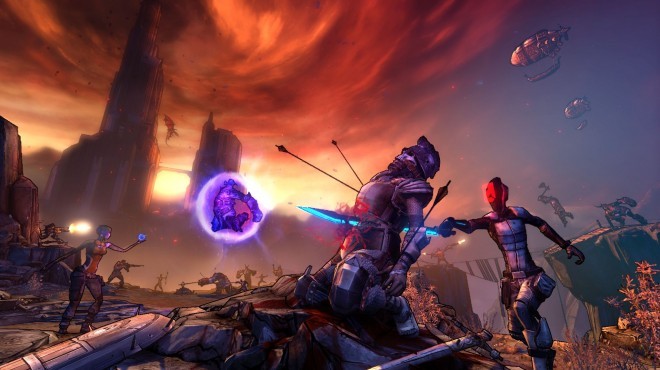 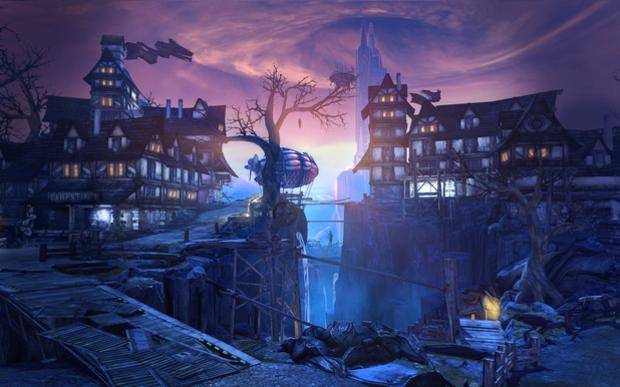 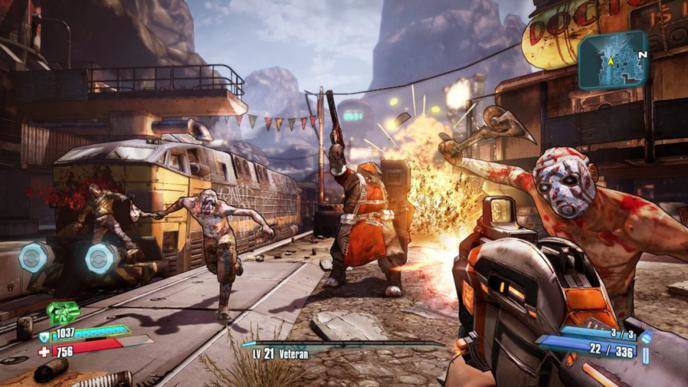 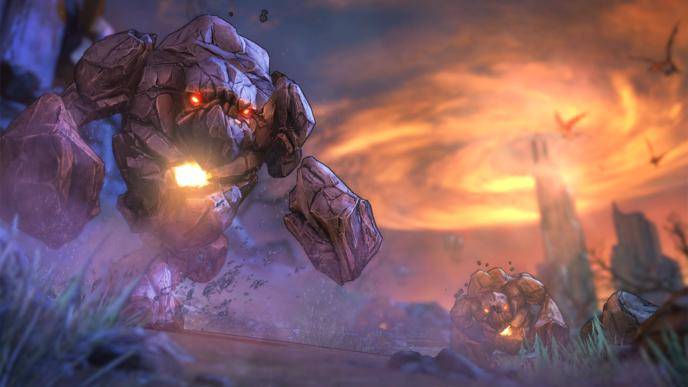 The story alone makes Assault on Dragon’s Keep worth the entry price, but the new areas and enemies are nothing to sneeze at, either. And they come with some great loot; although there are a few side missions that left me wanting for more rewards (the super-difficult Circle of Slaughter challenge, for example), there are plenty of awesome new toys to find around the world, which is huge but unfortunately has no vehicles and sparse Fast Travel points – my only real complaint with the DLC. So far, I’ve picked up a machine gun that deals both slag and shock damage, a shotgun that shoots exploding swords (seriously), and grenade mods that turn my explosives into elemental spells (that regenerate over time). These are but three of the powerful weapons that will come in handy when taking on the DLC’s biggest challenge, the unbelievably hard raid bosses The Ancient Dragons of Destruction (and one of the most fun, frenetic, stressful Bordlerlands 2 battles you’ll ever fight).

After a few enjoyable but somewhat disappointing DLC’s, Gearbox stepped up and delivered something special with Tiny Tina’s Assault on Dragon Keep (and being the one bit of DLC they didn’t outsource, this should be no surprise). With an engaging, stunningly emotional story arc, plenty of enjoyable side missions with great loot to find, and some gorgeous, expansive worlds to explore, I couldn’t imagine a better way for Borderlands 2 to finish out its “season” – thought the final moments of the DLC suggest that Dragon Keep may not be the end of our journey.