The Incredible Adv. of Van Helsing

In 2004 Hugh Jackman made a movie called Van Helsing where he fights vampires and werewolves.  There was a tie-in game based on it, but neither the game or the movie were worth remembering nine years later. The new indie game The Incredible Adventures of Van Helsing has no official relation to that movie, but it does use the film’s clever idea of re-imagining the character of Van Helsing as a tough monster-hunter in a world overrun by gothic horrors.  It combines that premise with the ever-popular “It’s like Diablo” genre of games for a bloody and surprisingly funny experience.

Van Helsing is the son of professor Van Helsing from Dracula, and he is on a quest to kill monsters in a steampunk world where vampires, werewolves and mad scientists run amok. He is accompanied by the Lady Katarina, an aristocratic ghostess who seems very aware of the clichés of action RPG games that she and Van Helsing encounter on their way. 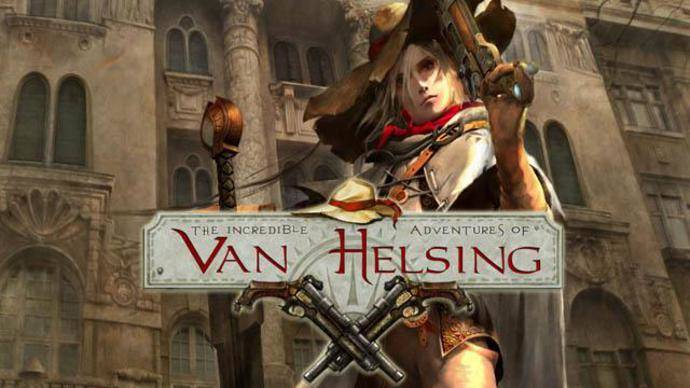 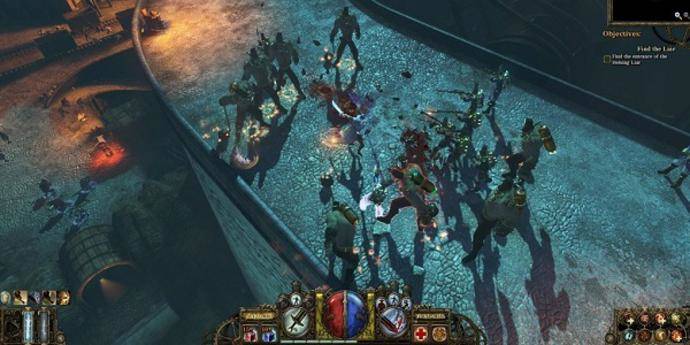 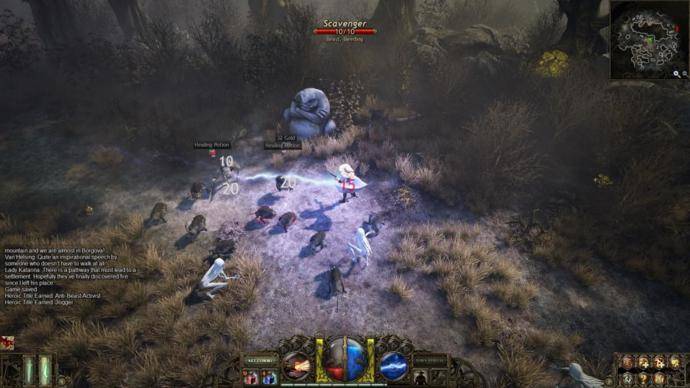 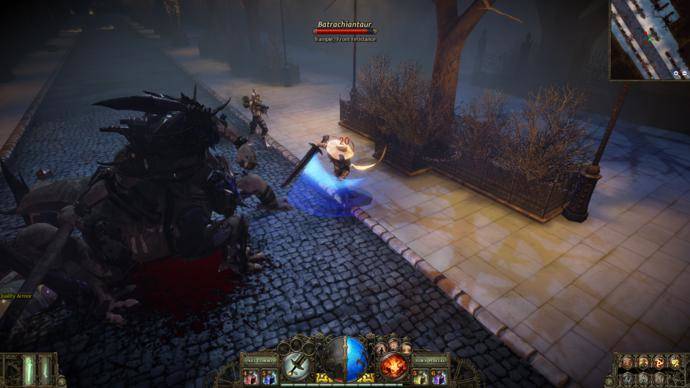 The designers are clearly having fun with their game because they have Katarina point out every overused RPG trope that they use.  Players who feel like there are too many Action RPG games out there will find plenty of these knowing winks from the development team at Neocore.  The dialog is glib and funny.  Karatrina is not the standard annoying “sassy” sidekick that plagues many games.  Rather, she is a fun companion whose aristocratic nature and mean streak make her a pleasure to have around while killing bad guys.

The Incredible Adventures of Van Helsing takes the unusual route of only offering a single playable character.  There are no classes; everyone plays as Van Helsing.  The novel Dracula had professor Van Helsing fight vampires using crosses, but the game uses more satisfying weapons like guns and swords.  The combat mechanics follow the traditional Action RPG style set up in Diablo or Torchlight.  Meaning that players click away on swarms of enemies, gain Experience Points, and collect loot.

One advantage to having only one character is that Van Helsing is effective with both melee and ranged attacks.  Players can build up their character’s different skill sets to specialize in either, or they can also choose to diversify their skills.

Another advantage of just having the one playable character is that Van Helsing can equip any piece of loot that he finds (As long as he’s a high enough level). He has slots for armor and accessories, as well as two sets of weapons. He has to keep a gun in one slot and a melee weapon in the other, and there is a hotkey to instantly switch between swords and guns.

There is a crafting system too, where Van Helsing can combine item he doesn’t need to make random new ones.  There is also a system where he can add new powers to rare weapons by adding in special crafting components that he finds along his journey.

He can also share loot with Katarina.  She can’t use everything that Van Helsing can, but she will benefit from more powerful armor, weapons and accessories.  She’s also smart enough to gather up useful items from around the battlefield and use health potions when needed.  Much like the pets in the Torchlight series, Katarina can be sent back to town to sell off items and even fetch extra potions while she’s away.  She’ll also make a self-aware quip about Van Helsing trusting her with his money.

Katrina is more than just a chatty companion or pack mule. She can be leveled up and customized just like Van Helsing, and players can choose her tactical behavior and use her to balance out their own build. She can function as a melee tank or provide ranged firepower, or even just give passive buffs.  The interface for handling her is simple to use and experienced players will find her to be much more useful than most AI pals.

There is a cooperative multiplayer mode as well, and players can go through the campaign with a small group of fellow Van Helsings (Each accompanied by their own Katarina clone).  While multiplayer is fun, it is here that the lack of different classes really shows.  Players will have trouble taking on clear roles in the party and the swarm of Katarinas is confusing.

There is also the matter of replayability.  Players can go through the game a second time and build up Van and Kat using different skill trees, but that’s no substitute for a multitude of clearly-defined archetypes. The Incredible Adventures of Van Helsing does have numerous side quests to hunt down, and there are lots of story choices that players can make when they speak to NPCs.  These often involve the option of killing an enemy for immediate loot, or letting them go free in exchange for a reward later on; enough to justify a second run through the adventure.

The result of all of these mechanics is a system that isn’t going to hold players the way that Diablo II did, but it will keep players busy killing AND laughing for a good weekend.