Starcraft 2: Heart of the Swarm Review

Starcraft 2: Heart of the Swarm

StarCraft II: Heart of the Swarm continues the epic story and intense multiplayer action of its predecessor, StarCraft II: Wings of Liberty (WoL), while refining the experience further as an eSports franchise. The expansion includes all of the things loyal fans have come to love and expect, as well as new challenges that level the field for new players hoping to try their hand at multiplayer matches. In the Heart of the Swarm campaign, players take control of the Queen of Blades and her endless swarm of Zerg, presenting a fresh and distinct experience from Wings of Liberty’s focus on Jim Raynor and the Terrans.

Heart of the Swarm presents the same tight, responsive and customizable controls as its predecessor. Custom hotkeys transfer over for WoL players, and remain the same no matter which PC or Mac a player uses to log in to the game. The Heart of the Swarm campaign is more focused on micromanagement of hero characters than the previous campaign, adding welcome challenges to the familiar gameplay mechanics. Players take control of several unique hero characters throughout the story, while simultaneously managing vast swarms of Zerg units and the economy of their armies. 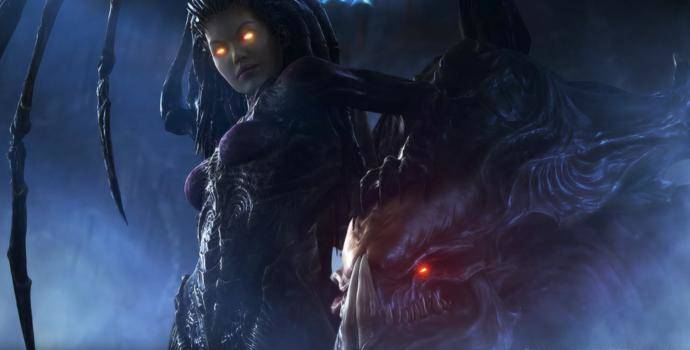 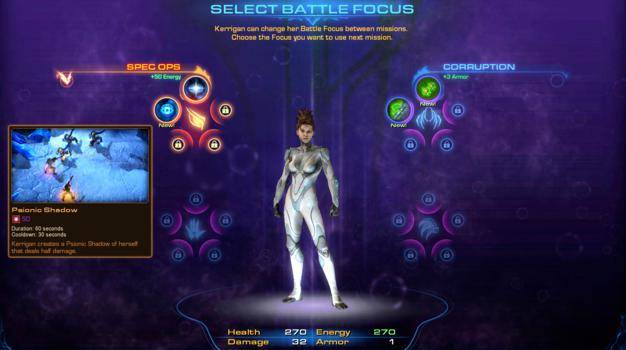 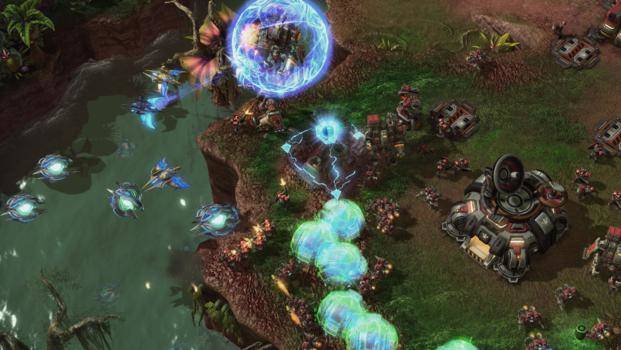 Heart of the Swarm also introduces a new range of achievements and unlockable cosmetic perks to add new goals and challenges for committed players. One notable perk is the addition of unit skins, allowing players to earn different appearances for their units in game after achieving challenging objectives.

Aside from a range of new music and a few visual tweaks, Heart of the Swarm does not introduce a leap in production quality from the last campaign. That’s not to say that the graphics and audio quality are lacking; they are just not an improvement on what was already there. The campaign features beautifully rendered cinematic cutscenes portraying the continued story of Sarah Kerrigan and Jim Raynor, and the cinematic experience does seem to have a more epic scale than the previous campaign. Aside from the new sound effects made by a range of new available units, all familiar sound effects from the previous campaign do not seem to have changed.

While the campaign is impressive and fun, Heart of the Swarm does more to enhance the game as an eSports title than it does for the single-player experience. Blizzard has made tweaks and changes to all three StarCraft races – Terran, Zerg, and Protoss – and has added a variety of new units to each race with one overriding goal: to encourage constant action in multiplayer matches. Unlike Wings of Liberty, Heart of the Swarm matches involve intense and challenging action right from start to finish, stretching the abilities of serious players and keeping fans hooked to the screen while watching professional competitions.

The added emphasis on micromanagement of units ramps up the challenge level for anyone playing the the StarCraft II ladder, and forces existing players to hone their skills to face new threats. As an added bonus, the new unit changes also result in quicker games much of the time, allowing viewers to watch a wider range of matches.