If you’ve heard of Game Dev Tycoon, there’s a good chance it’s for one of two reasons. Either you’ve seen the story of their day one anti-piracy stunt, in which developer Greenheart Games uploaded a version of their game to torrent websites, a version in which your games are violently pirated and never make any money, or because of the accusation that Game Dev Tycoon is basically Game Dev Story slightly reworked.

Which is a shame, because any way you wish to look at it, Game Dev Tycoon is a title that should be allowed to stand on its own.

If you cut back on all the controversy, all of the curt Twitter replies, the negative feedback in comments across the web, Game Dev Tycoon is a decent title. You have a lot of control over the way you make games, the systems that you make games for and the sort of games you want to create. For fans of the medium, it’s a dream come true, and it’s all laid out in a slightly better way than any of its competitors. Even Game Dev Story – from which Game Dev Tycoon definitely borrows – is tougher to maneuver than this.

You start as a single developer in his garage, building a first game in a budding industry. As you build more games and develop new skills, an engine and gain a fan following, you’ll earn more money to invest in ways to improve your titles. This ranges from things necessary improvements like mono sound and 3D graphics through to odd inclusions like “sequels” (which I thought I’d been making for years) and “marketing.” Instead of developing plans naturally for things like this, it feels like there’s an over-reliance on research, even for things you should be able to do from the get-go. 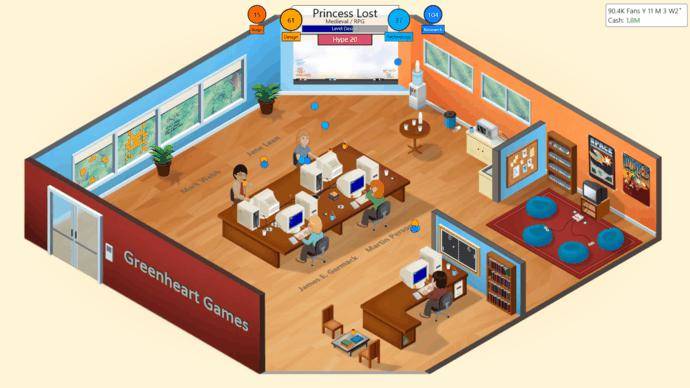 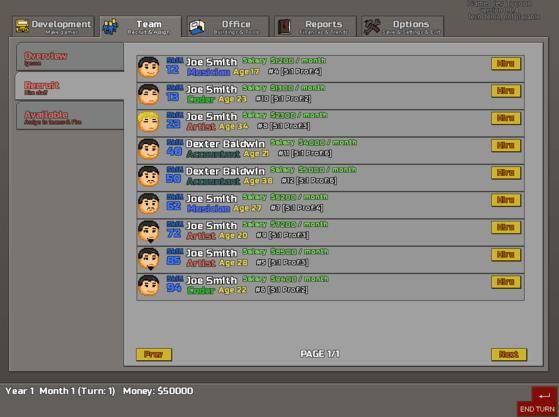 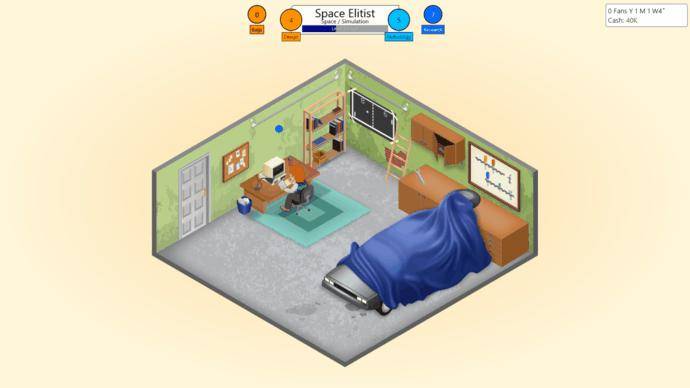 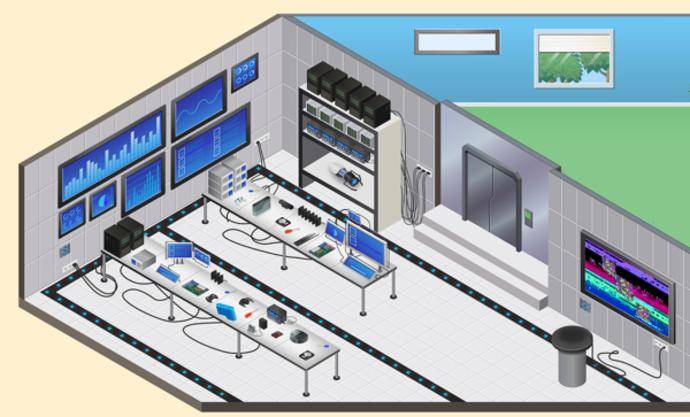 When you’re low on cash, you’ll be able to take on contracts which will boost your funds. If that sounds dull, you can pair up with publishers who will foot the bill on a bigger project, but who will demand a certain level of quality from your work.

It isn’t easy to put out hit after hit, especially in the early parts of your development adventure. This is as it should be though, and it’s only through experimentation and developing in a certain way that things will go right for you. The only downside is that it helps to have a certain knowledge of the history of gaming. If you have no interest in retro gaming, you may struggle more than the target audience, who I feel the developers presume know about the biggest hits on a given system.

This leads to a position where you feel almost as if you’re playing history, rather than making it. That’s fine for one or two play-throughs – as you suspend your belief and really get into creating your own games – but in terms of basic simulation, this doesn’t really work as you’d hope. Even in terms of genres, you’ll build games in a pretty exact way – using sliders to decide the time spent on dialogue, gameplay, graphics, etc – because you know that a dialogue heavy sport action title isn’t like to capture much attention.

Rather than give you a chance to prove the naysayers wrong, you can pretty much presume the market there is non-existent, and build another fantasy RPG instead. It’s realistic, I suppose, but limiting to the experience.

All of this results in a title that is more than a little difficult, which doesn’t always seem to be playing fair and which isn’t always as fun as it should be. That’s all the more annoying because the really good bits are really good.

Is Game Dev Tycoon a Ripoff?

The developers have been pretty adamant that, although Game Dev Story was a big influence on their title, Game Dev Tycoon is a completely original game made from scratch. That’s not easy to believe, as entire systems seem to be lifted with little to no change. Perhaps under the surface there are major differences, but the way that it’s presented is less than original.

It doesn’t really feel like it matters though. If you can’t get at Game Dev Story or fancy something that’s a little easier to play, Game Dev Tycoon is a fantastic substitute. With that said I can’t imagine getting much out of playing both at once. Tycoon can definitely stand on its own feet, unlike the many copies of, for instance, Minecraft, which manage to lift some of the basic features but fail to capture the overall charm.

Game Dev Tycoon looks the part, with game references lining every wall. This is a game that has been designed for the people that loved NES and SNES growing up, for the kids that talked the new Sonic or Mario game in school, for whom the original PlayStation was next-gen. It’ll all make you smile, and you can’t ask for anything more.

Animation is a little dull perhaps and the overall design isn’t going to knock your socks off, but Game Dev Tycoon has got it where it matters.

If only I could say the same thing about the music, which quite frankly just annoyed me. I turned it off pretty quickly, and there’s a good chance that you will too.

Game Dev Tycoon has its faults. It tried to be a serious tycoon game, but wanted to be a nostalgic trip down memory lane as well. It almost manages to pull off the mix, but for extended play you’ll start to notice that rose tinted glasses can take you only so far.

There’s also a problem with the difficulty curve which can mean you’re on top at one minute and that you’ve lost it all at the next. It doesn’t always feel like something you can control, although other times it’s just down to the game moving slightly slower than your ambitions.

But for all of that, it still manages to be a sweet game, fully deserving of the praise it has received and fully worth the price that Greenheart have placed upon it. It’s just a shame that everything else may just make Game Dev Tycoon a title that’s talked about more than played.