Alas, had I played Fire & Forget on a mobile device, my opinion might have been different as I can see how it would appeal to mobile and casual gamers. Views and opinions are strictly based on the PC version of the game.

One of the few things that Fire and Forget: Final Assault does right is that it stays true to it’s title; after a few shots, you’ll forget all about it. While similar arcade shooters might have intrigued audiences in the 80’s, this modern sequel of Fire and Forget does very little justice to a once thriving genre.

In military lingo, fire and forget is a term used to describe missiles that can be fired and forgotten about once locked on to the target. Following in the original game’s footsteps, this modern interpretation of the game is set in a futuristic, post-apocalyptic world that’s filled with weaponized cars, never-ending asphalt, mines and… more weaponized cars. 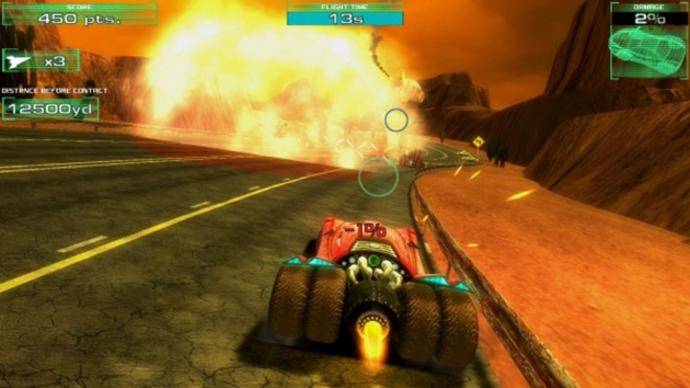 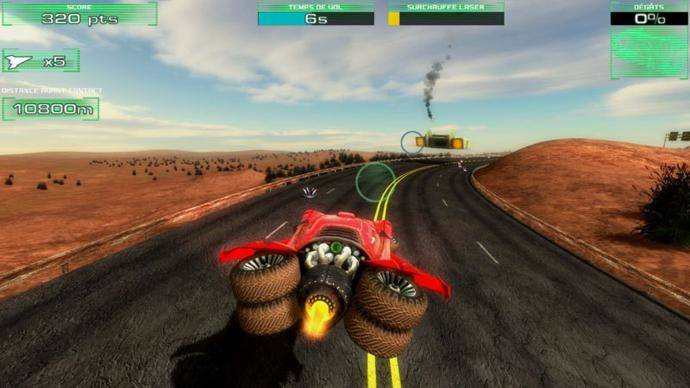 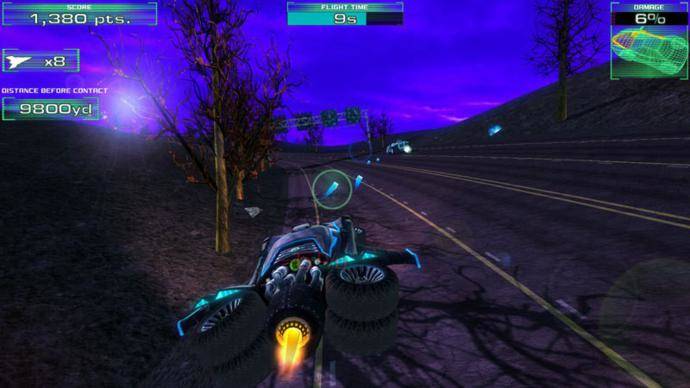 Following the story proved to be tougher than anticipated and having characters with names like ‘Nucleo’ did not help. Not one bit. To cut a short story shorter, your character and his car, cleverly dubbed “Thunder Master III” (sarcasm intended), need to get through a few thousand miles of dull roads, kill enemies and bosses along the way and save the (already destroyed) world from terrorists. Aside from having huge plot holes and the least satisfying ending I have ever experienced, the whole thing really hasn’t been thought out very well.

The gameplay could be compared to the story. In one word, lacking. Controls are slightly off, the steering and handling of the car is way too sensitive and in result, dodging mines and obstacles becomes a test of luck rather than a test of skill.

The only two aspects of the game that have been programmed decently are the flying and shooting mechanics. Steering your very own supercharged car through the little airspace available can be quite satisfying at times but the fun – like the game itself – doesn’t last. You are only given around 12 seconds of air time before you have to land, recharge the (flying) meter and take to the skies once again.

I would love to say that shooting enemies has never felt better but this is clearly not the case. I know I’ve used the word ‘repetitive’ a few times to describe the game but the shooting is truly the epitome of that word. If you decide to purchase and play Fire & Forget, you can expect to be holding down the left mouse button… a lot. After a few consecutive shots, the weapon will overcharge and you’ll need to wait a few seconds before holding down that mouse button again.

The graphics are reminiscent of low-end 90’s computer games. The environments are colorful but bland, the customization options are lacking and finally, you can forget the word ‘variety‘ as there basically is none.  The game could have been portrayed better… No, SHOULD have been portrayed better, as it is truly a shame that the resurrection of a once successful franchise has been done so shoddily.

The audio is pretty much what is expected of a racing/shooter game. The engines rev can sometimes help increase testosterone levels but… the repetitive nature of the soundtrack and bullets just bring them back down again. All in all, the audio is very generic with the occasional increase in quality from time to time.

There is very little reason to purchase this immensely unpolished/unfinished game but surely, fans of the series can check it out and be reminded of the fact that better visuals do not necessarily mean better games

As pure as Anuman Interactive’s intentions may have been, Fire and Forget for PC simply shows that there was very little effort put into it.