Batman might have ruined the superhero genre for us. While that type of title has never been especially strong on the whole, Arkham Asylum and its sequels proved that it could be done. So why are Activision still relying almost entirely on a format that’s been basically unchanged since Spider-man 2 ten years ago? The Amazing Spider-Man 2 is another film tie-in that falls short of expectation, but it’s the Spidey-by-Numbers feel that is the most surprising.

The Amazing Spider-Man 2 has tightened the swinging mechanics, leaving a New York that's a joy to traverse

There are a few basic ingredients that make up a Spider-Man game. Firstly you need decent web swinging, and that’s something that The Amazing Spider-Man 2 does incredibly well. Secondly, combat needs to be quick and smooth, a free flow of ability and strength. Finally, the character has to be just right. Activision has barely ticked those last two boxes, erring on the side of repetitive gameplay and expanded story to sell something relatively simple to churn out.

It’s hard to put too much blame on the developers. Aside from occasionally glitches and a nasty case of broken camera angles whenever you crash into just the right layout of buildings, Spidey’s latest is actually pretty technically sound. It looks nice enough, but it’s so poorly optimized that you’ll need a hell of a rig to get the most out of it. I’m not exaggerating: this is a fairly average looking title that’ll take quite a bit of effort to run at a constant 60FPS.

There’s the feeling that this is a game made on a budget and with time restraints. Things that could have easily been better, like the combat system, instead end up being under-utilized or of a lower quality than you’d expect. The Batman-esque fight style fails only because there’s not enough variety in the enemies you’ll face, and because Spider-Man will jump around like a fly in a bottle at the merest press of a button. It doesn’t feel like you’re especially connected to what’s going on.

There’s no impression that Spidey is a strong guy, but that he stings away one sucker punch at a time. A huge red warning symbol flashes over his head when he’s about to be attacked. Hitting the counter button nullifies this all too easily. That the enemies you’ll face are largely the same person over and over again – there’s even a few throwaway lines in which Spider-Man points out this very fact – only exacerbates the very limited AI.

These problems with the combat system will likely become painfully obvious within only an hour or so of playing. Battles are copy and pasted throughout the open world of New York City, and it’s not much better in the tight, overly-constricted inside sections either. 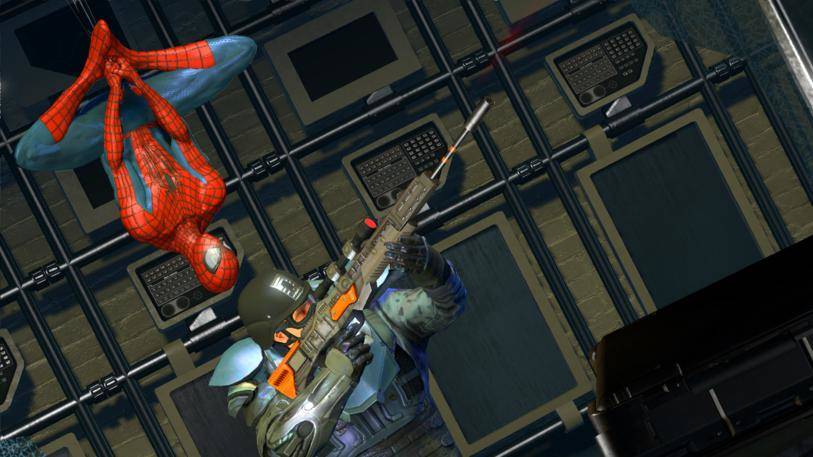 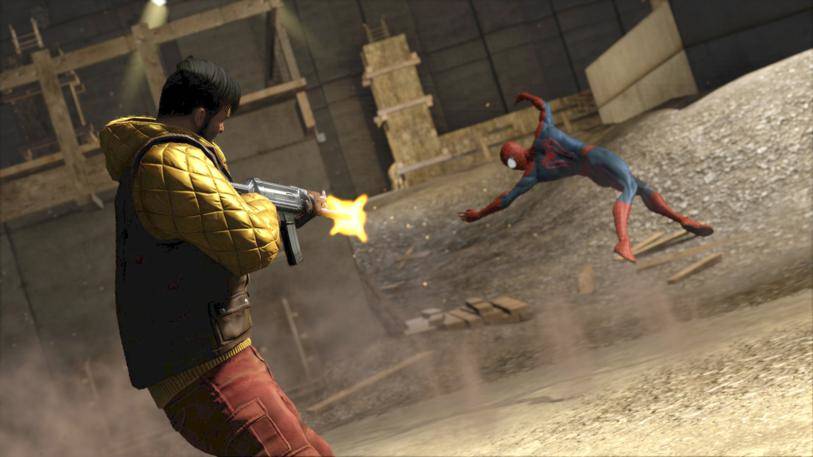 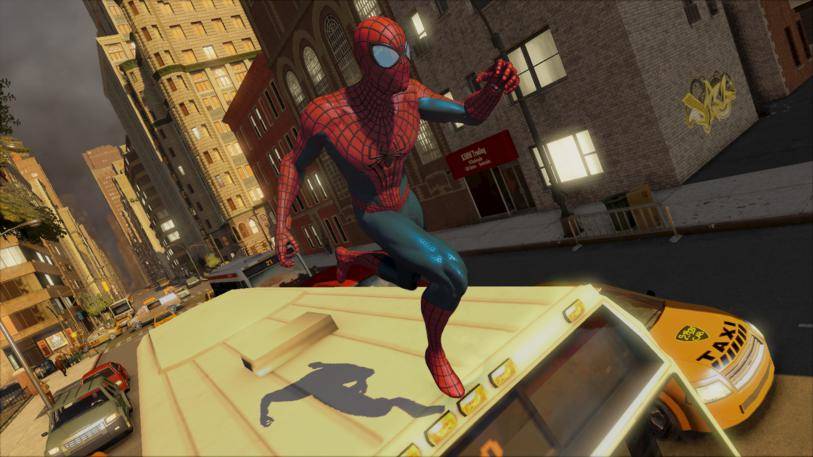 Wherever you are, Spider-Man is probably going to be talking. That’s not too much a problem – he’s well known for his quick quips and terrible puns, but here the developers have gone one step further. Not only will you groan the first time you hear one of these jokes, but you’ll be forced into listening to the same one liner over and over. There’s such a small pool of voice work that it’s not unusual to hear the same poor bit in quick succession. It’s painful to say the least.

It’s not all bad. The Amazing Spider-Man 2 has tightened the swinging mechanics, leaving a New York that’s a joy to traverse. There’s not much to see there, with cars that’ll disappear if they get too far into the distance, but what little you can explore will be great fun to find.

The PC version has a few problems of its own, and while it's nice to see generally nicer graphics, the optimization is poor

You can now shoot web out of either Spidey’s left or right hand, adding an extra element to tight corners. Swinging through the air is amazing and quick, made easier by the pure amount of control you have as you go.

You’ll usually find yourself heading towards some story marker or a crime in progress. The latter is a good idea but it marred by the fact that it all equals the same thing: a street fight. The story is equally disappointing, not quite going as far as the writers could have taken it. It deserves points for going above and beyond the plot of the film, however, and for introducing a few extra familiar baddies.

There’s plenty to unlock and find in New York, if you’re into that sort of thing. The inclusion of an XP system allows you to develop your skills the more you play as well. There’s not a huge amount of reasons to keep coming back, but if you enjoy the movement and can get on with the combat, you’ll probably get a decent amount of longevity out of it.

Voice work is more than passable, although expect it to be a little camp. The graphics are a mixed bag. Locations are beautiful and certain textures really pop. On the other hand, character models are dreadful, and you’ll probably laugh at some of the Barbie and Ken hairstyles.

The Amazing Spider-Man 2 is a title that does things just well enough not to put you off. Those not especially bothered by repetitiveness will find themselves in an adventure fit for any Spidey fan. It’ll take a lot to get there though.

The PC version has a few problems of its own, and while it’s nice to see generally nicer graphics, the optimization is poor. The poor character models belie the game’s console heritage, and really, that’s an issue you can feel throughout the game.