Holy Avatar vs Maidens of the Dead Review

Holy Avatar vs Maidens of the Dead

Holy Avatar vs Maidens of the Undead Review – Introduction

If you’ve never played a third person RPG such as Diablo or Sacred, then perhaps Holy Avatar vs Maidens of the Dead is the game you ought to pick up.  It’s simple enough to grasp within a few minutes, but complicated enough to provide hours of fun.  Don’t go in expecting a serious story with gripping plot changes.  Instead, be ready to observe a very intelligent parody of what a traditional RPG really is.

See What I can Do!

Holy Avatar is a lot like Diablo in how you traverse the environment.  While technically an open-world game, you are often given a number of paths to travel down, rather than just an open space.  The game pushes you to keep going, and often limits where you can go when doing specific story missions.  This is not that different from similar games, and shouldn’t come as a shock.  There are other quests that can be done in exchange for new weapons and abilities, but I just found myself pushing through the game with the end being my primary goal.

What makes Holy Avatar different is the way it switches between real time exploration and turn based battles.  Instead of running into an enemy, watching a short battle intro cut scene, and then doing the typical turn based actions, Holy Avatar streamlines the process, removing cut scenes and instead, instantly throwing you into the battle.  I often find battle cut scenes can draw me out of a game, but with this I found myself playing for hours without realizing it. 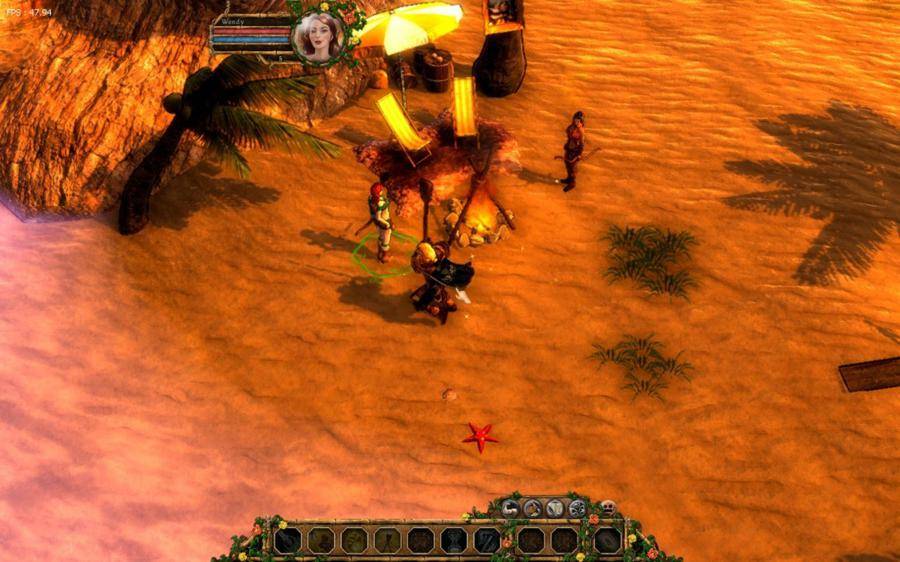 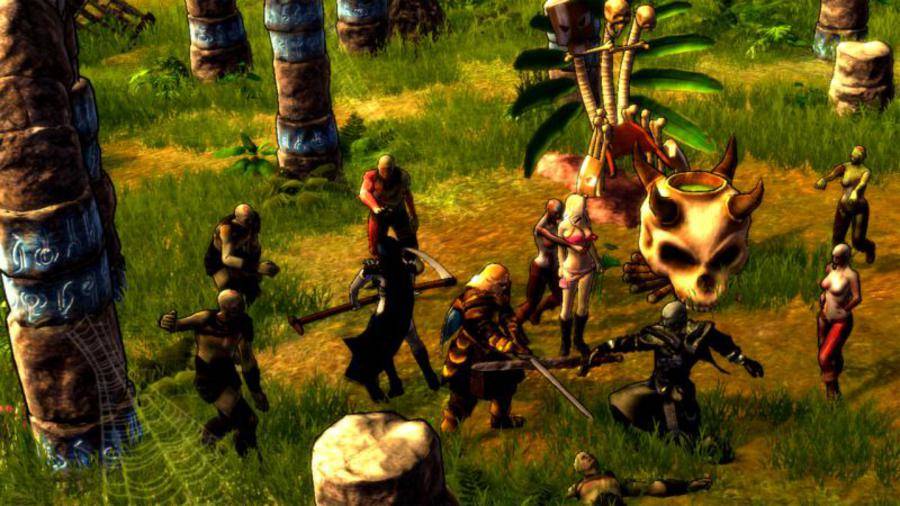 The game’s visuals are not outstanding, but are acceptable.  An oversight was the pace at which text flashed on the screen.  It always seemed to go too fast or too slow, without a happy medium.  This does not break the game, nor should it stop someone from playing it.  The sound, however, was a huge disappointment.  I found very little variation in the music throughout, eventually leading me to turn it off.

Inappropriate with a Reason

There is nothing appropriate about this game.  It’s very sexual in its tone.  The women in the game are sexualized, and the game plays heavily on pretty boy and beautiful women stereotypes.  When the game as a whole is examined, and the dialogue is taken into consideration, it appears as if this game is more of a parody of the traditional RPG rather than a mirror of what is normal for the genre.

Although this game may be inappropriate, it seems to be this way with a purpose. To have a laugh at what makes RPGs so ridiculous

Although Holy Avatar may be inappropriate, it seems to be this way with a purpose.  To have a laugh at what makes RPGs so ridiculous.  Whether the story is good or bad, RPG’s generally always have a grand story and if not that, at least epic looting.  Holy Avatar has neither of these things.  It attempts – and succeeds – to be almost everything  an RPG is while being nothing like an RPG.  And this sentiment can only be truly explained by actually playing the game.  Tactically, you are playing an RPG, but many of the traditional RPG elements are missing while others are glorified and ridiculed.

It Will Consume You!  At Least for a While

It is highly unlikely that you will sink many hours into this game.  The game can be completed quite quickly.  I would argue it is the perfect length.  It is not about replay ability, and it’s not about to consume you for weeks on end.  It’s a perfect weekend title.  If you enjoy parodies, you will enjoy the writing on offer.  If you enjoy RPGs, you will enjoy the unique battle system this game delivers.  Otherwise this is an adventure you’ll most likely want to be passing on.