Goat Simulator is wacky, which is distinctly different to funny. Sure, it provides a certain amount of amusement, like only a goat strapped to a rocket can, but the amount of laughs you’ll be having are minimal. Mostly you’ll just ask yourself why you bought a game called Goat Simulator in the first place, probably while you complain about glitches and disfigured farm animals.

This is another joke game, like Surgeon Simulator, that makes it to release simply because people like to beat a dead horse into the ground on the internet. It was a quickly made prototype that leaked onto YouTube and found its was onto social media platforms, on which people asked for more. The developers took note of the hype and released a full game, complete with purposefully left bugs. If not for the people who thought the idea of butting things as a goat was hilarious in the two minute video they saw online, this title wouldn’t exist.

If not for the people who thought the idea of butting things as a goat was hilarious in the two minute video they saw online, this title wouldn't exist

And to be fair, it’s an idea that, at first, really stands out. You’re given a set of challenges to complete within a small open world sandbox. You can butt things, lick things and charge at things, and that’s more or less everything you’ve got in your arsenal. Trying to beat the records for how far things have been knocked takes a little creativity and is a lot of fun, but challenges soon start repeating themselves but with higher scores to beat, and you end up doing a lot of the same.

There are people inhabiting your goat’s world as well, but don’t expect much from them. The tables you knock over have more personality. They often stand around in a single spot, not reacting to the destruction you’re causing around them. Butt one and a fairly standard sound will play and maybe, if you’re lucky, a catchphrase you haven’t heard before. There are about four.

Thankfully, there are more interesting things to see. Littered around the world are little easter eggs or surprising locations that’ll make you smile. There’s also little golden statues which unlock a variety of bonuses. These are incredibly well hidden and will take some work to access, but this is really one of the few areas that add any longevity to Goat Simulator. Well, that and the Steam Workshop support.

The graphics themselves aren’t too bad. The open world is rich with colour, and textures aren’t distracting or annoying in anyway. Instead, it’s the individual parts of the map that will catch your eye. It’ll be the fact that things don’t really react when you hit them, they just fly away from that point. It’ll be that houses aren’t so much furnished as they are filled.

And so although this is certainly the best looking Goat Simulator on the market (and it actually rivals some of the “proper” simulators in some visual aspects), it doesn’t really stand out in the details.

If you decide to buy Goat Simulator, you’ll probably have a couple of hours of play out of it. Unless you have a YouTube channel yourself or want to share crazy screenshots, you’d probably be better watching the madness of others rather than playing yourself. The second half of your time with the game will be slow, trying to find the last few things and stretching to the uncompleted challenges. 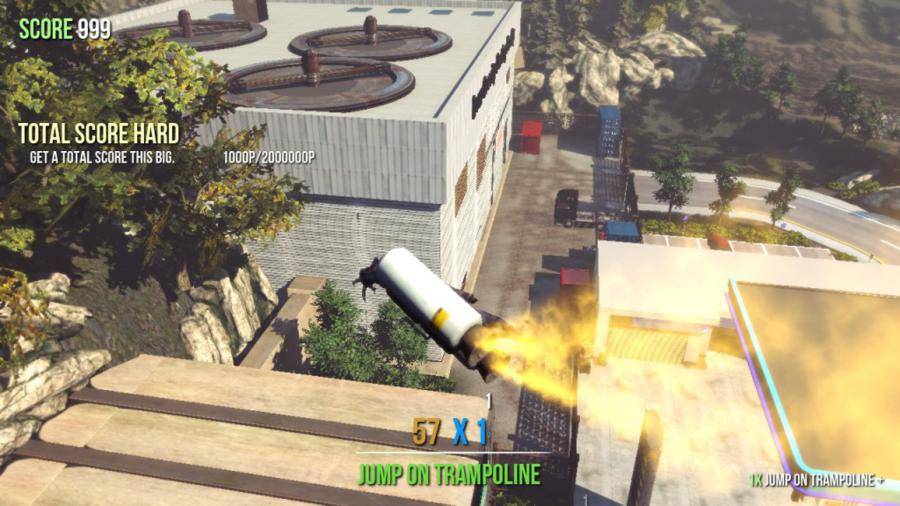 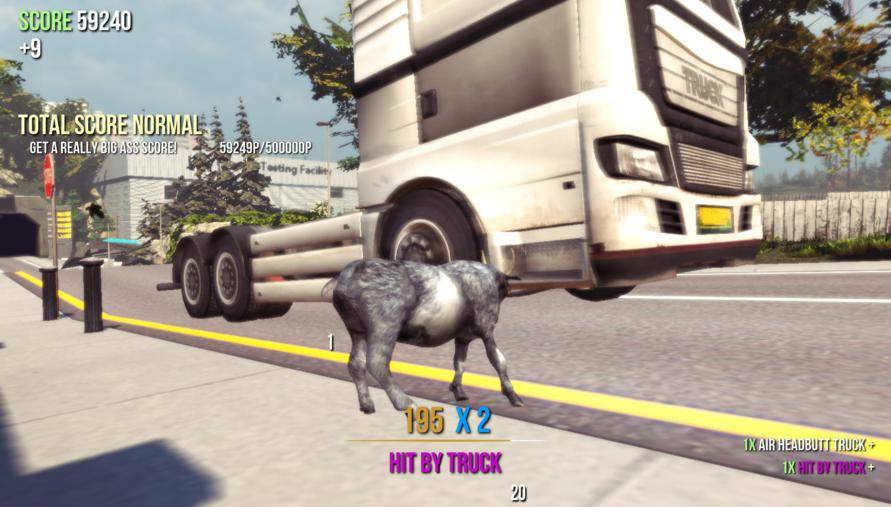 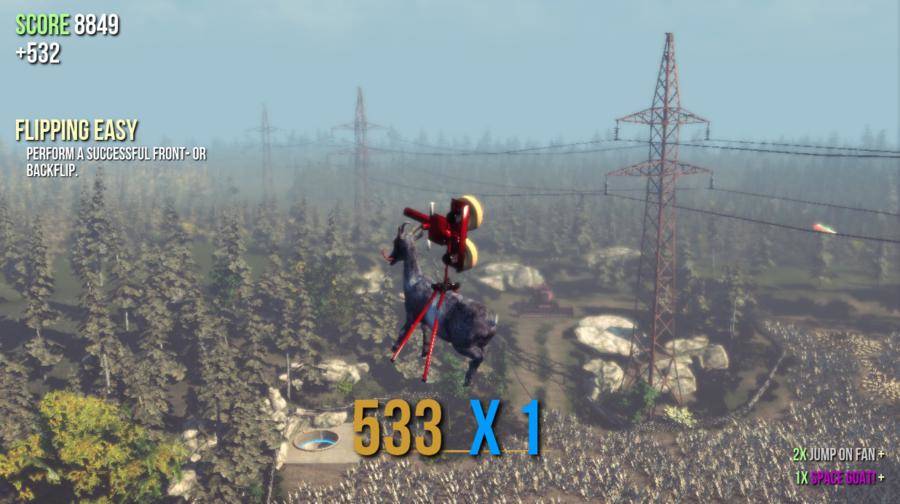 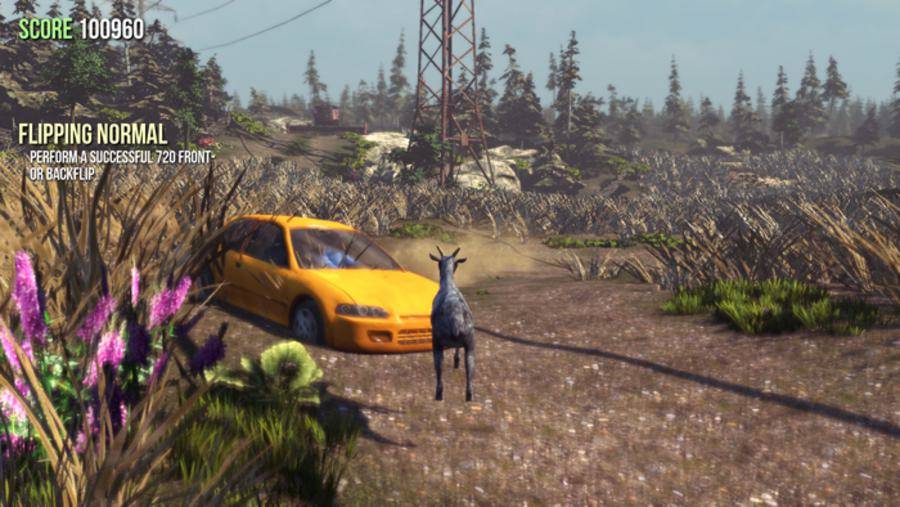 The problem is that the developers have purposefully made a bad game, or at least one that doesn’t apologise for its less than polished gameplay. The thing is, just saying “we left the bugs in because they’re hilarious” doesn’t negate the fact that your game has bugs. Granted, it means the people buying are likely not to mind those problems or at least be aware of them, but that doesn’t really mean much as to the quality of the title.

And, at the end of the day, what more were you expecting? It's a Goat Simulator

Again we come back around to the fact that if this wasn’t being called hilarious by every YouTuber and 4Chan user on the web, we wouldn’t be running this review. We probably wouldn’t even know Goat Simulator existed. The developers certainly wouldn’t be leaving problems behind because they add to the “hilarity,” something that mostly dies off after about thirty seconds.

Goat Simulator is awesome, if you’re in on the joke. If you can snigger for more than a couple of hours at the idea of a GOAT, right, that just breaks stuff up, then you’re the target audience. There’s some nice ideas here, but it’s being made specifically for the sort of person who likes watching people doing weird things in video games on YouTube. No more, no less.

And, at the end of the day, what more were you expecting? It’s a Goat Simulator.