There’s a fine line when re-releasing a title, between making modern and leaving a kind of older charm. The team behind Age of Empires II HD have decided not to even approach that line. The risk of modernizing one of the greatest RTS games of all time was just too great. Depending on your take on this issue, you’ll either applaud them for their conservative re-release or you’ll find the game archaic and slow.

Fans of the old game would love it, and yet there comes a point where even they will have to ask why they’ve shelled out $20 on a game they already own, and that has hardly been touched.

Everything that made Age of Empires II great remains true for the HD Edition. Those that didn’t play it in its heyday may say it feels generic, but there’s a good reason for that. This is a game that defined the genre, that others used as inspiration. If you’ve played an RTS game since 1999, there’s a good chance the developers borrowed from Ensemble, the original creators of the Age of Empires series. 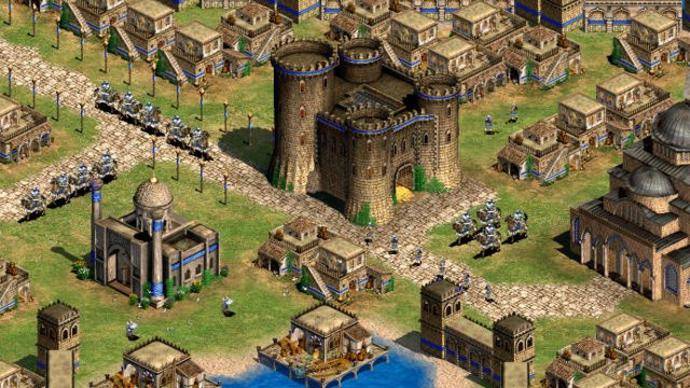 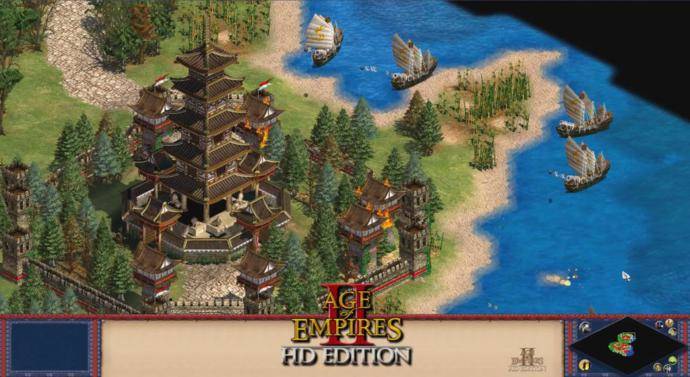 Nothing beats playing a single map for hours on end, protecting and building your village and army and then launching a crusade on your enemies. In the faster paced world of 2013, watching as your army takes all day to destroy a tower can be almost painful, but the excitement of razing another settlement never gets old. You’ll spend hours on end strategically gathering resources and building units until everything dovetails into a perfect attack and you finish your campaign, only to start the next.

And there are plenty of campaigns to choose from. Age of Empires II HD contains everything you remember from the original game, plus The Conquerors expansion. There are easily tens of, perhaps hundreds of hours of entertainment there. That’s without counting the random maps and online modes, both of which return.

That’s sort of where the problems begin. The random maps are, of course, as great as they always were, but the online mode doesn’t seem to have improved. The net code has allegedly been upgraded to today’s standards, but with lag and connection issues plaguing the entire mode, it’s difficult to see much of a difference between 1999’s Age of Empires II and Age of Empires II HD.

In fact, that’s where the whole thing begins to fall apart. The only thing that I can say for certain has been changed in this game is the ability to stretch it to 1080p. It works really well (unless you’re playing in a lesser resolution, in which case everything seems bigger than it needs to be). Aside from that, you’d need a side-by-side comparison between the old version and this new game to really even notice the work that’s been done.

You still need to hit F10 to get the menu, as opposed to escape or F1. You still can’t use WASD to move around the map. These are tiny problems, but serve as a great example of how much even the very basics of the RTS genre has changed over the last 14 years, and how little they’ve done to modernize Age of Empires II HD. For that reason, only people who played the game back at the turn of the millennium, or those that don’t mind this “old game” context, will properly appreciate this re-release.

And this is where things get confusing. You could probably buy a copy of this game for far less than they’re charging and use player-made mods to get to 1080p. Many of you probably have copies of the game hanging around. If that’s the case, you’d have to desperately want a digital copy for me to suggest you repurchase. How important is that $20 to you?

The graphics have held up well and have, in fact, been slightly improved. I’m not sure I could tell you how, but they certainly look better than they did. It took me seeing side-by-side footage to really appreciate it, but it’s there.

Aside from that, it is what it is. The animation is a little wonky, there’s not a ton of detail on units (although buildings look great), all things you’d expect from a game that’s as old as Age of Empires II. It won’t ruin your enjoyment, it’ll probably even enhance it.

The audio sounds better than ever. The soundtrack was always very well put together, a nice blend of cultures and backgrounds, and nothing has changed in that regard. You’ll hear familiar phrases that’ll have your nostalgia in overload.

I’ve seen a lot of people defending this re-release by referencing the PS3 remasters. You don’t expect changed gameplay or updates from Jak and Daxter HD or Ratchet and Clank HD, and yet people expected more from this release. It’s unfair, but it’s also very valid. Jak and Daxter will not play on the PS3; Age of Empires II will work on even the newest systems, with a little work. Then there are things that perhaps would have been easy to add that have gone ignored under the guise of not breaking any of the magic of the original title. Nobody is going to get angry about an extra few buttons being added to the control scheme, nobody is going to get angry about being able to speed things up a little more in single player games.

Age of Empires II HD could have been a patch, as well as a full digital release. Microsoft chose the latter, and that’s fine. There are people out there that will absolutely love being able to return. It’s one of the best games ever released on PC, but this isn’t a great re-release.