8.3Based on
2 ratings
Login / Register to rate.

Mists of Pandaria is the fourth expasion to the ever popular MMO, World of Warcraft. This time around, players will be leaving the sundered lands of Kalimdor and the Eastern Kingdom to head to (you guessed it) Pandaria, where the mysterious Pandarens wage war against the Mogu, an ancient race that wants to reclaim Pandaria for their own. After more than 7 years, is World of Warcraft still the top dog in the MMO space? Or is the genre finally in need of some new ideas to keep players engaged?

Mists of Pandaria continues the story set up in Cataclysm. After an alliance ship carrying horde prisoners crashes into The Wandering Isle, a giant turtle on which the Pandaren train their young warriors, the Pandaren quickly have to clean up the mess made by the two intruding factions. After collecting the four elemental spirits in order to talk to the turtle, Lei Shen, the Pandaren meet up with members of the horde and alliance and help out each side in turn before deciding which faction they will want to join when the zone concludes. 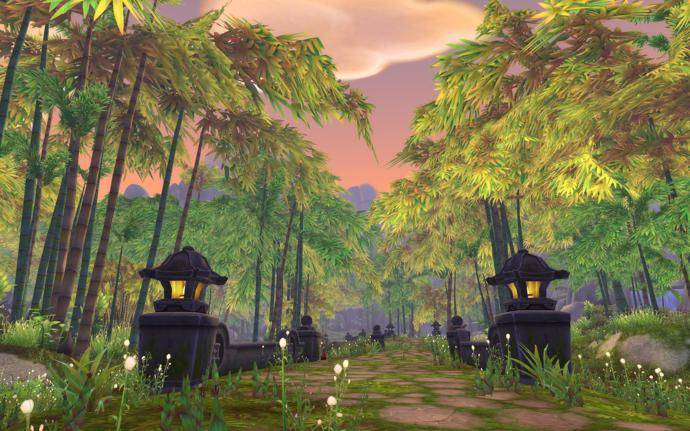 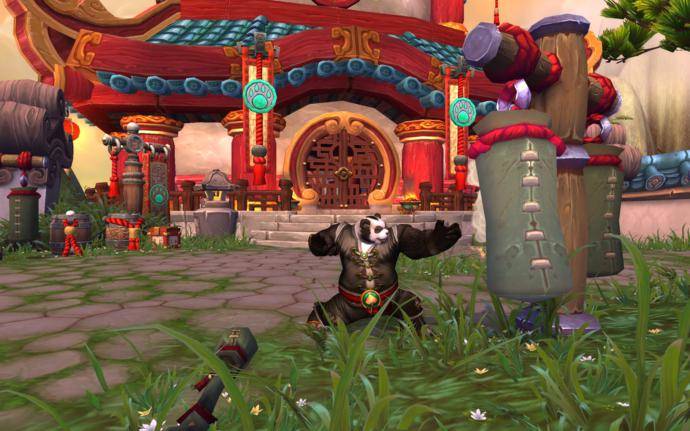 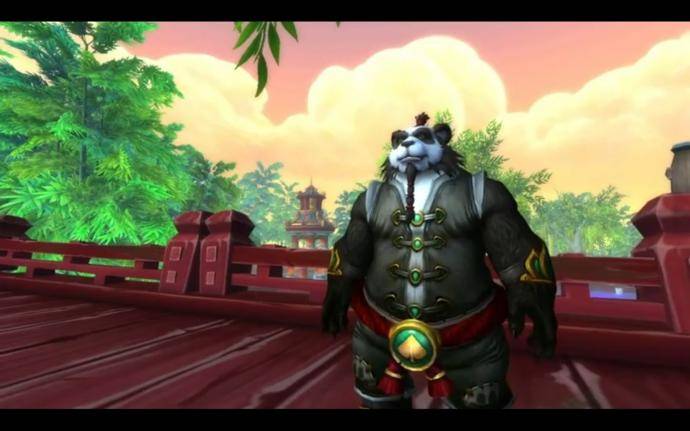 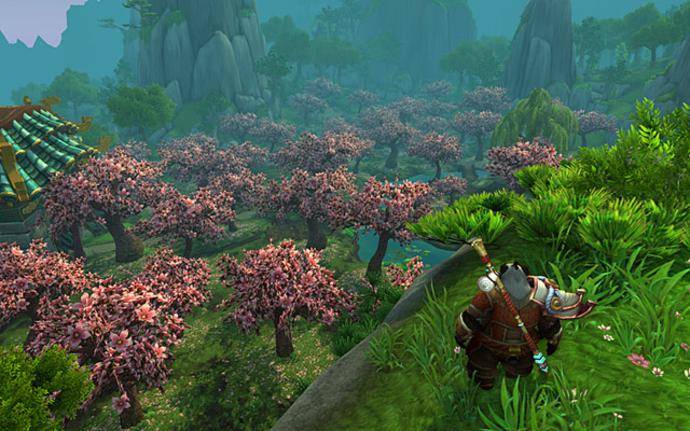 The Wandering Isle is one of the best starting zones in the game, and seems built to cater to players trying out the new Monk class. Throughout your time on the turtle, you’ll experience a number of tropes common to ancient Chinese myth along with chop-socky kung-fu action films It retains the charm that Warcraft is known for, deftly walking the line between telling a serious story and making you chuckle. One particular moment comes to mind, in which you are destroying scrolls covered in profane monkey graffiti (and such wisdom as ‘Poo no good for eating, but excellent for throwing’) and a short while later you are listening to a sobering speech given by your master as he prepares to pass away. Nobody is going to claim that the game has the greatest story ever penned but people who like to do more than just click ‘accept’ and move the quest along will find a good deal to enjoy.

The Pandaren are the first Neutral faction in the game, which means that they get to choose between the Horde and the Alliance when the starting zone concludes. When it was announced, this seemed a strange choice, and some people went as far as saying that Blizzard was simply being lazy and not wanting to design two new races for players to use. However, being able to make the choice between factions makes perfect sense within the context of the story, and creates some interesting story beats once you get to the actual continent of Pandaria.

Of the additions brought by the latest expansion, the most obvious is the new playable race, the titular Pandaren, as well as the new Monk class. With the Pandaren race and zones being so heavily influenced by Chinese mythology, the Monk class is the perfect addition for the new face to bring to the table. While the class isn’t unique to the Pandaren (now that they have arrived, they can teach other races how to follow the path of the Monk) they seem the best choice for the class based on the strength of their starting zone and the fact that many of their animations are a bit better than the other, older races.

Playing a Monk is great fun, and is the current favorite of many players due to the fact that they can easily switch between being a tank, healer, and a damage dealer with a quick spec switch. While some might argue that Warcraft didn’t necessarily need another hybrid class, each spec has a unique feel and the class as a whole plays differently than any class that has come before. Much of my time has been spent being a Brewmaster, the tanking spec, which I find incredibly rewarding. Compared to some of the other tanking classes the Monk seems to have more things you need to keep track of in order to be successful. Some say that it is needlessly complicated, but for the right type of player all the skills and buffs to play with make you more involved in the game and end up being more rewarding when everything goes wrong and you still manage to get the situation under control.

In addition to the Monk there are five more levels to gain now, along with the expected new abilities and skills for each class. Many of them don’t make huge changes to the previous formula, but if you are a big time Warcraft fan, you likely just want more of what you have been loving for years and Mists of Pandaria delivers that in spades. When you want to take a break from leveling or raiding (which you can do using the Looking for Raid system, offering players that would never have seen raid content the chance to play an easier version of the raids with groups of other players) you can try out the new pet battle system. Essentially, all the vanity pets that you have been collecting for years just to show off are now Pokemon, complete with different elements and levels to gain. You can battle your pets against critters in the wild in an attempt to add them to your collection, and then take your best three against other players to see if you can be the very best.

Mists of Pandaria has the same cartoonish graphics that Warcraft has always had, but they look better than ever. The fine folks at Blizzard are masters of design, and everything they have added has a distinct visual flair that is a treat for the eyes. All of the new zones are distinctly part of a coherent theme, while still managing to have a distinct look that keeps you from getting too bored on the trek to level 90. The design of bosses is especially top notch, and all of the new dungeons really feel like they fit the Chinese theme that all of Pandaria embodies.

Mists isn’t going to be called the harbinger of next generation graphics, however. The best part about Warcraft is that you can play it on almost any hardware at this point, so it has to be able to scale down really well. The game looks better than ever on top end hardware, but if you’ve never been won over by the distinct visual style, you won’t suddenly be amazed by Pandaria.

If you’ve played World of Warcraft, you know what to expect from the audio. The ambient music in all of the new zones is a delightful take on traditional Chinese music, and the new skills all have sound effects that are pleasing to the ear. My particular favorite was definitely the Keg Smash, a skill in which a Brewmaster breaks a keg and covers his enemies in delicious (and highly flammable) brew. All of the sounds match up perfectly with the events happening on screen, but many people these days play Warcraft while listening to their own music, or talking on Ventrilo to other players, so it might not even be something you would notice after a while.

Mists of Pandaria refines the Warcraft formula to near perfection, with new levels to gain, a new class and race, excellent new zones, pet battles, and some of the best raid content in the genre. But if you’ve been playing the game for years and are feeling a bit of WoW fatigue, it seems likely that this game will feel like more of the same thing you have been doing for a while now. Mists of Pandaria is the perfect expansion for the long time player looking for more of the excellent content they have gotten used to since World of Warcraft launched. However, it’s unlikely to make converts of any WoW haters, and you’d certainly be forgiven at this point for deciding that you need a fresh experience to bother with the MMO genre.