When Braid hit the Xbox, it was a wake up call to indie developers. Smart and simple games could flourish in this new generation of high-powered graphics. The Bridge is an indie 2D puzzle game where players control time and gravity to guide a man through a distorted world of M. C. Escher geometry. The Bridge owes much to Braid, both for paving the way for other indie games, but also for the quiet thoughtful tone that both games share.

When a game has levels inspired by the work of M. C.Escher, players know it’s going to be tough to navigate. Escher drew the impossible, creating objects and buildings that defy the rules of geometry and can’t be brought to life in the real world. Fortunately these virtual worlds can be made in a video game where the laws of geometry can be bent, and a few designers have used Escher’s work as inspiration, including the team that created The Bridge. 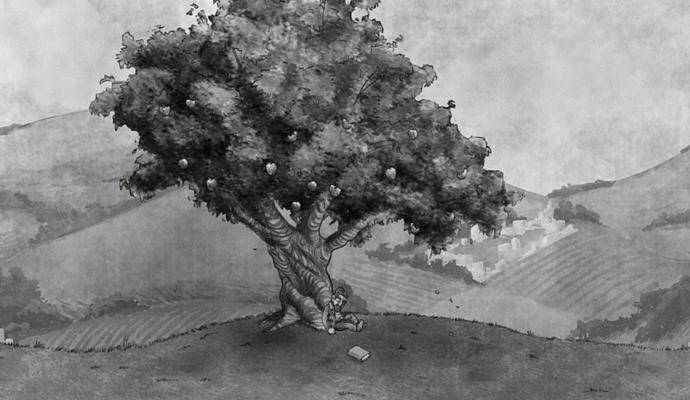 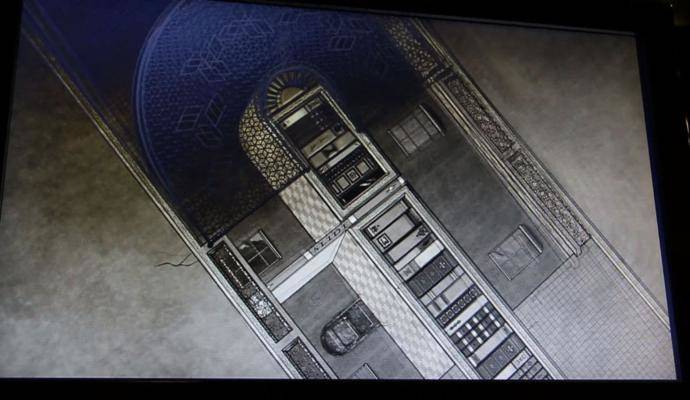 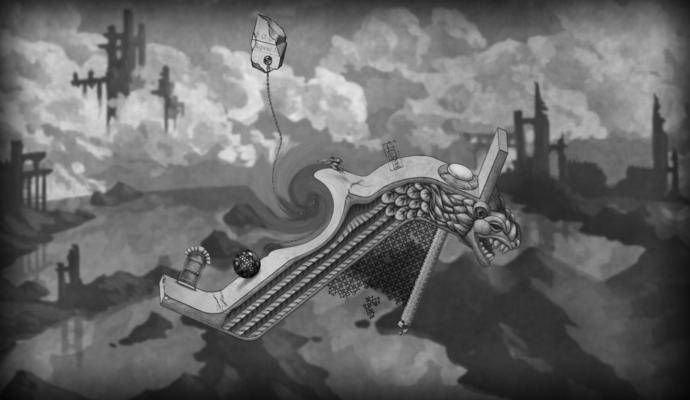 In The Bridge, players have to navigate levels that twist and fold over themselves in ways that defy logic. It is an example of 2D level design that would be impossible to implement in a 3D game.

The designers aren’t content to just slap geometry in the face. No, they also brazenly insult the laws of physics. Gravity can be controlled by the player, allowing them to rotate the pull of gravity around the levels so that their character can walk on walls and ceilings. Reaching the end of a level requires the Player to collect keys, or press a button, and the ability to control gravity can be used to make heavy objects land on buttons, or to make keys move to more accessible places.

Adding a mind-bending twist is that some objects will obey different laws of gravity, falling upwards when the player is falling down. This requires a careful eye because careless players can cause important objects to fly right off the levels.

Even the rules of time are broken by this game – Taking a nod from Braid, there are no lives or health bars. When players make a critical mistake (Like sending a key flying off into space) they can rewind time and try again. This doesn’t mean that solving the levels can be accomplished through trial and error; they require players to analyze the layout and think about how their various powers can be used to accomplish each step of the puzzle. Most of the obstacles are solved by thinking rather than quick reflexes, so the rewind feature doesn’t feel like a cheat.

Flaunting its indie status, The Bridge uses black & white hand-drawn graphics. Items on the levels are clearly-defined by shades of white and gray or by animated patterns. It doesn’t need anything further, although a splash of color can be found for those persistent enough.

The look of a 2D drawing actually enhances the sense that players are navigating an Escher illustration. There are little flourishes that further this sketchpad motif, such as when the Player dies and rewinds time, a faint smudge will become visible at the spot where they died as though the mistake were rubbed out by a pencil eraser.

The Bridge combines its simple mechanics to force players to figure out some very tough puzzles. The designers have made their game relatively accessible in terms of difficulty, however. There are 24 levels, and these are difficult enough to keep a typical gamer challenged for a couple of hours. Some of them are very tricky indeed, but most players should be able to get through them with enough patience and observation.

For hardcore fans of the puzzle genre there is a bonus mode that sends players through “Mirror” levels that have an intense degree of difficulty. This mode is brutally difficult and will drastically extend the brief 2-3 hour experience of playing through the first time. In fact the game’s one true flaw is that it is so brief, but there’s nothing wrong with leaving players wanting more.

The Bridge is a short, simple, smart game created by a small development team. It embodies the best of the potential of the indie community and is a must buy for puzzle fans. It is out now for PC through digital distribution or the publishers website.