Crytek is a studio known for pushing the technological envelope in game development. The Crysis series in particular has become infamous for its incredibly demanding system requirements, alongside its staggering visual realism. With the third and possibly final numbered entry in the series, Crytek is looking to give the story a fitting conclusion, while proving to the world that they are the undisputed kings of gaming graphics.

Crysis 3 puts players back in the boots of Prophet – or what’s left of him – as he returns to New York twenty four years after the events of the second game. Since then, the CELL Corporation has encased the entire remnant of New York City in a massive “nanodome.” The Corporation say they’re using the nanodome to protect the population as it clears the city of the remaining Ceph, but really they’re harboring advanced alien technology that allows them to effectively control the global energy market. 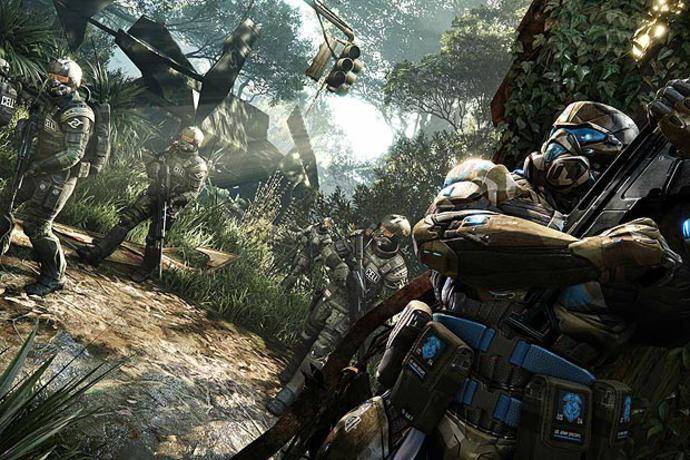 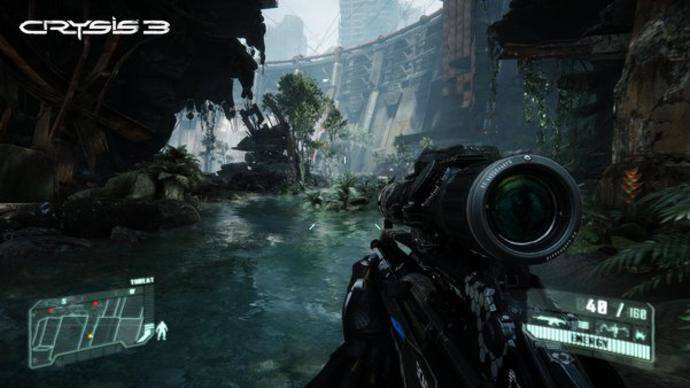 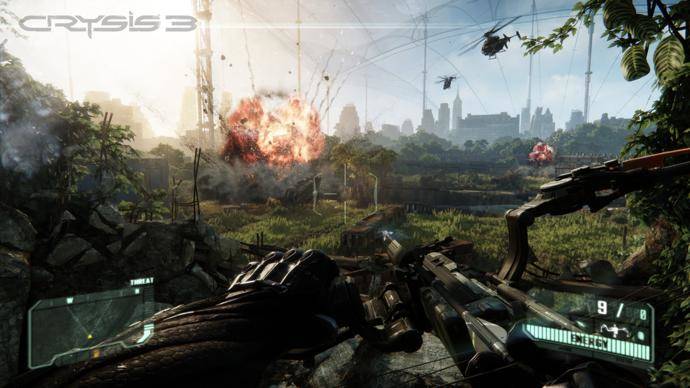 As this is going on, Prophet begins having visions of the “Alpha Ceph,” who is still very much alive and looking to complete the invasion of Earth. Prophet returns to New York to help the anti-Cell resistance movement, all while trying to figure out where the Alpha Ceph is, and how it can be defeated.

Overall, the story of Crysis 3 takes the game into some interesting places and explores some novel ideas, but fails to really connect on any level. At best, most of it is pretty tedious, and far too much of it is completely nonsensical. Even on a moment to moment basis, the game has very few of the epic, pulse raising moments that made Crysis 2, and after finishing the game, nothing manages to stick in the mind.

Crysis 3 was clearly not made with a sequel in mind, and, although as a standalone plot it has its shortcomings, it successfully concludes the trilogy.

Crysis 3 plays out very similarly to the previous games in the franchise, with the nanosuit’s functionality boiling down to whether you want to activate “cloak” or “armor” in any given situation. Options such as the enhanced jump or power kick come into play far too infrequently to bear much mention.

Outside of the nanosuit features, the game is a fairly standard FPS, even losing the cover system of its predecessor in favor of a more streamlined, run and gun approach. Still, while it might not be particularly original, it is exceptionally polished. The environments all feel natural, the combat is varied and well paced, and the weapon selection offers a lot of fun options.

The game’s pseudo open world style gives players a lot of freedom in how to handle certain situations. Stealth, brute force, or a combination of the two really make for some interesting combat moments.

On the flip side, far too much of it is repetitive and tedious, and often you get the impression that certain areas are designed specifically so you are forced to sit and admire the work they did on the visuals.

If Crysis 3’s single player mode was a bit bland, its multiplayer offerings go a long way in making up for that. The third entry’s online half is a significant step up from the previous attempts, offering a wide range of possible scenarios including 8 different modes and 12 maps.

Hunter mode, in particular, is a stand out aspect of the game, giving one player a nanosuit, and tasking everyone else with getting to the other side of the map alive. After its merely-okay single player campaign, the fact that Crysis 3 features one of the best shooter multiplayer experiences on the market was a great surprise.

Here’s where we get to Crysis’s true strength. Cutting straight to the chase, Crysis 3 might very well be the most technically amazing game I’ve ever seen. On a gaming rig that’s chewed through just about every major release of the past year, Crysis 3 actually made it break a sweat.

I eventually had to settle on the game’s “Medium” quality level to get an acceptable frame rate, and even that looked astounding. From stunning vistas, to incredibly detailed battles raging in the background; Crytek has created a living, breathing, absolutely gorgeous world. The level of detail and polish that was put into every inch of Crysis 3’s visuals is worth the price of admission alone.

Overall, Crysis 3 is a polished but surprisingly unoriginal take on the shooter genre. The gameplay innovations it brings to the table were more or less present in the previous entry, and at times it almost feels like this one is a step down in terms of its story and gameplay features. Luckily, most of this is offset by a fantastic multiplayer experience.

If nothing else though, Crysis 3 is a visual treat, and well worth seeing if you’ve invested a significant amount into your PC. Just think of it as an extended, interactive tech demo, and I think you’ll have a pretty enjoyable time.