Typing of the Dead Overkill Review

Typing of the Dead Overkill

SEGA’s House of the Dead is a gaming institution, not because it’s especially good (although it does what it does very well), but because its purposefully shaky action and dialogue makes it stick in the mind. Being chased by a sumo-sized monster? You can’t possibly enter the door marked “No Entry.” It’s silly and harmless, and Typing of the Dead takes that idea and makes it even more outlandish.

Typing of the Dead Overkill takes the Director’s Cut of the latest game in the House of the Dead franchise and shakes it up as a typing trainer. Who’d have thought those hours writing LOST fan fiction would actually come in handy when the zombie apocalypse rolls round?

How Hard Can It Be?

Typing of the Dead, fifteen years ago, would probably have sat alongside the Clip Art collections and productivity software. It’s not a traditional game, outside of the fact that you hit buttons and stuff happens on screen as a result. It’s amazing then that it’s so much fun, despite it not being the sort of thing you’d necessarily label as entertainment.

Typing of the Dead: Overkill requires skill beyond just being able to point and shoot a little plastic accessory

As zombies attack, words or phrases pop up underneath them. To kill that zombie, you must type as quickly and as accurately as you can that given word or phrase. This starts off easily, with words that are readable and quick to type. Zombies also shuffle forward rather slowly, so you can even look away from the monitor for a second if you’re unsure of what you’re doing.

It quickly becomes more difficult. As a writer of several years, I’m a damn fast typer. I get through thousands of words per day, and should be a natural champ for a game such as this, but even I found myself struggling at times. It’s not just typing, although getting your letters in the right order can be quite difficult when you’re under pressure, but it’s the actual words themselves as well. Words that are easily misspelled or unusual are commonplace. 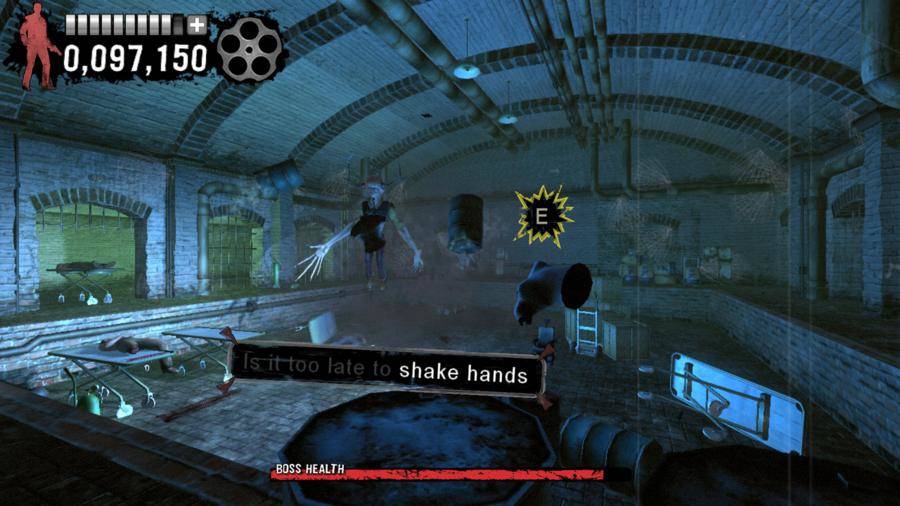 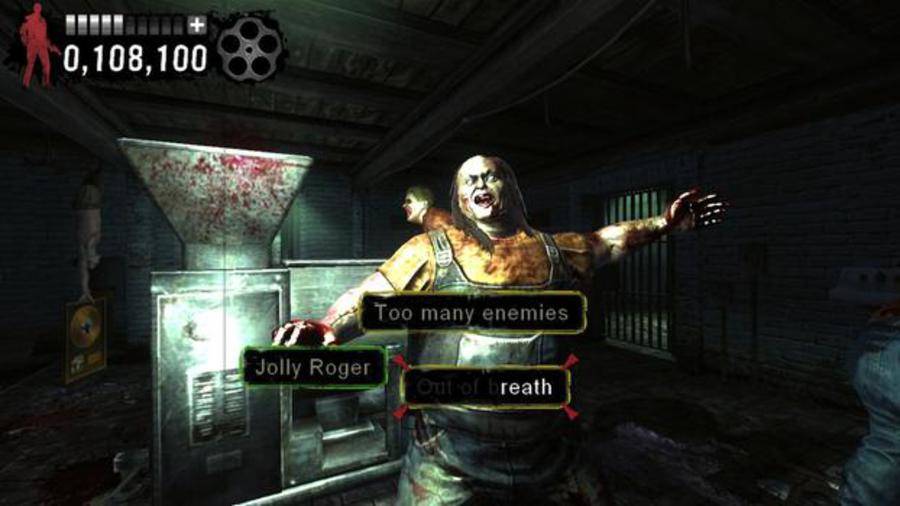 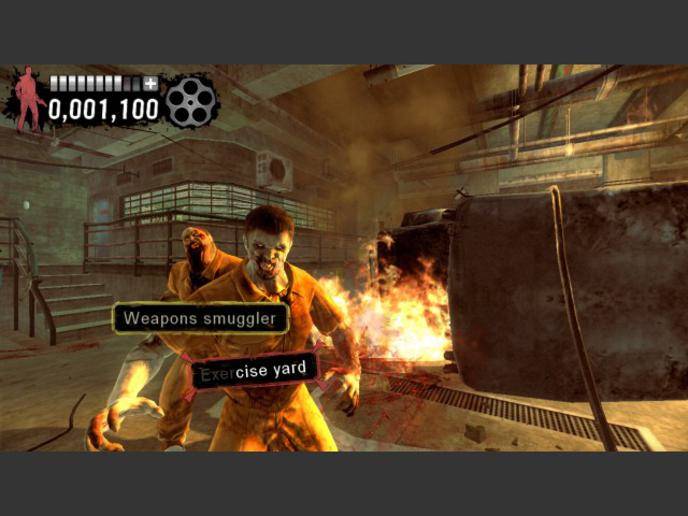 This isn’t the sort of thing your granddad will use to speed up his one-finger-one-hand type style. Typing of the Dead: Overkill will have you pushing out phrases you’ve never written before, and you’ll quickly realize your strengths and weaknesses.

For a relatively simple idea, and one that any self-respecting internet denizen would feel should be a breeze, Typing of the Dead offers a natural challenge.

He Wants to Go Where?

Typing of the Dead: Overkill contains the full Director’s Cut of Overkill, a nice bonus for those of us that never picked up the PS3 version of the game. And not just the “typing” version, but a fully playable “shooter” version as well, with both mouse and controller support. Not bad, considering the relatively low price.

The plot is exactly the same as it always was, taking its influence from the b-movies of the sixties and seventies. Lots of bad language, sex and un-PC dialogue. It’s not always hilariously funny, but it’ll get more than a few smiles out of you as you travel from cliche location to cliche location taking on the undead and fighting bosses.

Oh boy, those bosses. Some feel like they’re significantly easier than before. At least with Typing of the Dead, you don’t have to guess whether your attacks are working. Like the easier enemies, you only need to type the words that come up on screen. Other bosses are less simple, and will require almost a bit of luck on your part.

The story follows two cops and two strippers on an adventure that will take them through zombie-laden mansions and zombie-laden hospitals, all the way through to zombie-laden science labs and morgues. Expect a lot of bad language and plenty of skin.

I Can See You

The graphics are pretty much what you’d expect for a game that’s based on a title that’s several years old and originated on the Wii. They’re perhaps a little better than they once were, aside from a few graphical glitches, especially in the effects area. I don’t think blood ever quite squirted as satisfyingly as it does here. Seeing a haemoglobin soaked wall after typing the phrase “irresistible snog” is surreal, but welcome.

The soundtrack is also a definite mention. Never before have songs about necrophilia and incest felt so toe-tappingly awesome. A nice mix of country and rock welcome you each time you turn on the game, and you’ll definitely get a giggle out of it.

Once upon a time, killing zombies in video games was either really scary or really corny. Now they’re just another enemy. House of the Dead: Overkill took us back to an era where this sort of thing could be hilariously funny, and Typing of the Dead: Overkill requires skill beyond just being able to point and shoot a little plastic accessory.

That’s what makes it so much fun though – that and the Samuel L. Jackson impressions.