The original Sims game was a massive leap forward for gaming. News articles were run announcing that AI had finally got to a point where little people could run around inside your computer and teenage boys everywhere were making the girls they knew at school WooHoo in heart-shaped vibrating beds. Finally, a game where you could truly define the lives of your characters – so long as they weren’t hopping up and down on the spot or burning the house down. The Sims 3 for PC builds upon the franchise by add more options and making lives more realistic. This brings with it new challenges and new rewards, as well as the opportunity to get addicted all over again.

The Sims has a tried and tested style of gameplay that hasn’t really changed over the last decade. You must successfully steer your Sims through life; finding them a job, helping them pay bills, finding them love and preparing them for death over the 8-10 hours that is their lifespan. Not only will you decide the big stuff, but the smaller things as well, down to what they’re eating and how they spend their free time. This all boils down to a rather tight stat balancing game, trying to keep them productive and successful without stressing them out too much or having them become completely anti-social. 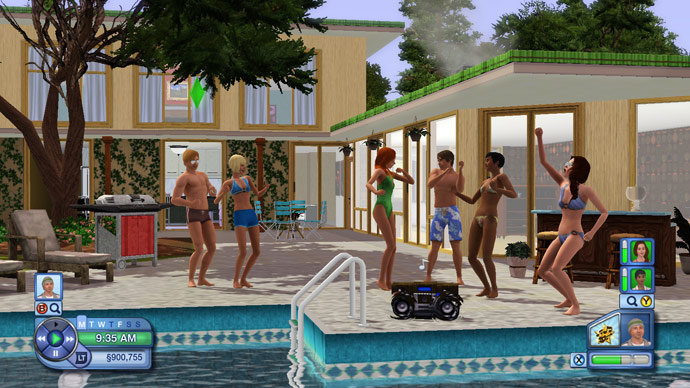 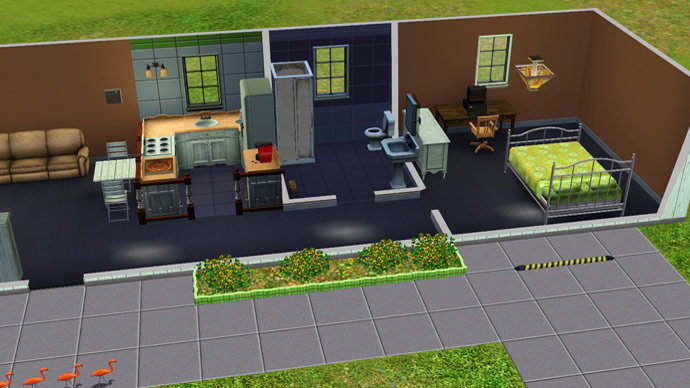 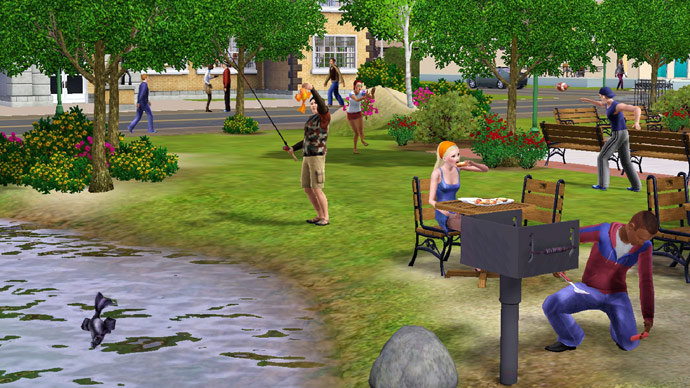 The first step is creating your family, and The Sims 3 offers more variety in doing that than ever. The lack of a “Bob Newbie” tutorial was a little disappointing – replaced by constant tutorial pop-ups in the top right hand corner – but creating your family from the very beginning really does give you a connection to them. There are hundreds of options to choose from in creating each individual’s face, their body type, their attitudes, their likes and dislikes and more. Sims feel more real than ever, and your ability to produce drama in your household is more obvious than ever.

You’ll also be able to choose from a variety of already created families, but that rather takes the fun out of it. Either way, once you have a family ready for gameplay you’ll need to choose a house to move them into. This is governed by the amount of money a family has, and a young single couple will end up moving into near-squalor before being able to move somewhere better. This might be frustrating for those that like to craft complicated mansions from scratch, but I suppose it’s more realistic and I’m sure there are ways around it (especially with the mod support on this game…)

When your Sim has a house, you’ll need to guide them through their responsibilities and their downtime. If you want them to have nice things (and if you don’t want them to fall prey of the repo man), you’ll need to put them into work and get them promoted. There are a number of careers to choose from and each is hilarious represented. You don’t know the sorts of things scientists have to go through until you send your Sim off to be a test subject in their underwear. As they gain skills in your chosen field and if you can keep your Sim in a good mood, they’ll get promoted, earn more money and be expected to do more and more crazy things.

Still, they’re working to live and their time off can be spent doing any number of things. From painting and writing to visiting restaurants and libraries, to see everything this game has to offer you’ll need to play it for hundreds of hours and with multiple generations. The most impressive thing to somebody who hasn’t really followed the series since the first game is how connected everything is. Your house is now part of a larger neighbourhood and your Sims can walk between locations if need be. No longer do you need to sit through a loading screen to visit a friend and your Sim’s workplace is now only a click away from being on screen.

As they go through their lives, you’ll need to ensure that the family line continues and for that you’ll need to raise a family. This can be done the “original” way or through adoption. The children will grow up now, starting as babies and progressing through being a toddler, a teen and a young adult. Marriage is easier than ever and so are birthdays, giving you complete control over the most important moments of your Sim’s life. If I had to complain I’d say that things are over too quickly, and that there needs to be an age between adult and old age, but knowing that the end is coming means you can plan accordingly.

Unfortunately, The Sims has become even more obsessed with post-release content. Never a franchise to shy away from expansion packs, now there is DLC constantly advertised in game. Purchasing new towns and objects costs real money and how often it’s rubbed in your face really is disgusting. Thankfully there’s an active modding scene that will give you new locations and new things to play with, as well as fixes and changes to many of the gameplay elements, at no extra cost.

The Sims 3 isn’t for everybody, but it’s certainly not just for casuals either. There’s a real depth to this game, a depth that will require you to make a multitude of characters in order to fathom. There’s a level of repetitiveness and it’ll be difficult not to keep having your Sim swap jobs (or partners), but even without the drama there’s a level of skill needed if you plan to keep your Sim alive and happy.

The Sims 3 won’t even be listed as one of the best looking games ever, but the more you think about it the more impressive it is. There can be an awful lot happening at any given time, and to have a whole town available as well as events in individual locations, even on lower end systems, is an achievement in itself. You’re able to do an awful lot with the design of your homes and of your town, and the graphics engine seems quite durable in that regard. This is a game that’s definitely more than passable.

TVs blaring, Sims screaming in their own language (Simlish), alarms going off. The world of The Sims is loud, and the audio in the game represents that perfectly. You’re not going to hear fantastic music or voice acting, this isn’t that sort of game, but you’ll never hear anything out of place or harsh on the ear either. If you’ve ever had to fight for breakfast in a busy house on a school morning, you’ll find yourself getting flashbacks watching The Sims 3. That’s what the developers have gone for and they’ve succeeded.

The Sims 3 isn’t for everybody; it can be repetitive and things don’t always go as you hope they will, but that’s life. The developers have built upon their award winning formula and created something that has managed to grow with the times without losing its trademark charm. As always, if you want to add more to your world you’ll need to shell out on expansions and DLC, but the base game is more than worth it, especially now it’s constantly in sales on digital distribution networks. If you’ve got a keen eye for detail and the skill to keep your Sim alive, give it a try. You might just be surprised.