LOTR: War in the North Review

LOTR: War in the North

Lord of the Rings: War of the North was supposed to be a darker, more adult game for those of us old enough to appreciate the films when they first came out. It was going to have a deeper story, more intense combat (complete with decapitations and blood – adult stuff) and it was going to show a side to Middle Earth we’d rarely seen, let alone in video games. War of the North was also publisher Warner Brothers’ first chance to show the world what they could do with their newly acquired Lord of the Rings licence.

Sauron has returned and the only thing between him and total domination of Middle-Earth is a small Hobbit and his attempt to destroy the one ring. Thousands of people will give their lives in the hope that the Dark Lord won’t suspect the ring grows ever closer to the fires of Mount Doom, and thousands more will help in other ways.

War in the North is the story of a small group of adventurers fighting against the forces of evil in locations not really touched upon in the films and only briefly referenced in the books. The plot is passable, although if you don’t like the gameplay you probably won’t feel you’re missing much by not fighting through to its conclusion. There’s a nice combination of original characters and characters from the wider Tolkien lore, although both of these throw their own problems into the mix. 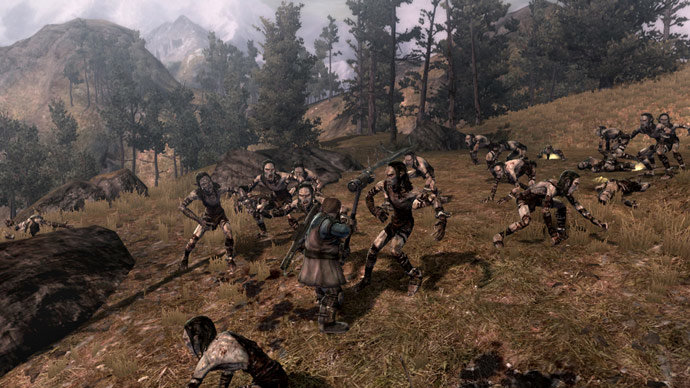 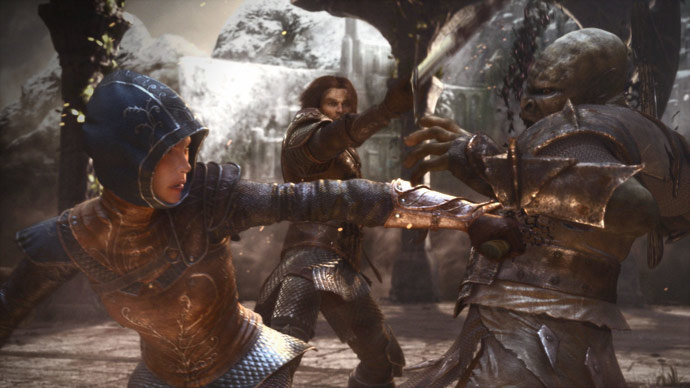 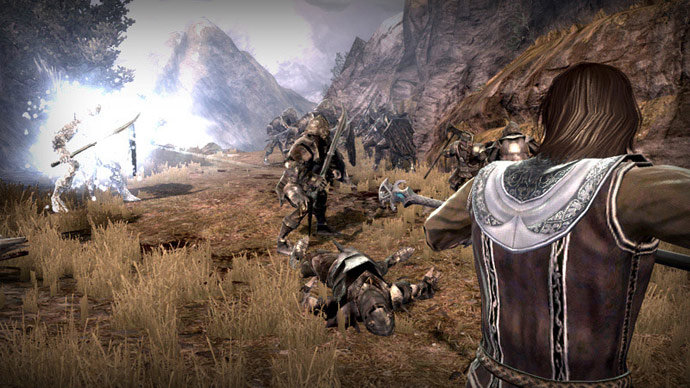 Lord of the Rings: War in the North is an action-RPG that puts you into the role of a ranger, a dwarf or an elf during the third age of Middle-Earth. Each character has their own play style and you can switch between them as you complete levels, so you’re never chained down to the one race. Each of them has their own advantages and disadvantages; the ranger with his melee moves and deadly arrow (also his voice work is done by Nolan North, which I’m counting as a power); the dwarf with his heavy axe and the elf with her grasp of magic.

Your adventure will take you through mountains and castles, through thick forests and into ancient dwarves. You’ll see some of the most deadly creatures of Middle-Earth and you’ll overcome them. As an entry into the Lord of the Rings franchise, War in the North is mostly well made. There’s the odd thing that lets it down – magic has never been a big part of Tolkien’s universe and yet every other character you meet will be casting spells left and right – but for the most part it’s a chance to see a new story, away from the overly done battles, away from the Fellowship, from the march through Mordor.

Along the way you’ll come across things you recognise. You’ll be given a chance to roam through Bree and Rivendell, to discuss events with Frodo, Gandalf and Aragorn. It’s a pretty nice balance of new and old and more you know about Middle-Earth, the more you’re going to get out of it. On the flipside, I can’t imagine the base gameplay alone would be enough to interest anybody who hadn’t seen the films.

And that’s what it comes down to really: as an extension of Middle-Earth, there’s nothing wrong with War in the North. As a game – and as a PC game specifically – there are a few more things to complain about.

The main goal of War in the North is to get from one area of a map to the other. Along the way you’ll fight your way through groups of orcs and trolls, maybe you’ll even search for treasure or equipment, but your main goal is to travel the linear path between A and B. You’ll be rewarded with cutscenes at each juncture, and then you’ll do the same thing again in a new location.

Fights largely consist of hitting the basic attack button over and over again and dodging when necessary. You’ll do this an awful lot as well. As you progress through the game, you’ll find new, more powerful enemies, but rather than see them as a fresh challenge, you’ll probably become more frustrated, annoyed not only by the length it takes to kill these things but that they start coming in droves as well. It’s not that these things are too difficult, but that they seem to have been artificially made more difficult with higher health and moves that’ll knock you off your feet. They’re still stupid as hell, no matter which difficulty level you select.

Perhaps the best thing War in the North has going for it in terms of gameplay is its co-op. On consoles this was available locally but the developers have taken this feature out for the PC version. Instead, you’re stuck with organizing games online. If you have friends and multiple copies of the game, this will make for a fantastic journey full of teamwork and close shaves. If you’re playing with strangers, the experience is likely to not entirely be what the developers had planned.

The RPG elements consist of unlocking increasingly better quality weapons and armour, the ability to level up and choose how to develop your character and the choice of where to take the conversation when talking with NPCs. The levelling system is good enough, although if you want the best equipment you’ll probably want to find a decent guide. War in the North feels more Action than RPG, but I’m not sure that a deeper customization system would make up for the repetitive gameplay.

The port isn’t fantastic either. There isn’t much in the way of graphical options and there’s more glitches than there should be. More than once I’ve had to quit out of the game because an enemy wouldn’t die or something hasn’t happened that should have done.

War in the North is a nice looking game, much better than I expected and amazing for anybody who remembers the old EA PS2 Lord of the Rings games. Locations from the films are beautifully recreated and new areas are equally rich in design. I’m not sure I could suggest anything to make it better visually without getting rid of the linear pathways that make up the majority of the gameplay. It’s not Crysis, but it doesn’t need to be.

Voice actors for original characters tend to do a decent job of fitting into Middle-Earth, although I heard the odd American slip a little too often. Actors imitating the characters from the films are hit and miss, but coming across a bad impression can really break the enjoyment of exploring a familiar locale.

The biggest problem with the audio in War in the North is that the original Howard Shore score is nowhere to be heard. The music itself isn’t bad, but without the familiar themes something seems desperately missing. Imagine making a Star Wars game without that famous intro and you’ll understand what I’m talking about.

War in the North had so much potential. As an idea, as a list of features, this should be the best game based on the IP but poor implementation and too narrow a list of objectives and you end up with something not entirely fun. To a Tolkien Freak I couldn’t suggest it enough, not because it’s always 100% accurate, but because it’ll be the only way you’ll ever see this part of Middle-Earth at this part of the fiction’s history. To anybody else, it’s probably best you avoid and find an Action RPG that delivers on either one of those descriptions.