It took an awful long time and a lot of legal wrangling with Blizzard for Valve to be able to call their new game DotA 2, but that’s what it is. In terms of spirit and content, this is the follow-up to the top Warcraft 3 mod that started a genre and remains popular to this day. Although the characters and maps aren’t a million miles away from those available in, for instance, League of Legends, it’s the unique polish and the effort placed into graphics and gameplay that really make DotA 2 a game worth checking out.

The MOBA genre is pretty set in stone and, in terms of basic gameplay, if you’ve played one you’ve played them all. There are two teams, both battling their way down tight, winding paths towards the other’s base. Whoever manages to destroy the target within the base first is the winner, although that will take a degree of strategy and timing, as well as a degree of sheer luck. Along each path are a number of towers which you must destroy on your journey to the other side of the map, and AI minions spawn to help you out (or provide decent experience fodder). 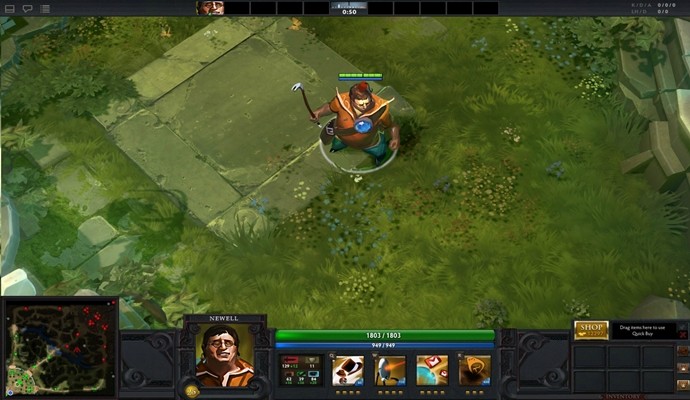 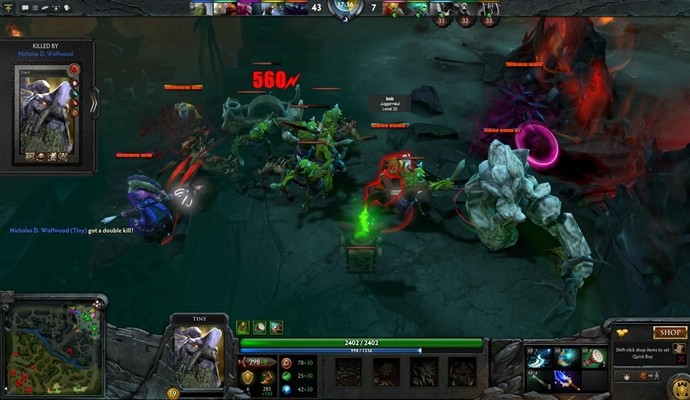 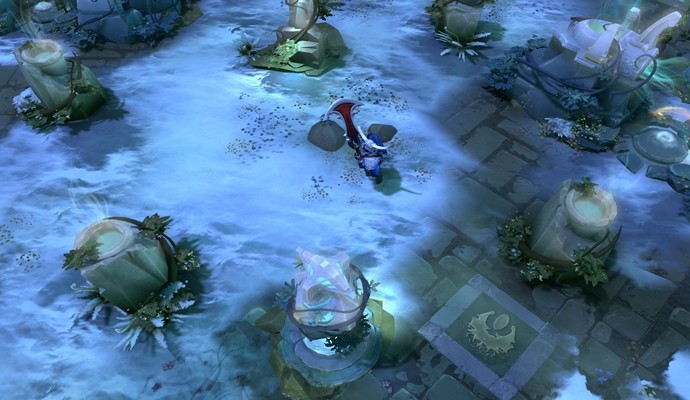 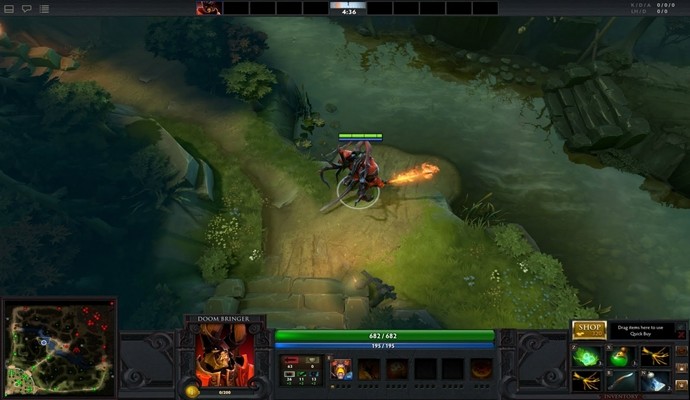 At its core, DotA 2 is a real time strategy game. You move your unit across the map, buy items with which to gain the advantage and use tactics and unique skills to move up the map. It’s also part RPG, adding in character progression and a store from which to buy equipment. Each match is filled with tension, rivalries, alliances and, yes, a plot of sorts develops. It’s everything you’d expect from an RPG in a much shorter space, but without an objective marker/linear story holding your hand. The more you play, the more you’ll get a feel for how the game works and for which characters you’re best suited.

There are around a hundred different characters, or “heroes,” to choose from, and each is uniquely balanced. There are different types of character, from support to full-on attack, and then there are different types within those types. Some are unique in stats and skin only, while others are wildly unlike anything else in the game. Each hero has their own set of moves, and leveling up those moves and using them appropriately is key to winning. Learning how to use various characters and the best path to upgrading them is an important part of MOBA, and it’s the difference between victory and failure. Playing as part of a team is equally vital, and communication is constant and not always flattering.

The infamous reputation that this genre holds is true no matter what game you play. People just aren’t nice, and if you don’t have a thick skin then you’ll suffer as a result. Mistakes aren’t accepted, not knowing your character’s stats better than you know your mother isn’t accepted (although mess up and your mother might come into conversation in other ways). I felt that Valve were making an effort at minimizing this problem and it was certainly better than League of Legends and Heroes of Newerth. Still, I could go and turn off life support at my local hospital and reaction would still be better than talking with strangers in League of Legends and Heroes of Newerth.

That’s not the only similarity between DotA 2 and its competitors. This is a genre based upon a single mod that sprung to popularity out of nowhere, and new games are never terribly unique. Even the characters are often the same and you might find that top players swing from game to game without any effort whatsoever. Your favorite will probably end up being the one where you feel you’re more accepted into the community or in which you like the UI the most, rather than because it offers something that the others don’t.

One thing that DotA 2 does have is high production values. The graphics are undeniably the best in the genre and the UI seems far less clunky than that in League of Legends. Animations look more professionally done and characters seem a little more fleshed out (although not by much). Valve are trying to make the genre more accessible and they’ve done a fairly good job.

If you get bored of the initial character or item design, you’ll be able to jump into the Steam Workshop and download new skins. It’s obviously not a massive change to gameplay, but it’s nice to be able to have some control over your favourite characters. You’ll definitely become attached, at least to the point where you use them as often as possible, and having a little customization goes a long way. There are also Steam Achievements for people who are into that sort of thing, although not as many as perhaps you’d expect.

The MOBA genre offers gameplay that manages to be both incredibly repetitive and constantly changing. Each game is unique, each opponent you face will offer you new challenges and yet you’ll probably find yourself doing the same thing over and over again. There’s also quite a bit of stress, especially when you come across somebody who thinks he’s god’s gift to DotA, and the 30 minute match can sometimes be all you need before you feel you’ve had enough.

Valve have done a great job updating the visual style of DotA without losing what made the design special in the first place. Animation is very nicely done and you’ll never get tired of the map, which is simple yet effective. Perhaps my biggest niggle would be that character design can be a bit lackluster, but when you’re presented with almost 100 heroes, it’s difficult to expect each one to be amazingly unique. Expect generic manly men and cleavage-exposed sexy green ladies, although there’s the odd exception mixed in as well.

Each hero is fully voiced, and whilst that does little towards making them fully fleshed out people, it’s nice to see that that level of effort has been put in. You’ll still end up hearing the same lines every time you play, and that’ll get annoying quickly, but it’s a problem that develops through extended play. More annoying, and more urgent, is the narrator/announcer, who sounds something like the “Finish Him” guy from Mortal Kombat and has about as much variety in the things he’ll say. You’ll hear the same snippets of dialogue multiple times within a few minutes.

DotA 2 is an excellent example of the MOBA genre and is well worth checking out, regardless of your experience. Newer players will be better accepted than in League of Legends and the way the game is designed looks and feels more modern. These differences probably won’t be enough to drag anybody obsessed with another game to DotA 2, but I get the feeling Valve hope to build a community from new players who use Steam. In the long run this might make combat for veterans a little too simple, but for now things seem quite balanced and, on the whole, relatively civil.