Perhaps Capcom and Ninja Theory started off on the wrong foot when it came to DmC: Devil May Cry. From its initial announcement, people have been offended – literally offended, as if their four year old had been forced into sex ed. Why the controversy? Because this reboot would disregard everything that made the original Devil May Cry games so important to millions of people and would try to rebuild from the ground up. Perhaps it might not be too bad, but more likely it would end up a mess of everything that had come before it, parts missing and features jammed where they don’t belong.

And standing semi-silently, between those holding pitchforks, stood the optimistic few who felt it could just be something special. Who could have guessed that they’d be right?

Dante is a half-angel-half-demon nephilim who finds himself being hunted by the demon Mundus. Mundus rules Limbo City without its human population knowing and controls much of the debt in the world. Dante – with the help of seer Kat and his anarchist brother Vergil – must destroy Mundus and his control over Limbo City before he himself is captured and tortured to death. 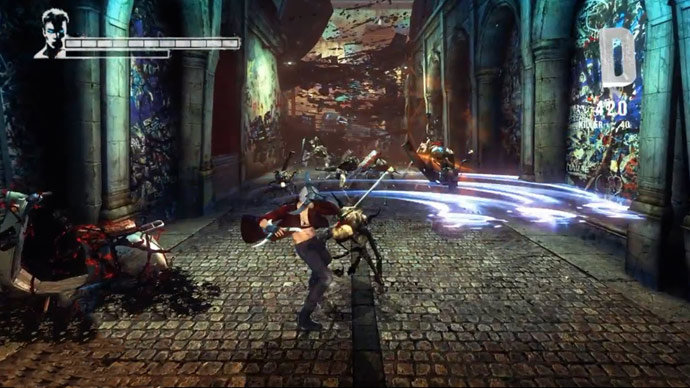 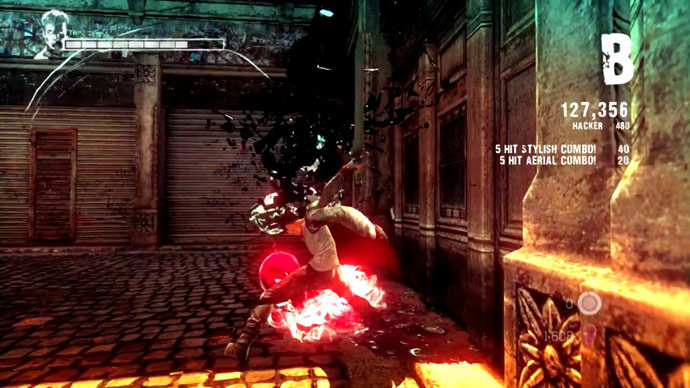 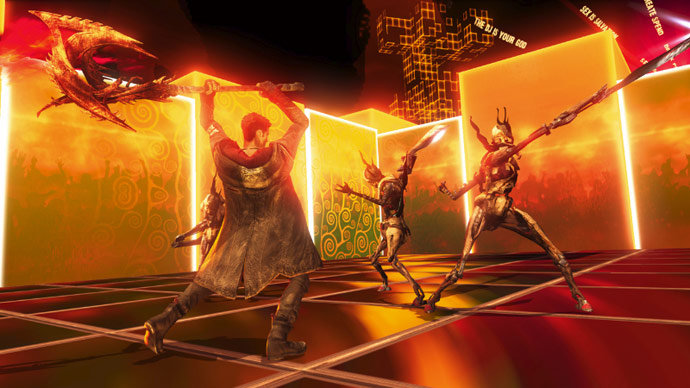 The story of DmC: Devil May Cry takes Dante through Limbo City and puts him on the frontlines for Vergil’s Anonymous like organization. During his journey he learns about his lineage, his powers and the many powers they left him.

Like earlier entries in the franchise, DmC: Devil May Cry is a linear hack and slash action game that rewards players for extravagant combos and perfect timing. Although each level has you heading to a very specific spot, there’s often multiple ways to get there and reward (or lack of) depends on you doubling back on yourself and exploring everything. Along the way you’ll be stopped by a variety of different enemies, each of which will require a slightly different strategy if you want to finish them off without taking too much damage.

Battle is fairly simple and an average player might find themselves tapping away at random in lieu of learning moves. You could probably just about get through the game like that, although you won’t be getting the most out of this title (or any like it) by hammering buttons. Instead, DmC: Devil May Cry is about graceful combat, about timing and finesse. It’s for that reason that you’ll be rewarded more points for using a variety of different combos, for avoiding damage and chaining attacks. The best of the best make it look easy and destroy everything in their path without any struggle whatsoever, but even mastering simple moves can be a little frustrating at times.

In fact, the biggest barrier for people new to Devil May Cry might be learning the controls. Thanks to Dante’s new dual-lineage, he has both demon and angel powers (as well as his regular moves). You’ll need to switch between these on the fly. Although activation of each is easy – you simply press and hold either the left or right triggers – getting your muscle memory to the place where you can do it without thinking can be harder than it sounds. I was more than half way into the game by the time I felt really comfortable with what I should be doing.

As you fight more and more enemies, you’ll unlock new moves (or upgrades for your current moves). The level up system is easy, everything is explained fairly well and a training mode allows you to practise things you’re struggling with. Certain enemies will require you use certain weapons against them and levelling that weapon at the right time (and knowing when to use it) will be the difference between successfully exploring a level and struggling along with hardly any health, relying on items to get you through. When you’re not fighting, you’ll be using your weaponry and both your angel and demon powers to traverse each environment.

Levels tend to be short pieces of exploration interrupted by occasional battle. For somebody who doesn’t enjoy the genre, this will get old very, very quickly and there are times that do feel incredibly repetitive. Battles tend to feel really big though and the game there is an almost constant influx of new enemies designed to keep you on your toes. I was actually surprised by the fact that there are new enemies introduced in each level right through to the end and you never start to feel complacent. Exploration is interesting, but suffers from a lack of variety in individual levels. Only those hunting for Steam achievements or those desperate to see everything will bother to explore more than is necessary.

As you explore, you’ll come across a ton of collectables. Keys unlock doors to secret missions that will test your command of Dante’s skills (although they’ll rarely test too harshly…) and lost souls hide away behind distant doors and in shadowy corners. You’ll need to play through more than a few times to get everything, a task that will be made easier by the ability to play a New Game+ mode after completion (in which you get early access to all weaponry and skills). Once you have everything worth getting, you’ll need to bring your heaviest controller for the higher difficulty levels that leave Dante unable to take a single hit.

Talking of controllers, this is definitely not a game to play with your mouse and keyboard. Although I’ve seen mixed reports from people who have tried; even some of them admit that it took some time mapping keys to get perfect control.

DmC: Devil May Cry looks fantastic for the most part, especially in regards to HD textures (you’ll need to turn them on in the options menu) and character models. That’s not mentioning frame rate which, if your graphics card is up to it, can be in the hundreds of frames a second. Colours are rich and varied, and the level design for each location is enough to keep even Devil May Cry veterans guessing at every turn.

This is made more impressive by the way which levels will warp as you explore them. Passageways will suddenly expand before your eyes and paths will explode just as you step on them. Ninja Theory have done a great job creating a world worth exploring, regardless of your thoughts on the reboot.

The voice acting for DmC is more than passable, offering a better-than-the-average Capcom experience that will carry players from location to location. Although Dante’s voice actor sometimes comes across as unlikeable, that’s more to do with the way the character is written. All in all though, there were no standout negatives and nothing that should put you off checking DmC out.

The music, on the other hand, is pretty terrible. Generic lyrics are screamed as you explore and heavy music distracts from your combos; at best it’s hardly noticeable and at its worst you’ll be reaching for the mute. Some might love it, more won’t.

DmC: Devil May Cry had a pretty steep uphill struggle on its hands. It would need to not only impress gamers interested in playing a new hack and slash title, but also gamers who actively wanted it to fail. Those people will be disappointed, in almost every way DmC manages to impress. Although you’re unlikely to be surprised by what it offers, it’s constraints of the genre that holds it back, not faults of the developer. This is a game that Devil May Cry fans will love, unless nitpicking ruins it for them.

It’s also worth mentioning that this is a superb port. While it’s not miles ahead of its console counterparts, additional options and smooth gameplay are always a welcome part of a PC transfer.