Dead Space 3 brings a lot to the franchise that has had long-time fans hesitant in their purchase. Trailers and the demo seem to show a game not so much survival horror as third person action, more like Gears of War than Dead Space. In an industry not generally interested in scaring those that want to be scared, major franchises dropping the horror element that made them big is a problem for many, but does that mean that action and horror aren’t at all compatible? Dead Space 3 proves that you can have your cake and eat it too, and that first impressions aren’t always everything.

Isaac Clarke returns and is forced once again to confront his fears in space. Isaac’s role in destroying the marker in Dead Space 2 has made him a target for the unitologists. Worse, Ellie has gone missing while trying to destroy other markers. Isaac will need to head back into space, take on a fresh batch of necromorphs and, hopefully, save the day. Along the way there will be plenty of scares, a few twists and turns and the blood and gore that put the series on the map.

Everything you’d expect from a Dead Space game is present and correct in Dead Space 3. Long treks through seemingly endless corridors, tension, fear and the occasional jump – there’s enough to warrant purchase for those people on the fence. It’s a continuation of Isaac Clarke’s story and it’s presented in a generally dark, adult way. Although this time around things start off rather more slowly than in previous iterations, it isn’t long before you’re back where you belong: amongst the necromorphs. 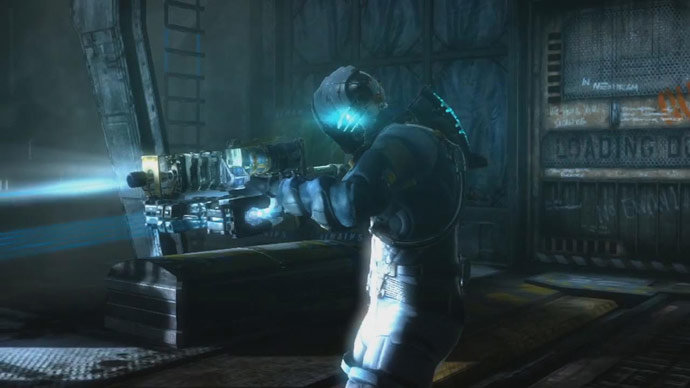 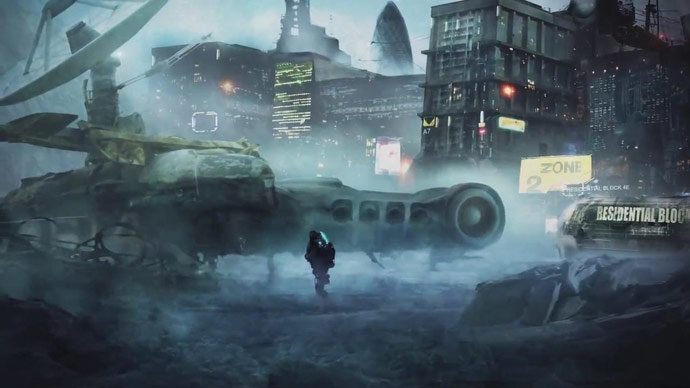 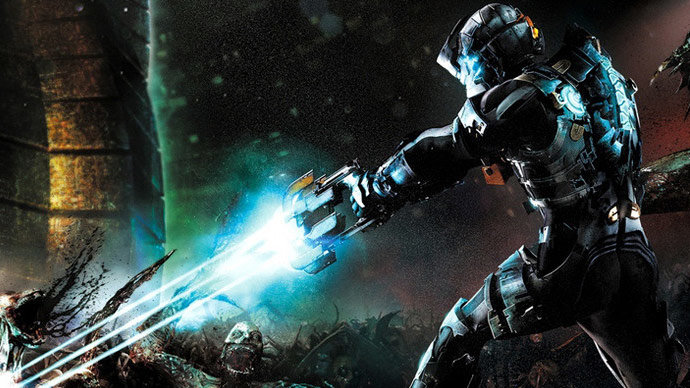 The game opens with a brief prelude and then drops you right into the action. Dead Space 3 is definitely a little more action-based than previous entries in the series, although this might be most obvious in the way that Isaac can now move. He seems a lot less constrained than in previous titles, although controls still manage to be smooth. You’ll mostly be using these moves when fired upon by the very occasional human opponents but they’ll come in handy against the necromorphs as well.

Aside from controls, Dead Space 3 doesn’t have a ton more action than you’d expect from the series. They’ve obviously tried to make combat more intuitive and more fun, and this has resulted in more enemies on screen from the very beginning and the need for faster thinking. That means that, overall, there will be more monsters in game and that you’ll need to perform better to survive, but there aren’t necessarily more instances of combat. This is balanced out by an increase in the amount of puzzles, although these might get repetitive the more you play and they’re hardly going to stress your brain.

There’s a good variety of weapons which, if used properly, will get you through combat unscathed. That includes some of the old favourites, and some new things. It takes a little more to craft and upgrade your weaponry now, but it also opens up to new possibilities. Attachments mean you have control over everything in your inventory, and upgrading makes a welcome return. If you need something more specialized as you progress, you can dismantle whatever you’ve been using and rebuild. It’s an interesting, fairly natural feature, although some will ignore it entirely for it being more complicated than the systems in previous games. It would be more important a system if the developers hadn’t opted into a universal ammo feature that means you can use the ammo you pick up in any of your weapons. This gives you more power to do things designed to be easier than in Dead Space 1 and 2.

With that said, Dead Space 3 still has a great atmosphere. This is the third entry in the series and I’d be lying if I said I wanted to play another game with similar scares. They’ve become a bit self-referential in some regards, playing upon your expectations of what they can do rather than actively trying to scare you. Perhaps this is why necromorphs are faster this time around, and why some of them become faster when you remove their legs. The scares rely more on pressure and on you expecting to be made to jump. Although I’d say that Dead Space 3 generally offers more tension than the first two games, this would be a lot more effective if you didn’t have practically unlimited ammo and more chances to heal.

There’s a “classic” mode to unlock which gives you less health and equipment, but some people might see that as too little too late. For fans of the older games who want to have to worry about conserving ammo and the like, I’d suggest bumping up the difficulty.

Dead Space 3 takes on a pseudo-open world feel, letting the player move from place to place and explore at their will. Side quests are given to you as you work towards your main objective, and you can choose whether or not you’ll do them. The side quests are very well done, certainly more than just attempts to extend the game, and they might just offer a few twists and turns of their own.

The new co-op mode is fun to play, although suffers from not being able to play it split-screen. The multiplayer mode claims to give players the full story of Dead Space 3, and of Carver, the second player character, which isn’t great for somebody who just wants to play alone. It’s still worth playing, but it’d be even better if you could play with a friend right next to you and I can only see it as laziness on EA’s part that this feature wasn’t better developed. What’s there is fine, but for the upset that co-op has brought to the Dead Space community, it should have been perfect.

This entry in the Dead Space franchise isn’t exactly like the others, but the evolution isn’t necessarily a bad thing. This is partly the fault of EA, who have done little but advertise the more action-based features of the game, but there’s more than enough horror in there as well. Isaac is perhaps more confident in his exploits than he’s been before, suffering from Ridley-fever, but the alternative is a lead character that never grows up, never changes despite their experiences and that would be just as bad.

I have to say I was surprised by how nice Dead Space 3 looks. It’s not just down to the fantastic lighting – a given, considering the genre – but textures and colour are nice as well. It’s certainly the best looking of the three games, but how much that has to do with more variety in the environments and more chances to show off different faucets of the engine is debatable.

The Dead Space series has always been pretty well produced audio-wise and sound has always played a big part in the atmosphere. The same can be said about Dead Space 3. The sound work is of very high quality and the occasional dull voice acting can be easily overlooked.

Don’t let the demo, or even the first hour, dull your Dead Space 3 experience. It’s a great game, so long as you come in with an open mind and take it for what it is. There really is a grapevine wants you to think things hgreat atmosphere and more than a few scares, and yet the internet ave gone a full Resident Evil 6. It’s not a change of direction, so much as it’s avoiding doing the exact same thing again, and for the most part that’s been very successfully done.