9.3Based on
3 ratings
Login / Register to rate.

Battlefield 3 is a first person shooter from the development company Dice, and was the showcase game for their new graphics engine, the fabled Frostbite 2. The game features a compelling campaign based on a United States marine who is arrested on suspicion of murder and for ‘apparently’ assisting Iranian ultra-nationalists in nuclear terrorism. We follow Sergeant Blackburn as he tries to save the world from re-entering the Cold War. Battlefield 3 is most revered however for its expansive multiplayer, which, like all previous Battlefield games, has redefined the multiplayer scene.

When I first started playing Battlefield 3, the first thing that instantly stood out for me was the graphics. The Frostbite 2 engine is, and rightfully so, one of the best video game engines out on the market. Although newer games like Halo 4 are prettier, Battlefield 3 is much grittier. The motion of the camera, the glare of the sun, the echoes of explosions push the emersion in the game up to a level which is near impossible to compete with. This is just on console, but the PC offers much more. The ability to run Battlefield 3 on its highest graphical settings requires quite the elaborate computer setup, but if it’s available, it’s well worth going for. The definition in absolutely everything is textured to its maximum, which offers for some very rewarding game time. The game is the perfect first person simulator, not shooter, because that’s what it feels like. You don’t feel like your sat on the sofa, at the desk, you feel like you’re there, in Iran, fighting for your life, and that’s an experience to be cherished.

Now this is why we’re all here, the multiplayer. After it attracted so much attention at the large game conventions like E3, and after the beta, which granted gamers the opportunity to jump into the game ahead of release in order to experience the chaos first hand, it’s safe to say that the game has developed a very dedicated cult following, a group in which I am proud to be a part of. 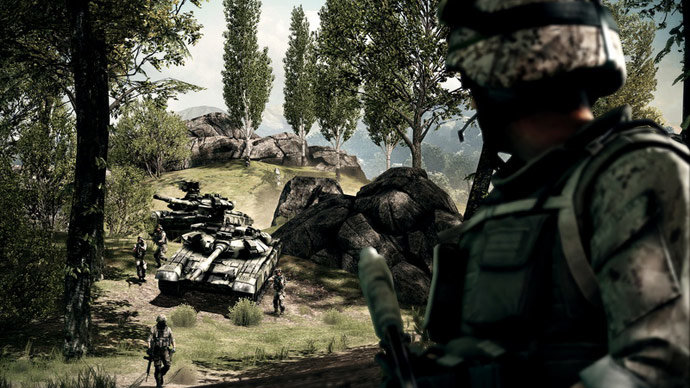 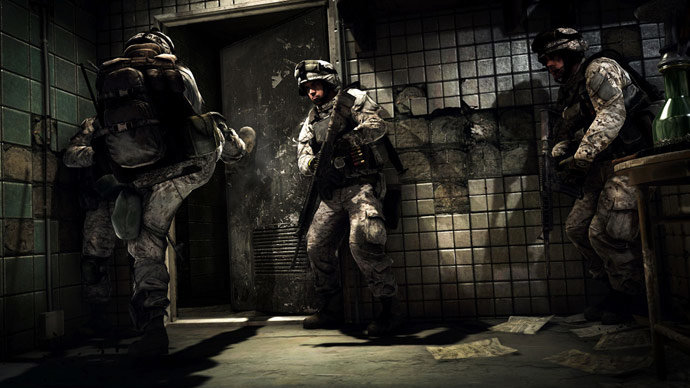 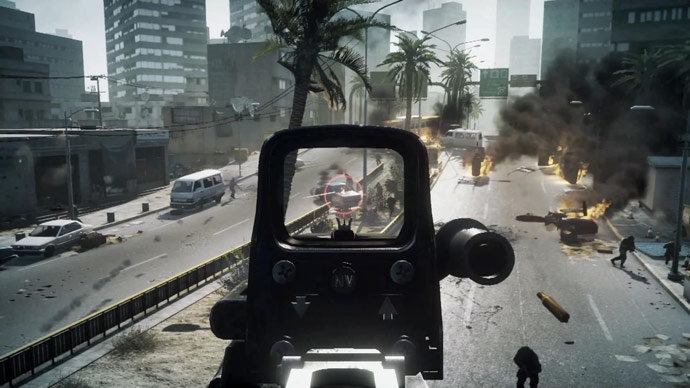 The multiplayer offers a variety of game types on a variety of maps, each with their own play styles and tricks. The destructible environment makes it feel as if there are 4 maps in one, because as time elapses, the arena will eventually become disfigured, and its original appearance will be left in ruins as war plagues the land. Not only does this change the way you play, but it also provides you with information that you never knew existed. The destructible landscape really means that you have to plan your every move, check every corner, and commit to every bullet fired.

Within the game you can play as 4 different classes, each offering their own array of arsenal in which to best either the Russian or American armies. These classes are Assault, Support, Specialist and Sniper, and as you can imagine it takes some time to figure out which is best for you, if there is one. Whether you prefer to storm right into the fray with an assault rifle, or if you prefer to sit back on the second line of defence with a mounted machine gun, it doesn’t really matter if the team work isn’t there. That’s what the Battlefield 3 experience is all about, the teamwork.

You are encouraged to work with your team whenever it’s appropriate to, because it won’t just win you the game, it’ll also increase the amount of points you earn. Going on the assault as a lone wolf is just as available but, you’re less than likely going to rank high on the leader boards if you’re playing with a squad of well rounded, friendly team. This is especially essential when you’re playing on a huge 64 player server, where the bullets are constant and the explosions are non-stopping. The teams are the ones who are going to do really well.

The one thing that made me fall in love with this game is the shear array of weaponry, not just in gun form, but also in vehicle form. Unlike its main competitor, Call of Duty, tanks, jeeps, dune buggies and jets are all available, and they add their own varying degrees of both complications and fun. If you’re in a jet, you’re bound to have a time, whereas if the enemy team has a jet, it’s not going to be a walk in the park by any means. The default game on its own was enough to satisfy gamers, but with the additions of Back to Karkland, which added another 10 guns to the list and Aftermath, which added the versatile X-Bow to the game, it’s safe to say that there’s a gun in Battlefield 3 for everyone.

The multiplayer is flawless. It was flawless on release, and it’s flawless even after the release of 4 incredible DLC packs, which a 5th coming in March of this year. The now huge variety of maps from the Caspian Border to Operation Metro, to the newly included maps such as Back to Karkland and Scrap Yard, there is literally something for everything. That’s one of the things I’ve enjoyed most about Battlefield 3, people criticized the lack of small maps, so they release Close Quarters, people wanted an environment other than the desert so they release Armoured Kill, it’s clear they obviously care about the community and listen to them, and that’s something I can really appreciate in a developer, so kudos Dice, you’ve done good.

This is an elaborate system that allows people to buy all 5 of the DLC map and weapon packs available at once for a reduced price, instead of buying them individually. If you do cough up £44.99 got Premium, you do get some added benefits. You unlock the ability to camouflage your weapons, as well as receive special gold dog-tags, identifying to your enemies that you are a dedicated player. The final perk you receive is a yellow handled combat knife, but that is only for cosmetics.

The one main problem I have with Battlefield Premium it that it’s only available to those who are willing to pay all the money up front. I’m more than happy to pay the increased amount, but spread across a series of months. Even though I’ve bought all the map packs, at an increased price, does this mean that my dedication to Battlefield is made redundant?

From the majority of people I know, the campaign was met amongst all of them with criticism. They felt that character wise it was weak, and on the fabled level in which you’re in a jet, you don’t actually fly it. I however think this is nonsense. The single player is just as good as any other on the market. I’ll admit that it doesn’t have a distinguished feature that really sets itself apart from other stories, but it’s good nonetheless.

The main thing that I want to stress with regards to the level Fast and Low, in which players take on the role of Captain Hawkins, the weapons operator and navigator onboard an F-15 fighter jet, is that it’s better than most are giving it. Preventing you from flying the jet was a smart move, because it gives you the opportunity to take a couple of minutes to breath and admire the work that has gone into the game. The fly-bys of the aircraft carriers and the actual process of take off should not be left to the player to do, because that’s more than likely going to end in tears, and a big fireball. The point of the mission is to demonstrate some of the military precision present in the game. People are just too impatient to realize that. One thing I will say however is that it gets pretty repetitive, especially the section which solely involves you tagging targets with a laser designator only to watch other F-16’s blow them up.

One of the main aspects that I admire about a lot of first person shooters is the variation in characters, and by that I mean the ability to play as numerous characters across the story. Battlefield 3 boasts a total of 4, Sgt Blackburn, Dimitry “Dima” Mayakovsky, Capt. Hawkins and Sgt Miller. All of these try to show off a particular aspect of what makes Battlefield so special. Sgt Blackburn and Dima demonstrate what the ordinary man on man fighting offers, whereas Sgt Miller showcases the tank warfare, in which he takes part in a cavalry charge on an enemy location, as well as try to evacuate Sgt Blackburn who’s in the possession of a WMD (weapon of mass destruction) in an overrun town in Iran. The clear change in pace, environments and weaponry add to Battlefields already high playability.

I can’t say anything bad about this game, because it would be so contradictory to the amount of time I’ve spent playing this game. After have spent well over 400 hours total on both PC and console I have nothing to give but praise. Dice have made not just a multiplayer legend, but also a story that has the ability to develop into something big. Normally, I hold quite a pessimism with regards to map packs, but Battlefield 3 and it’s DLC has managed to change that opinion completely. I’d like to see someone play this game and not consider expanding with the packs, because a game like this and an experience like this is something that’s well worth investing in. Whether you choose the Premium way, or the more spread out method, there’s no right or wrong way to enjoy Battlefield, and I can pretty much guarantee that you will enjoy the game.