Baldur’s Gate is often regarded as one of the finest role-playing games in existence. Initially released in 1998, it was BioWare’s second title and proved to be influential not only for BioWare’s later works but for other Western RPG developers. With a strong emphasis on storytelling and customization, Baldur’s Gate paved the way for other RPGs to follow in its footsteps and ultimately change the landscape of the RPG genre.

This version of Baldur’s Gate is best viewed as a love-letter to the landmark RPG. Developed by Overhaul Games, a company comprised of former BioWare employees, Baldur’s Gate Enhanced Edition is pretty much the same as the original but with a few added features. There are new characters, each with their own missions and backstory, and various coding changes that allow the game to run on modern machines. The multiplayer has also been redesigned for better matchmaking, and the updates to the resolution make the game playable in widescreen. While these differences are welcome, I’m not sure this upgraded version offers much to entice long-time fans of the series to purchase it. 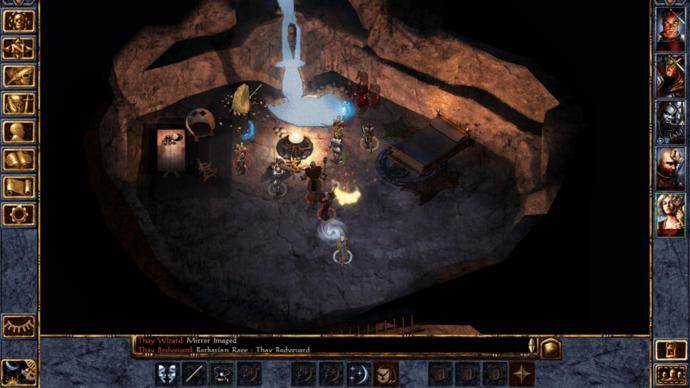 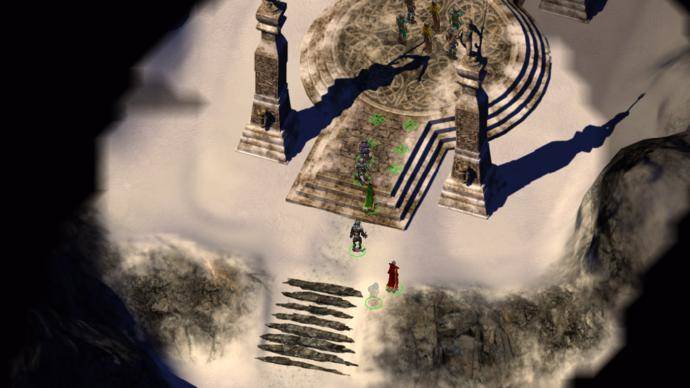 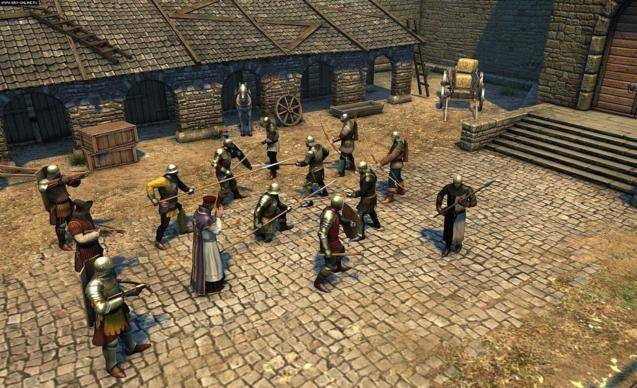 After leaving Candlekeep, Gorion and the main character are approached by a group of bandits. The main character is able to flee but Gorion is killed during the altercation. After this disturbing event, Imoen, the protagonists lifelong friend, shows up and joins in on the adventure. The first destination is to meet up with two people at an Inn that might have more information about what’s going on.

A lot of the story is told in between the game’s chapters by a narrator, but each chapter is filled with revealing details that uncover nefarious plots and mysteries. The narrative is very dramatic and much of it is about the politics of the Sword Coast. The high-fantasy might be a bit overbearing at times, but the depth of the story and the characters are where Baldur’s Gate shines.

Baldur’s Gate features a character building and combat system that reflects the 2nd Edition Advanced Dungeons & Dragons rules that serve as its core design. In the beginning, you’re able to create your own character or chose from a selection of premade PCs (Player Characters). Many classes are available to pick from, including sorcerers, thieves, warriors, druids and clerics. If you’re feeling adventurous, multi-class options can also be used. At first your PC will have a very light selection of spells and/or abilities at their disposal, but this will change as you gain levels.

The combat is where Baldur’s Gate could have used more enhancements, because it’s still presented in a simple fashion like the original. However, it’s still intuitive and will keep you on your toes as you give orders to party members while you face numerous enemies. During combat, you can pause the game to set commands for everyone in your party and even create scripts that kick-in during certain points of the combat phase. Because of how difficult the battles can be, you’ll be using these features often.

Like any good Western RPG, Baldur’s Gate has a fully explorable world. Granted, not all areas can be visited from the start, but the non-linear structure provides immersion and fun challenges. The bounty of side-quests to tackle are perhaps the strongest aspect of the game. Not only do they provide added replay value, but they really flesh-out the world of Faerûn.

The pixelated visuals could have used some touching up, but they still look good. The spells and creatures are detailed nicely for the time, and the motion-comic style cutscenes are well animated. The towns have a relatively simple design, and many buildings look the same. However, there are some outdoor vistas that are pretty to look at, nasty swamps and ominous ruins that feature some nice textures. While the graphics won’t blow your mind, they still hold up and provide for a good bit of nostalgia.

The sound effects in Baldur’s Gate do their job and that’s about it. Melee combat is filled with “clanks” and “thuds”, spells crackle and explode and footsteps sound different depending upon the ground. The music is what you’d expect for a fantasy setting. Strings that pull out the dramatic themes, jovial tavern music and gloomy effects for dungeons all make for a pleasant audio experience. The voice acting is also well done and really draws out the high-fantasy writing. The voice actors are successful in giving the characters personality, and Overhaul Games did a great job touching up and revamping some of the original voices.

Baldur’s Gate Enhanced Edition stays true to the glory of the original. While it still makes for a compelling experience, the alterations made don’t really add anything to make this game feel truly “enhanced.” This is especially true since there are many mods available for the original Baldur’s Gate that do a better a job. However, if you’re not into all that modding stuff, Baldur’s Gate has withstood the test of time and the Enhanced Edition is worth it for those new to the series.