The developers behind Deadly 30 absolutely have to be zombie game fans. It’s a cunning combination of Call of Duty’s Zombies, Left 4 Dead and a dozen other supernatural franchises that have defined the last few years of undead-erific fun. It’s not a complicated idea: survive. But that’s not quite as easy as it sounds, and it’ll take every second of your 30 day “holiday” to really make it out alive.

They come from the Left and the Right

The simplest way of describing Deadly 30 is as a 2D sidescroller Call of Duty Zombies. Undead creatures swarm towards you in groups, and you must keep them out of your base (and away from your generator) using various weapons. You can set up turrets, build boxes and fences, anything, so long as nothing makes it through and gets your sweet, sweet brains.

Deadly 30 isn't a perfect title, but there are nice intentions behind it and it works well

As night goes on, more zombies will attack and you’ll be forced to rush from one side of the base to the other, repairing your barricades as you go. You’ll soon meet an ally or two, but to begin with you’re all alone, and you’ll almost definitely struggle. There’s no such thing as a one hit kill here.

The controls work fairly well: it’s almost like a twin stick shooter. You move with WASD and aim with the mouse. Thankfully it’s simple enough that you’ll learn it quickly. There’s a fantastic sense of a single zombie being easily disposed of, but a group being absolutely deadly, and that’s how it should be. 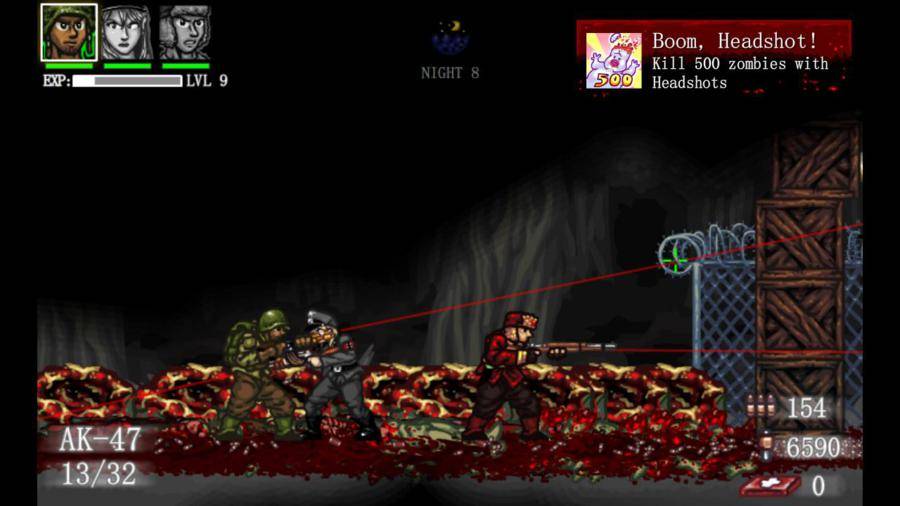 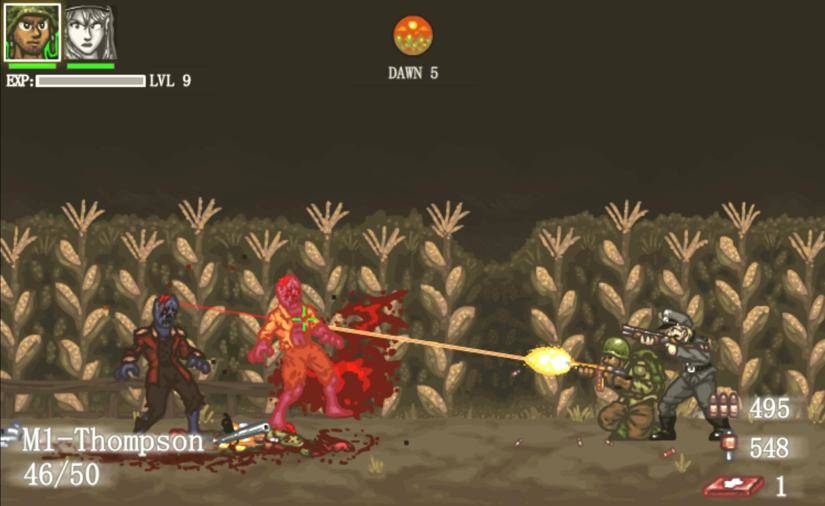 As you progress, you’ll find a variety of different types of zombie attacking you. This may just be a change of colour and a different speed or ferocity of attack, or it could be an entirely different type of monster, but the end goal is the same: blow it away. You’ll need to collect scrap to repair your barricades and build new weapons, but it isn’t always easy to come by, and choosing what you spend it on wisely is perhaps as important as shooting well.

Although your attackers will occasionally drop scrap and bullets, you won’t get very far by just hanging around at your base. In fact, without exploring further afield, you’ll hardly be able to cover the cost of repairs. I learnt this the hard way after missing an important part of the short tutorial that plays at the beginning of the first day. It seems almost reliant on you being in a certain place, and if you miss it, you miss a chunk of what you’re supposed to be doing.

It’s not all that important though. It doesn’t take long to learn the basics and once you have them, you can completely ignore the tutorial in future playthroughs.

Exploring is much like defending the base, only you do it while travelling. You have a set time before night and you’ll be rather exposed if you don’t make it back to your defences before nightfall. That doesn’t mean you won’t come across resistance while exploring, but it won’t be as difficult as come darkness.

Along the way you’ll dismantle vehicles and pick up scrap. One of these excursions can easily net you thousands of scrap pieces and dozens of bullets, making you well prepared for the night. Or it can net you next to nothing and you’ll have wasted your time. That, really, is the point of survival.

There are a number of different locations to visit, each slightly randomized (at least in terms of collectables) for increased replayability. This is awesome on paper, but can be a little world-breaking in play. Imagine running through an abandoned corn field, only to turn back and find millions of zombies and a sudden pack of abandoned vehicles.

Deadly 30 is a cunning combination of Call of Duty's Zombies, Left 4 Dead and a dozen other supernatural franchises that have defined the last few years of undead-erific fun

You may also come across an AI partner. You can find a couple of allies and you can switch control to any of them on the fly. This will be important, because they’re incredibly stupid. The AI in this Deadly 30 is almost certainly going to be the reason you die. They can point and shoot, and that’s about it. They won’t always even do that.

So annoying is this, especially on the higher levels, that it becomes almost a chore to have them. Some days feel literally impossible to beat without them but, if your not lucky in how they act, they’re not much use anyway. I suppose in an odd sort of way this is quite realistic, but it’s an easy complaint for a video game, and an easy excuse to switch to something else.

There’s an old feel to Deadly 30. They’ve taken modern game types and imposed old fashioned limitations onto common ideas. This might be some people’s idea of hell, but it works relatively well, outside of a mild sense of repetition. The graphics are nicely stylized as well. Not amazingly impressive, but suitable for the subject and never distracting.

Occasional cutscenes let you in on how your character is feeling. These are all fully voice acted, and not especially well. It might be that the developers did the voices themselves, or that they got friends or amateur voice actors involved, but the end result doesn’t sound especially good. It’s not the acting especially, but the sound quality. It serves to bring this entire element down.

My only complaint graphically would be that it doesn’t seem you can play in full 1080p.

Deadly 30 isn’t a perfect title, but there are nice intentions behind it and it works well. It’s biggest asset in combating the complaints is its budget price of £3.99, bound to come down when sale time rolls around. There will come a point where its trading cards almost pay for it, and at that price you’d have the be zombie food to pass.