Assassin’s Creed Liberation HD might have been a good idea six months ago. Take a popular, critically successful Vita game and port it to consoles and PC. Why not? There are a lot of people that wanted to see this chunk of the story but weren’t willing to by a handheld for it.

Sure, six months ago it would have gone down a treat, and would have nicely bridged the gap between Assassin’s Creed III and IV. With Black Flag on the market though, Liberation HD feels like a leap of faith gone wrong.

Assassin’s Creeed Liberation was originally released on the PlayStation Vita, a spin-off for Sony’s latest handheld. It contained the franchise’s first female protagonist, and it was the first portable Assassin’s Creed game to manage to capture the spirit of the main series without watering it down.

If you didn't know it had originally been a portable game, you'd probably feel there was something off, as if Ubisoft had suddenly cut its budget

That can’t really be stressed enough: this is an Assassin’s Creed game. It works exactly as III worked. You can run through the trees, there are towns and wilderness to explore, animals you’ll fight… If you didn’t know it had originally been a portable game, you’d probably feel there was something off, as if Ubisoft had suddenly cut its budget, but somebody used to the PSP or DS probably wouldn’t suspect that it was an HD port.

You’ll interact with a number of characters, kill some of them. The missions are much the same as in the older games as well, if slightly shorter. You start by going to a certain place on the map, a brief cutscene is shown, you go to a certain place, do a specific thing. The cutscenes don’t seem as important to the plot as in previous games. Its vibe isn’t entirely unlike Grand Theft Auto III; there are occasional pieces of plot development hidden behind a ream of “this is why you’re doing this.”

It’s not bad though, and Aveline, the main character, is very likeable. Like Connor, the hero of Assassin’s Creed III, she doesn’t seem entirely involved in events. Things happen around her. With Connor, who didn’t seem to have much reason to be doing the things he was involved in, it didn’t really work and ended up making him come across as unlikeable. Aveline is firey enough that you come to like her, although her part still makes it hard to enjoy the story. 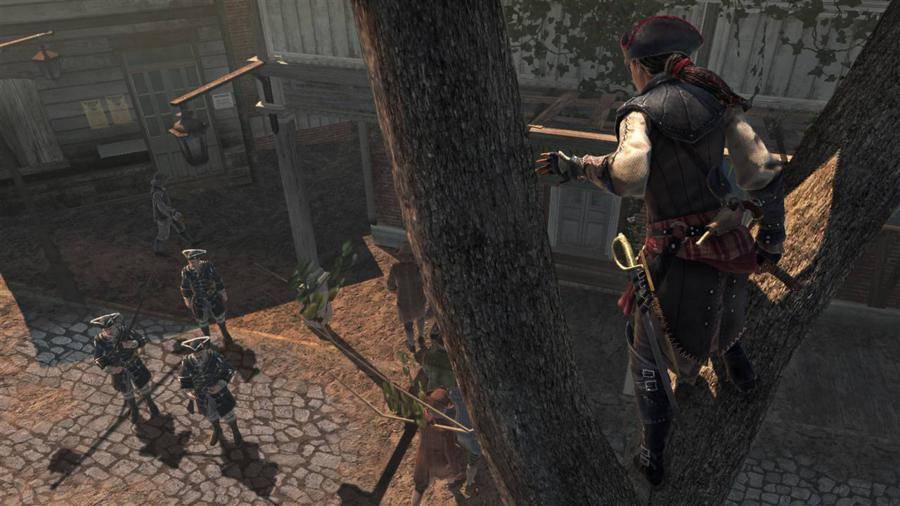 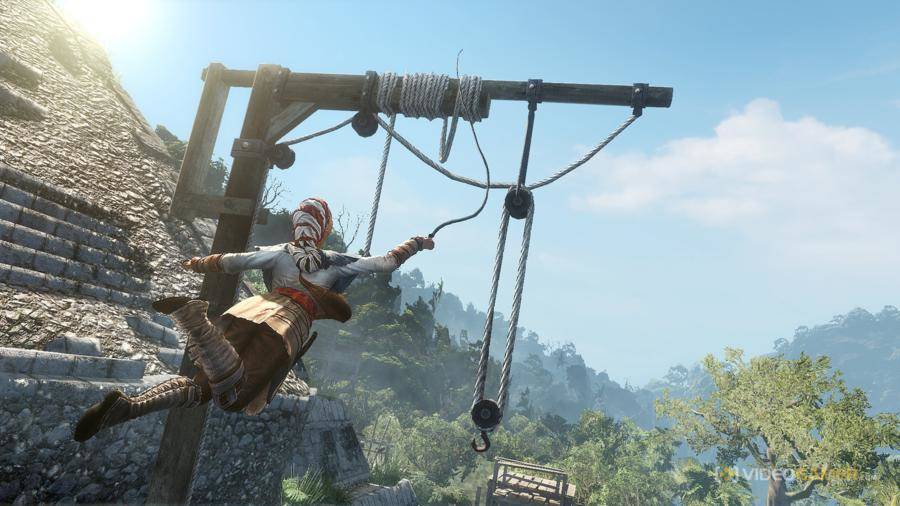 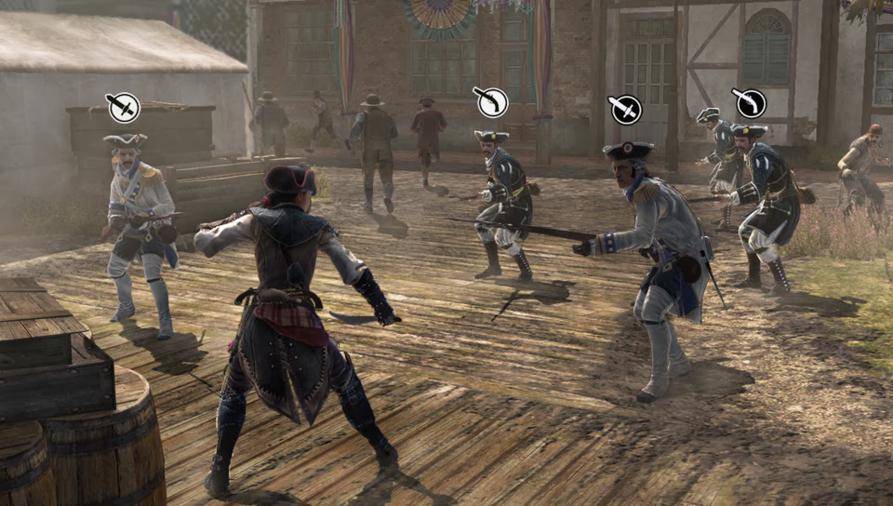 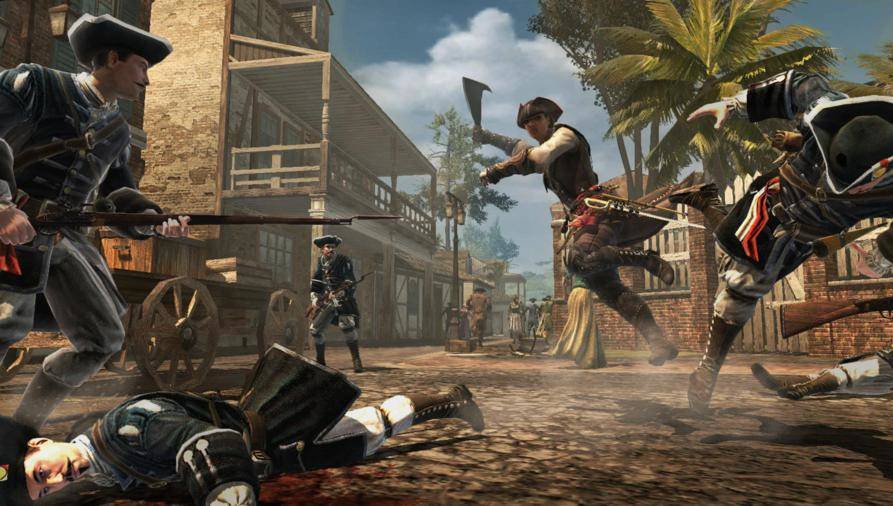 Same As It Always Was, Different Inside

At first glimpse, Liberation HD is just another Assassin’s Creed game, and for the most part that’s true. There are minor things that’ll stand out to you though.

The graphics are as beautiful on PC as they possibly could be. Textures are impressive, and some of the long shots (when you’re at the top of a building or tower) are breathtaking, as always. Still, the fact that things fade into view, especially in the cities, is really off-putting. It’s something you might ignore, but you’ll never like it.

On top of that, there’s a blocky design to the whole thing. Even the trees seem relatively square, if you can interact with them anyway. This is a problem with the main series, to a certain extent, but it hasn’t been as obvious as in Liberation since the original Assassin’s Creed. This can make the locations seem a little bland and even repetitive, especially from the rooftops.

Unlike in earlier iterations, Aveline has a variety of outfits to help her out along the way. Her slave and lady outfits draw less attention than the Assassin’s armour, and they allow her to explore the world in a slightly different way. This was a great move for the series, but it’s very underutilized. It would have been nice to have more access to changing rooms, and more outfits, and the opportunity for true stealth.

In many ways, Liberation HD didn't survive the jump from Vita. The graphics and gameplay are too limited, and it's made even worse in the inevitable comparison to Black Flag

Instead, you’ll largely use the Assassin’s outfit, because it gives you access to all your weapons and moves, until you’re told to change. A nice glimpse at something that might come back in a bigger way, perhaps, although it’d have to be much improved.

When you’re not on a mission, there are things to see and collect. There’s enough here for a few hours on top of the main story, but it isn’t as extensive as in the console games. Some of the extras are directly from Assassin’s Creed III, so it probably isn’t worth doing a platinum run in that and then making the jump across.

On top of all of this, there’s the usual Assassin’s Creed problems. You’ll sometimes run into a wall and get stuck there. More often, you’ll run into something you should be able to climb and nothing will happen, or something you shouldn’t be able to climb and Aveline will charge up it regardless of if there’s anything there or not. These are annoying, but not game breaking. If you’ve played one of these games before, there’ll be few surprising on the glitch front.

Assassin’s Creed Liberation HD probably shouldn’t exist, and the fact it does proves that Ubi were thinking of the money (and, let’s face it, why shouldn’t they?). In many ways, Liberation HD didn’t survive the jump from Vita. The graphics and gameplay are too limited, and it’s made even worse in the inevitable comparison to Black Flag.

That’s the problem. You might enjoy it, you might even love t, but when I’d finished my comment wasn’t on how good a PC game Liberation was, it was how good a Vita game it must have been. If you have the option, play it on Vita.