Video Games Have A Bloody Problem 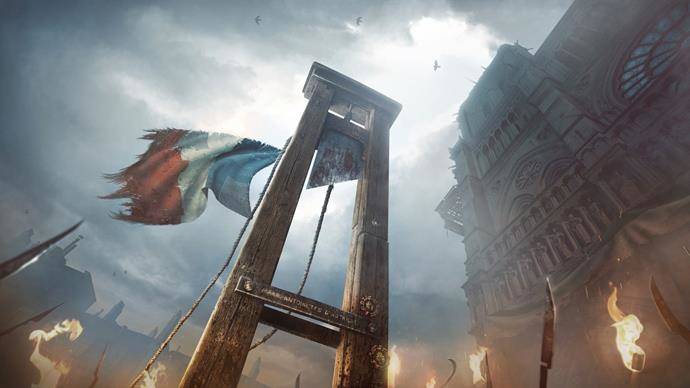 Sitting with fellow gamers in a theatre watching the Sony E3 conference, I realized we have a problem. The problem isn’t just with the Sony conference but with all the press conferences. After watching all four, I was exhausted by the violence that was shown. I understand this is a bigger societal issue in the world. Just turn on the news and it seems there are shootings every other day. Why do our games need to be filled with it too? Trailer after trailer was shown back to back for hours, many hinting at objectives that can only be accomplished with a gun in hand.

Now, I understand shooting in games has been around from the beginning. Just look at Asteroids, Defender, and Centipede. The problem I see in today’s games is the level of senseless violence and gore. Do we really need to see limbs cut off or internal organs spilling out? Watching these trailers back to back for hours made me feel disgusted and appalled. One of the games that got the loudest cheer in the theatre during the Sony conference was Mortal Kombat X. The crowd cheered with sheer joy after each bloody dismemberment and graphic spine rip. Meanwhile, beautiful and whimsical titles like Abzu and Entwined received merely a peep from the audience.

What is unfortunate is these unique titles are what I look forward to most and most people won’t even give them a chance. Indie games such as Journey, Flower, Gone Home, Limbo, Rez, and Sound Shapes are some of the best games I’ve ever played. In every one of these games I never had to pick up a weapon or kill anything, yet they resonated with me emotionally like few other games ever have. These indie studios are where the new ideas are and where chances can be taken. And isn’t that what we all want? Who wants to keep experiencing the same thing over and over again? What disheartens me is that the answer is a lot of people, since sequel after sequel is made and become the top selling games on the market.

There are some games that are able to pull off violence well. The Last of Us has graphic violence throughout but it feels necessary due to the fantastic storytelling.  The violence in The Last of Us also felt grounded and real, not over-the-top to cause a reaction like I saw in trailer after trailer during E3. With the dawn of a new generation of consoles, I challenge the game developers to use the extra power in these consoles to produce a new experience that isn’t focused on graphical fidelity but better AI or giving the player more decisions that affect the story or the gameplay. I love the graphical enhancements as much as anyone but not if it is used to make more realistic gore. Use it to make better facial animations so stories can be told through expressions and not words. That would be truly next-gen.

Nintendo, on the other hand, went the opposite direction at E3 and showed games that are full of whimsy without any violence. After a full day of blood and guts, Nintendo felt like a breath of fresh air. I found myself drawn to their games after all the lost limbs the day before. They are able to create fun, beautiful games without ever putting a gun in your hand.

Publishers have to follow the bottom line. They go where the money is and currently it is with Call of Duty, Battlefield, and Mortal Kombat. But that can change. The only way they will listen to us is when we vote with our wallet. I know that is what I’ll be doing. I’m putting down the gun. Will you join me?