There are definitely advantages to buying Ghosts next-gen. The visuals are fantastic, and while you shouldn’t hold your breath for anything on the scale of Killzone: Shadow Fall, it’s more than passable. People who say the graphics suck are being overly dramatic, and there are definitely moments that’ll stand out to you visually.

The story is perhaps the best since Black Ops

Not only that, but the extra features of the PlayStation 4 itself definitely add to the experience. If you were a Sony-only gamer last gen, the inclusion of a party system will completely change the way you play Call of Duty. The included microphone is already being put to good use, and it seems people are by-and-large more team-focussed than they were before.

And best of all, there doesn’t seem to be nearly as much different between platforms, in terms of network, as there was between the 360 and PS3 versions of Black Ops 2. 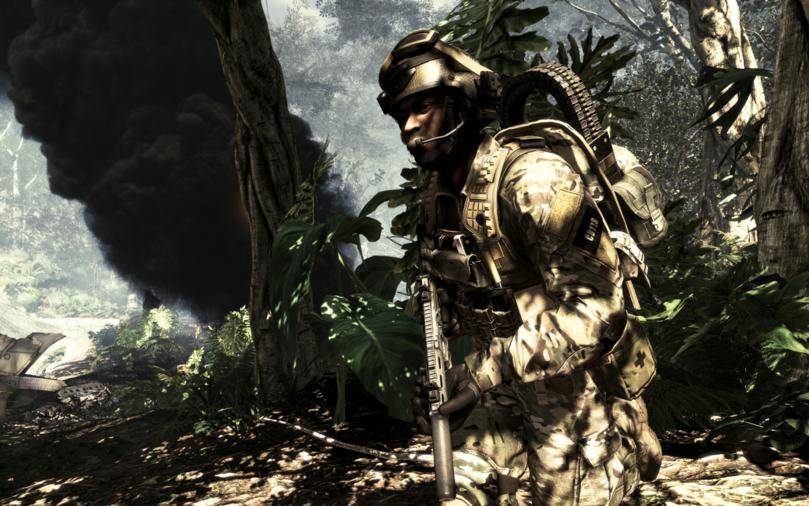 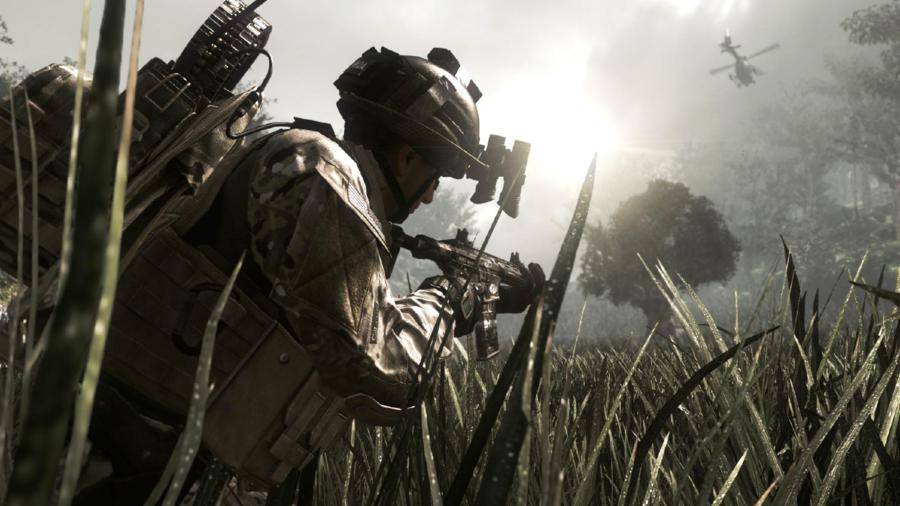 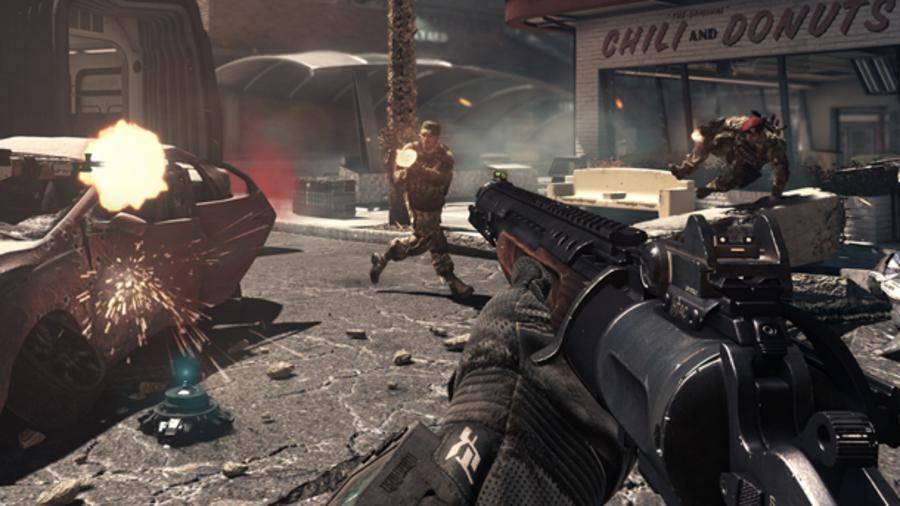 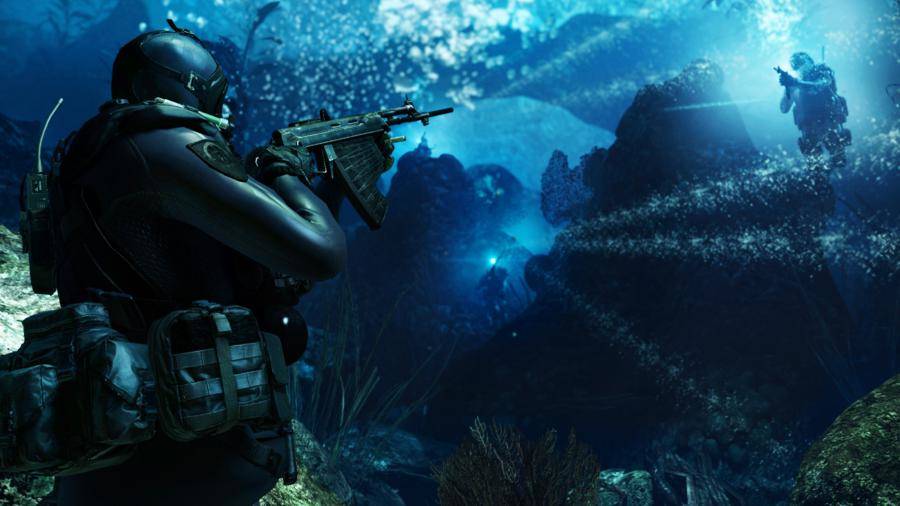 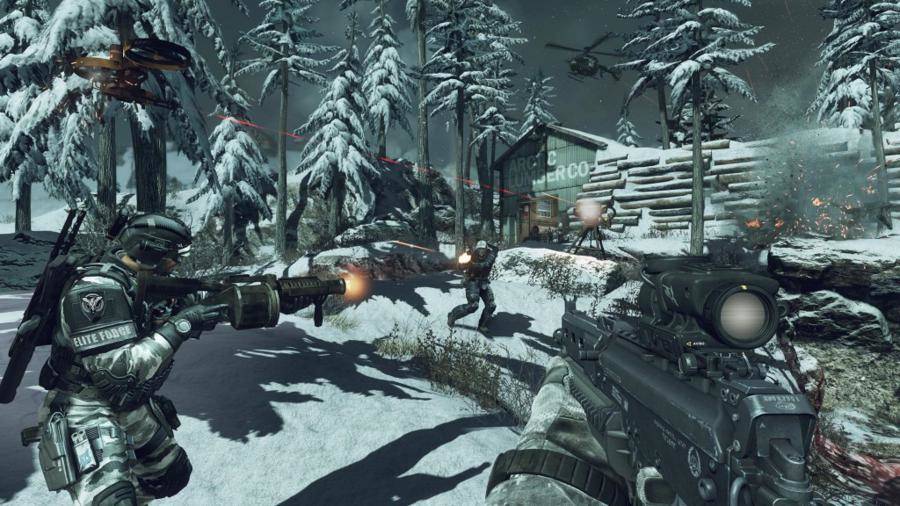 The end result is something that is largely quite polished, but also very familiar. It’s a great choice for somebody that wants to upgrade to new hardware without necessarily leaving behind the games type of games they’re comfortable with. The controls are the same, the way you play is the same… the only difference really comes from the improved visuals and the different OS. Some might knock that as a fault, but really it’s quite nice. Why not have something old while getting used to doing something new?

To Be A Ghost

As with previous entries in the Call of Duty franchise, there are three major pulls: the campaign, the multiplayer and the bonus mission(s).

The story is perhaps the best since Black Ops. While it still has plenty of action set-pieces and not much else in terms of gameplay, the story is a lot more personal. You no longer jump from person to person, playing as the same character almost throughout the game, and this lets you get to know your squad mates a little better. That some of your squad mates are also your family helps keep things nice and emotional, story-wise.

It's easy to believe the negativity online, but there's a reason there are still tens of thousands of people playing Call of Duty: Ghosts on PlayStation 4

But you’re not only a son and brother, you’re also a Ghost, a top tier get-things-done squad that almost passes for myth amongst those that talk about such things. You’ll need to stop a world war, started by the South American-based Federation, but more importantly you’ll have to track down Rorke, and ex-Ghost who has been killing your allies.

It was nice to have a closer story, with things to relate to, although these moments have been placed either side of levels which are largely typical Call of Duty fare.

When you’re done playing single player (or, let’s face it, if you’re in the 55% of people that don’t even make it through the first level), you can switch your attention to the multiplayer mode. There’s no better example of arcade shooter multiplayer, even with its flaws. It’s light, sometimes frustrating, but you can pick up and play at your hearts content. You’ll probably be pretty good at it as well.

Things aren’t as tight as in past games. The levels are largely bigger and more open, which was a terrible idea. As if they weren’t bad enough in previous entries of the franchise, Call of Duty: Ghosts gives campers the complete advantage. There are levels that should be quite good, and indeed are great fun when you get a decent game against a team that actually moves, but which are ruined by snipers able to take out anyone even approaching them from miles away.

There’s the usual issues with lag and games dropping out, which is unfortunate but will be fixed as time goes on.

New additions, including a new weapon set, will keep the hardcore CoD fans happy for the next twelve months, even as patches are still being released. It becomes especially fun with a friend, in co-op split-screen, and given that you can now have two account on at once, it’s all the better for it.

The two extra modes, Extinction and Safeguard, are decent enough for occasional play but just don’t manage to have the replayability and addictiveness of the Zombies modes. Safeguard has you tackling as many enemies as you can, while Extinction pits you against an alien hoard. The latter would be more fun except for a linearity that makes things very, very samey, and the random people who play seem happy to drop out whenever it suits them.

It’s easy to believe the negativity online, but there’s a reason there are still tens of thousands of people playing Call of Duty: Ghosts on PlayStation 4. It’s great fun, especially with friends, and it’s only minor issues that drag the score down. In all a solid title for any Call of Duty fan, although I’d suggest those that aren’t too sure wait for a price drop