Metro Redux is one in a long line of remasters released for new generation consoles, and it certainly won’t be the last. While that might sound like a negative to those desperate for brand new experiences, Redux makes an effort to go above and beyond what other re-releases have done, offering new content and improved visuals on not one, but two already well-received games at a price that’s difficult to ignore.

Welcome to the Metro

Post-apocalyptic stories tend to take place in abandoned cities, to highlight the devastation of a world after technology. After a nuclear strike or zombie outbreak, nature returns and giant green creepers wrap themselves around concrete structures, offering a poignant visual reminder of both our own mortality and the idea that nature finds a way. Metro has bits of that as well, but for the most part it takes place underground, in dark tunnels underneath Moscow, where the last of the human race has been cornered by a terrible race of monsters.

The metro is filled with sorrow, with death, with tribalism - and it isn't going to get any better

Redux contains two games: Metro 2033 and Metro: Last Light. The former was a graphical tour-de-force when it was first released in 2010, and was something of a cult classic for those that enjoyed the dark feel of the story. And boy is it dark. This isn’t a Fallout-esque story of hijink-filled survival, where the weird and the wacky carve out a piece of a new, albeit difficult Wild West world. The metro is filled with sorrow, with death, with tribalism – and it isn’t going to get any better. You can help to prolong people’s existence, but there’s always a bleak reminder that if starvation or monsters don’t kill the allies you come across, other humans probably will.

It’s this that makes your journey even more profound. Your role in events will be mostly passive, except when you’re killing guards or sneaking through compounds anyway. The reliance of other characters, people who are tired, battle-scarred and pessimistic, gives the dark tunnels that much more effect, because you know that, beyond this tunnel, is just another set of tunnels. There’s probably not going to be a happy ending and, even if there is, it probably won’t be for everybody.

Not that you don’t go above the ground occasionally. The outside world is filled with horrors, and you’ll need a gas mask to breathe. Fights have to be quick, because if you spend too long in any given area, you’ll run out of filters for your mask and will end up suffocating. Run from area to area, looting bodies and checking every shadow for something that might add on just a few minutes of sweet air. 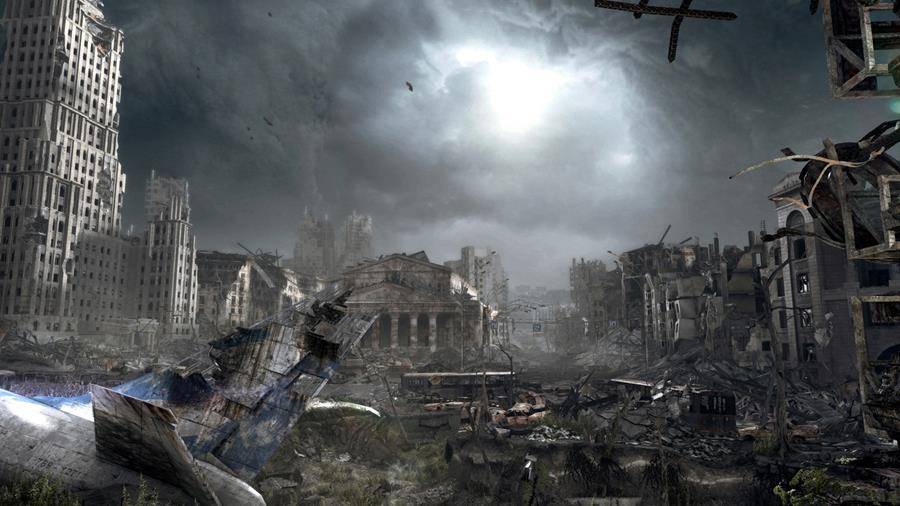 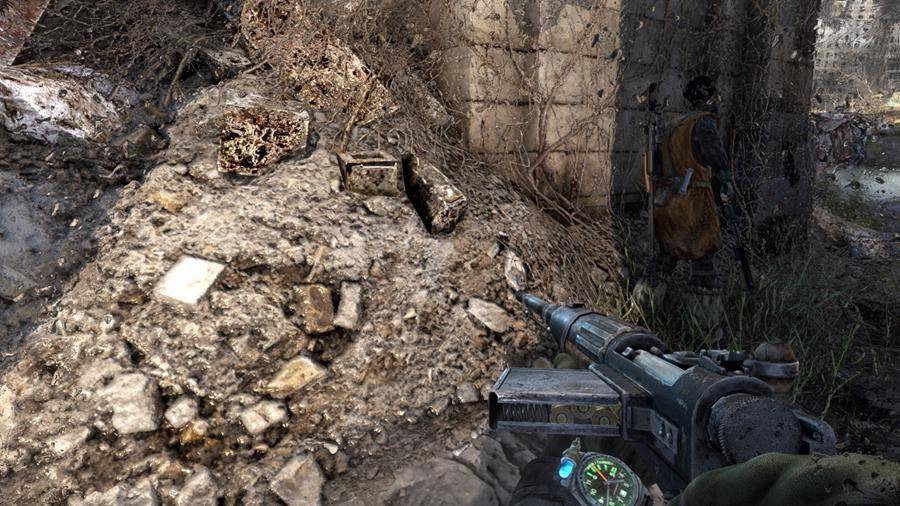 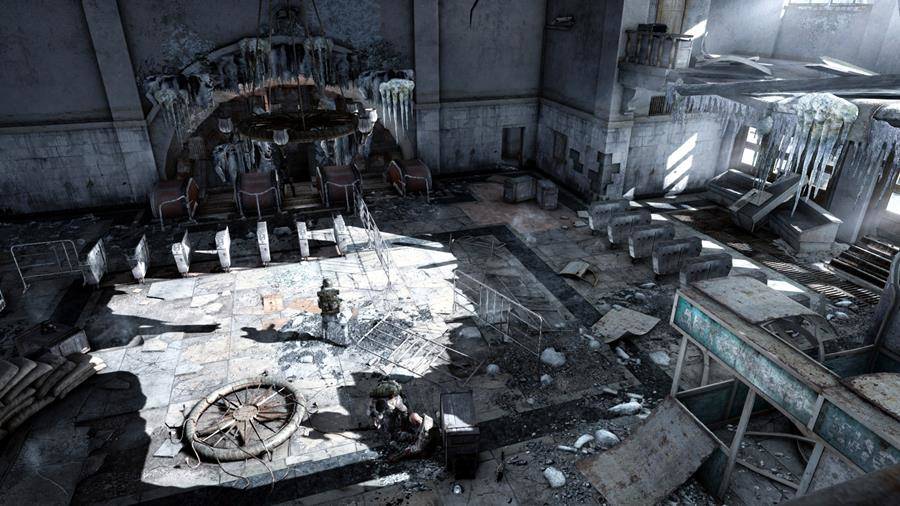 There have been plenty of upgrades over the original PC release, so if you’re interested but on the fence about rebuying something you already have, know that it’s not entirely the same. Graphics have been improved, with better textures and some shiny new lighting effects. Voice work has been redone and there are some new musical segments as well. Better than all that, plenty of the new additions from the sequel, Last Light, have been implemented into Redux. Weapon adjustments have been added, as has wiping your visor when wearing your mask (an odd thing on paper, but a beautiful feature in-game).

This is the best version of Metro 2033, by quite a long way.

Return to the Underground

The Metro sequel was always more than similar to 2033, and now that’s even more true. With the improvements of the sequel now firmly a part of the first outing, the leap to Last Light almost feels underwhelming. It’s more of the same, now more than ever.

That’s not necessarily a bad thing, of course. As part of a collection, it feels like an extension rather than a (now) lazy continuation, and the benefits to the first game more than make up for the smaller step up to the second. The graphics are a massive improvement over the PS3 version though, and have received the new level of polish as Metro 2033 Redux has too.

The best thing about Last Light Redux is that it includes all the DLC, including the controversial Ranger mode. Originally a pre-order bonus labelled as how the game was “meant to be played,” it’s obvious why its instant inclusion is an obvious plus. The other DLC adds a bunch of time onto the single player mode too, so that your adventure isn’t quite over once you’re done with Artyom.

While both games are excellent for what they are, they’re not always excellent as games. Firstly, the bleakness can get a little bit overwhelming after a while, and it’s hard to enjoy the lows with so few highs. I’m not saying there needed to be a Golden Saucer or other massive distraction, but a few actual victories, and a little time to enjoy them. Not in this world, and that’s the right choice thematically but it’s difficult to swallow sometimes. If you can stomach the often depressing realities of a human race that’s being hunted, that’s on the brink of extinction, you’ll probably play right through without even a pause, though.

It works though, it actually manages to be fun, perhaps in part because it's so bleak

Less subjectively, there are AI and level design issues occasionally that can break the immersion. Ordinarily that wouldn’t be too big an issue, but these are titles that rely almost too much on immersion. Wiping away the blood from your visor feels fantastic after a fire fight, but being chased by a flailing demon, arms stretched outwards for absolutely no reason, is less impressive.

You’ll also find there are moments that’ll get frustrating for the silliest of reasons. Perhaps you’ll face an enemy that can pick you up, and it’ll do so repeatedly in a non-interactive segment, and you’ll never get a chance to escape before being picked up again. Things like that probably looked awesome on paper, at the design phase, but quickly lose their charm when you’ve had to play a section five or six times because you can’t quite work out the “correct” way to run away from a bird monster.

I’ve used the word ‘bleak’ several times in this review, and it’s a word I see used a lot in regards to the Metro franchise. The dark lighting, the terrible way people treat one another, the hopelessness of the situation… Redux isn’t a title to pick up if you’re after an hour or two of shooter action. It works though, it actually manages to be fun, perhaps in part because it’s so bleak, because it dares to show the player something beyond the yo-yo melodrama of the average video game narrative.