Wolfenstein The New Order is a surprising showcase of powerful, alternate history storytelling. This latest entry in the revered shooter series, which is credited by many for creating the genre, still contains the “classic” gunplay intact, for better or worse, while having its exceptional presentation at the center of attention. Developer MachineGames, which is made up of past Starbreeze Studios members well known for their work on the excellent Riddick titles and 2007’s The Darkness, was able to concoct a thoughtful and well-written story, which is arguably a first for the series. The studio members are savvy when it comes to single-player focused shooters with strong narratives, just take a look at their portfolios, and this unrestrained knowledge and love for the genre is felt throughout The New Order’s roughly 12-hour run time.

At the forefront of The New Order’s story is a single question, what if the Nazis won World War II? It’s perhaps one of the more popular and well discussed alternate history questions today, and for good reason as it allows for creative debates and narratives. It also paves the way for MachineGames to venture into uncharted storytelling when dealing with, and displaying the monstrosities of The Third Reich, let alone if the regime were to successfully rule the world. Fortunately, the developer doesn’t disappoint in this regard. You experience and witness such moments, expertly layered throughout, through the lens of recurring protagonist William “BJ” Blazkowicz, but this time he actually behaves like a human being. Blazkowicz is a stunningly well-written, and multilayered hero that is a visceral example of the affects this particular war, and its horrific ramifications can have on an individual. “BJ” is thrust into a believable love story at the beginning which is just one of the many well developed story threads that prove my previous claim. The rest of the cast is just as interesting and all look and act satisfyingly eccentric all the while sporting fantastic performances from their actors. The game is filled with excellent story beats and character moments that very few shooters are able to accomplish in having these days, which just made The New Order that much more refreshing. 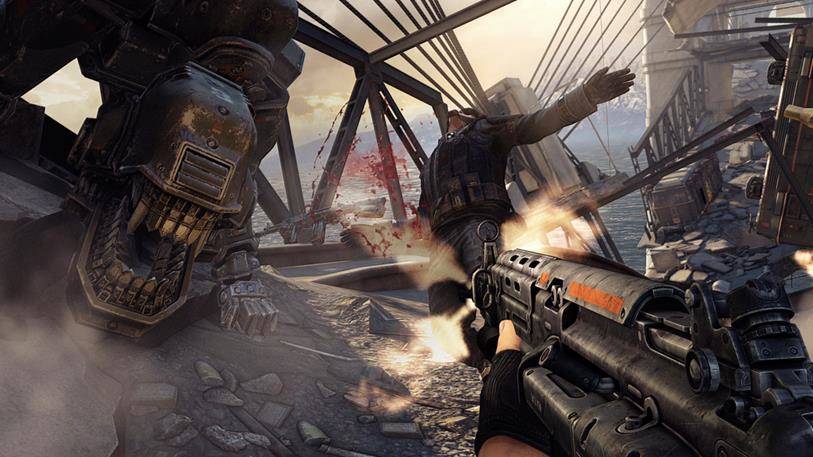 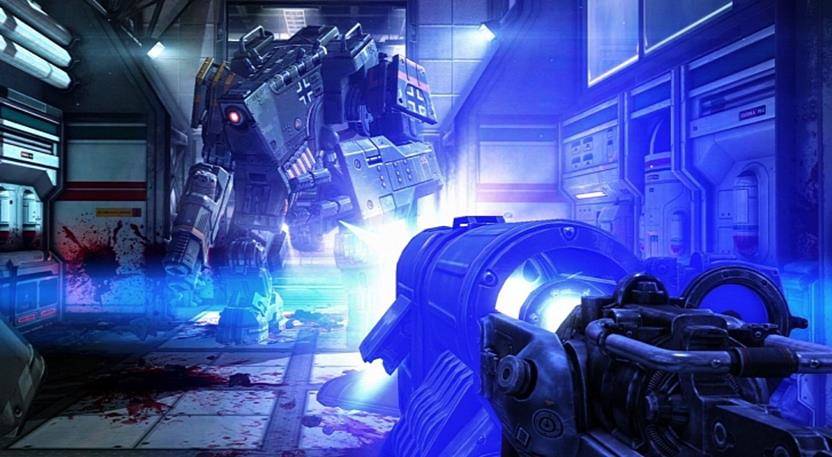 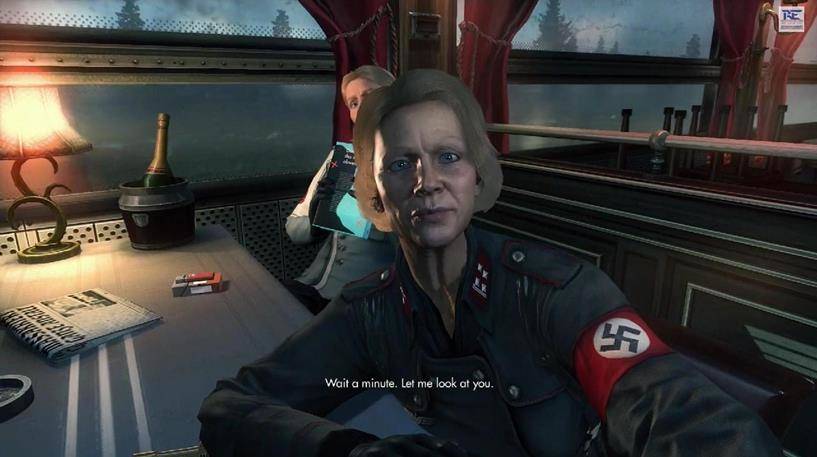 Though it does contain ridiculous representations of The Third Reich’s power, such as the Panzerhund, a mechanical and oversized hound that is programed to kill anything other than a Nazi, The New Order still feels grounded in reality. It can be argued, and to good effect, that the Nazis would have never been able to build such weaponry, but they still attempted these projects. It’s well documented that The Third Reich was obsessed with building unusual weapons, for example the infamous “sun gun,” a giant orbital mirror that would harness the sun’s power to completely destroy and fry actual cities. So who’s to say that if they did indeed won the war, they wouldn’t have been able to create such an arsenal?

The New Order’s biggest issues, however, are in its combat space. It’s a competent, solid even, first-person shooter at heart but it struggles to diversify itself. You’ll largely be relegated to shooting Nazis in the face throughout the 12 hours, and though that isn’t really a bad thing it adds an unneeded, and avoidable feeling of ad nauseam. What’s further puzzling is that the weapons “BJ” has at his disposal are largely forgettable, especially given the fact that the game’s unique setting is littered with, and feels influenced by creative experimental weaponry. You have your usual auto-rifles, grenades, shotguns, etc. but the only stand out is the Laserkraftwerk, a large futuristic rifle that has the ability to fire lasers and cut through shallow structures. “BJ” can also double wield certain weapons, a staple in the series that does make him feel more powerful.

Another positive note is the diverse enemy variety, which remedies the game’s mostly hum drum gameplay experience. But The New Order really shines with its exploratory nature. It encourages the player to explore every nook and cranny and approach each combat scenario differently. You can either choose to be stealthy and silently takedown all of your foes, or simply go guns blazing. Given the familiar nature of the former’s approach, I opted to always go silent. Though the game’s stealth mechanics are simplistic, especially when compared to MachineGames’ earlier efforts like the Riddick games, this simplicity made for a more enjoyable experience. I’m not that fond of stealth games as they always feel overwhelming and punish the player for getting spotted, but since you are powerful enough to blast your way through, and it is simple enough to silently takedown enemies, I felt constantly encouraged to try out the silent route.

The New Order also sports a plethora of collectibles ranging from letters to enigma codes, which you can solve to reveal fascinating tidbits. Another focal point in its gameplay is the clever perks system. By playing a certain way, whether it being stealthy or full frontal, you unlock certain abilities. For example, by performing a set number of silent takedowns or grenade kills, “BJ” gains stronger abilities that slightly make him more powerful. Some of these abilities range from being able to throw knives and instant killing people, or simply having larger magazine sizes for your weapons. The perks system is devoid of any kind of experience points, like something you’d see in an RPG, so it really does feel like it adheres to your unique gameplay approach.

The New Order boasts a production value of the highest standard, with very few texture pop-ins and gorgeous art design and technical prowess as the game is always locked at a smooth 60 frames per second. All the characters and enemies look great and most of the levels and settings look visually particular. The aesthetic relies on the usage of hard metal and rain, a great visual example of The Third Regime’s rule.

MachinesGames’ Wolfenstein The New Order certainly won’t set the world on fire with its gameplay, as it does border on the mundane. But it does boast a well-written and thought provoking narrative that paves the way for interesting alternate history storytelling. It’s the first entry in the series that feels, surprisingly, grounded in reality and poignant. William “BJ” Blazkowskiz is a human being after all, and his internal struggle with the aftermath of World War II here is engaging enough to forgive the game’s shortcomings.