The game nobody ever thought would be made: LEGO Marvel brings together almost every single noteworthy Marvel hero and places them into a world of blocks and building. Combining the likes of Spider-man and Captain America with the bright, colourful humour of the LEGO franchise was a genius move, and it hits almost all the right buttons.

Building in the Right Direction

Like LEGO Lord of the Rings before it, LEGO Marvel Super Heroes is split into a few different segments. There are massive, expansive hub levels and regular levels with story elements. All of it looks fantastic on PlayStation 4. The colours pop and the animation is beautiful and smooth. The future of the LEGO franchise on new-gen machines looks like it’ll be brilliant, summoning a little of the fidelity that we see in their recent CGI movie releases.

Stan Lee, Marvel's biggest treasure, is a major character in the game, and you'll need to save him on each level if you want to reach 100%

This is equally true of the humour and attitude. All of the characters are fully voices, and this adds a new dimension to the whole thing. LEGO Lord of the Rings always felt surreal, because the voice work was taken directly from the films. This resulted in a rather serious dialogue with comedy happening around it. With an original script, LEGO Marvel Super Heroes manages to be funny on every single level, with jokes that both adults and children will enjoy.

The best joke of all is also part of the collectables you’ll access as you play. Stan Lee, Marvel’s biggest treasure, is a major character in the game, and you’ll need to save him on each level if you want to reach 100%. It’s brilliant, and its a stroke of genius that pretty well represents the entire game.

LEGO Marvel Super Heroes is such a big game that it’ll feel overwhelming at times. There are so many characters, each with access to different abilities, that huge chunks of levels will be unavailable when you first play. This isn’t unusual for the franchise, but can be a little frustrating. There’s nothing like enduring a long, unenjoyable level and seeing that you’ll need to play it again if you want to get the most out of it.

For the most part though, it adds value, it gives you a reason to replay. Levels don’t tend to be as boring the second time around if you have additional tasks to complete. 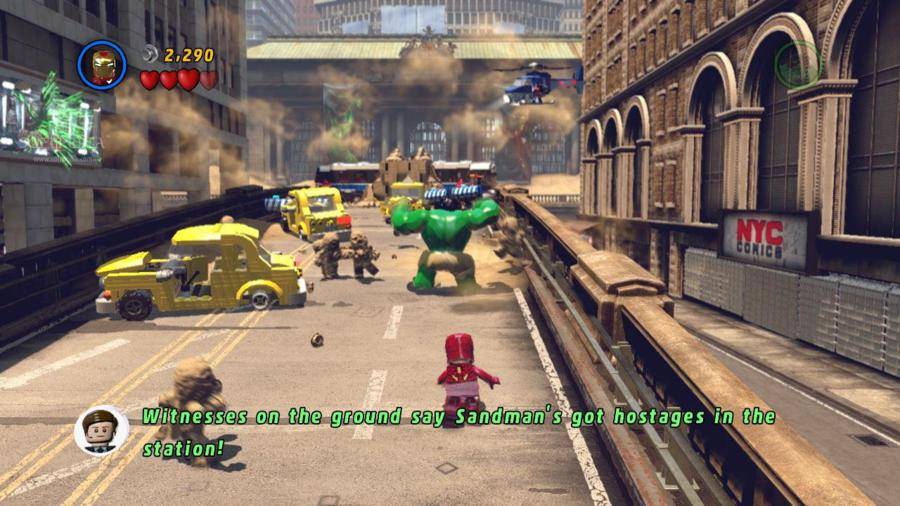 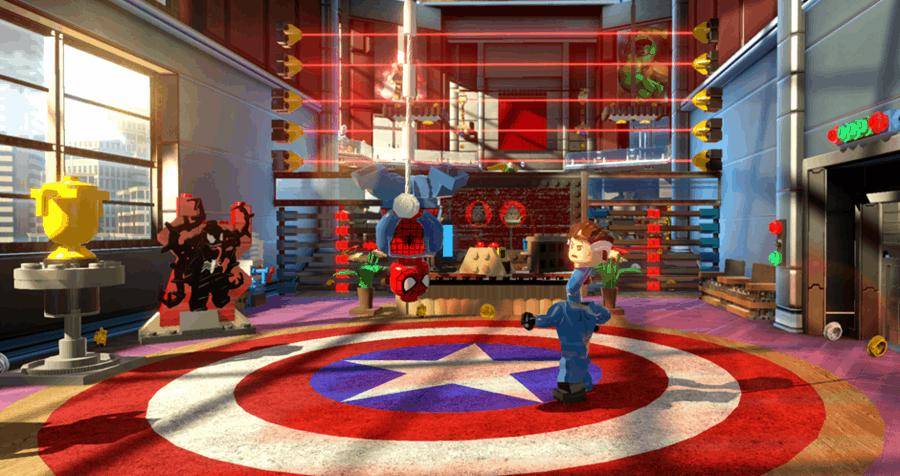 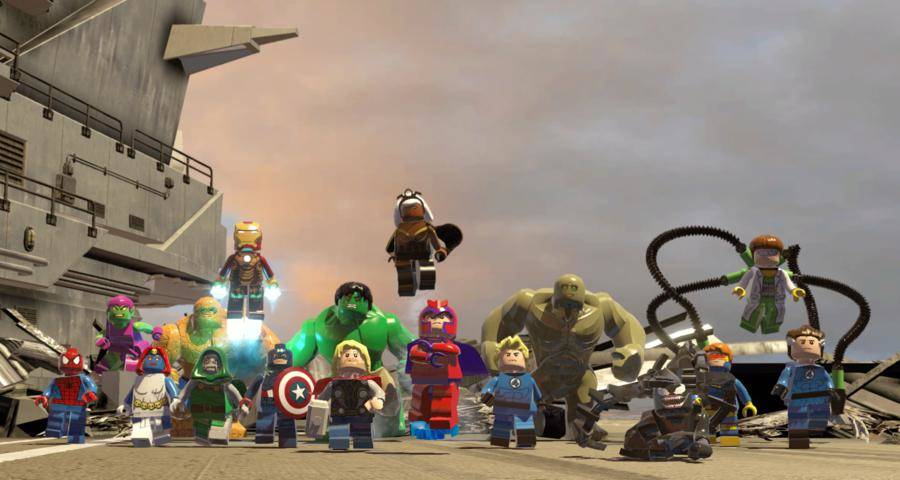 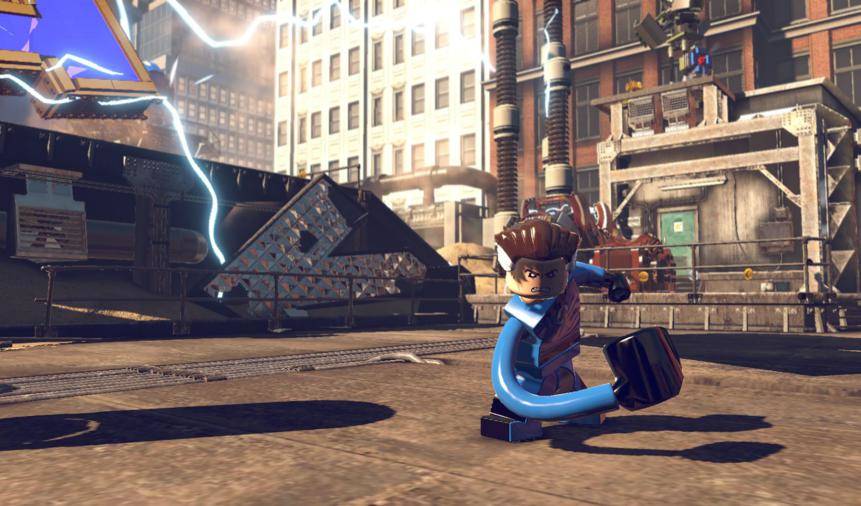 This helps take the edge of some of the linearity though. The story levels can be incredibly linear, which is a shame really. Exploration is a bigger part of the hub level – a huge interactive New York – and it’d be nice to have it as part of the story as well. Still, for what it is, it’s hard to complain.

As with previous games, you’ll go from place to place, building up items when necessary and fighting off enemies. If you disliked LEGO Lord of the Rings or, hell, even LEGO Indiana Jones, things haven’t changed at all, although the superhero powers do add onto things quite well. Fans who’ve played every iteration will likely not find it too repetitive, although, to be fair, it probably is.

That’s why it’s helpful to play with a friend. This is where LEGO Marvel’s biggest problem become apparent. First of all, there are huge issues with the camera that stem back to the second Indiana Jones game (the first one with two cameras for co-op). There’s one large screen until you get too far away from each other, at which point the screen splits into two. This sounds fine, except the camera changes depending on your position to one another. Not only can this be a little confusing, but it means neither player gets the full effect of the screen. Not being able to see something you should rightfully be able to access just because your co-op buddy is far away is by no means a positive.

Add to that the fact that, in 2014, on the PlayStation 4, only one player can earn trophies for their game save. It’s not a big issue to everybody, but for those of us that enjoy playing with a significant other on different accounts, it’s game breaking and something that seems unlikely to ever be patched.

So despite some annoyances with the co-op segments of the game, as well as the general repetitiveness of the franchise, LEGO Marvel Super Heroes is a decent game and offers a huge amount of replayability. With a lot of levels to get through, even the first play should last you quite a while, and then returning to polish things up (and find hidden secrets) will add probably another dozen hours onto the total. Expect to have to unlock new characters, golden bricks, cheats and the like, just as we have been doing for a decade, since the original LEGO Star Wars.

LEGO Marvel Super Heroes is a title well worth playing, and perhaps even one of the better entries in the LEGO franchise. Still, it suffers a bit from being a launch title, and from knowing there are things it should do better. Occasional frame rate drops are easily overlooked, but not getting trophies because you’re second player will break the game for couples who wish to explore New York together.

There will be more LEGO titles in the future on PlayStation 4, and this will definitely come down in price. It’ll be a bargain, when it’s less than £20.