When first logging into BlockStorm, you might think that it’s going to be a Minecraft mimic, with very subtle differences, but in fact it has more in common with Call of Duty than Minecraft. You can see how this all started, with the idea to make a Minecraft with guns, but it has progressed very far beyond that. As you’ve probably guessed, BlockStorm is a first person shooter, but everything is made out of blocks. Unlike Minecraft, the blocks are small and make the game look like all the pixels have had a growth spurt!

The best feature of this game is its huge variety of character customisation. There are over 50 different characters to chose from and all of them are amazing and very inventive. When playing, you will get to see the whole range- from man-sized chickens to werewolves in suits and even the devil himself. If this isn’t enough  for you, then you can download different ones from the steam workshop. If you’re feeling really creative you can even make your own. 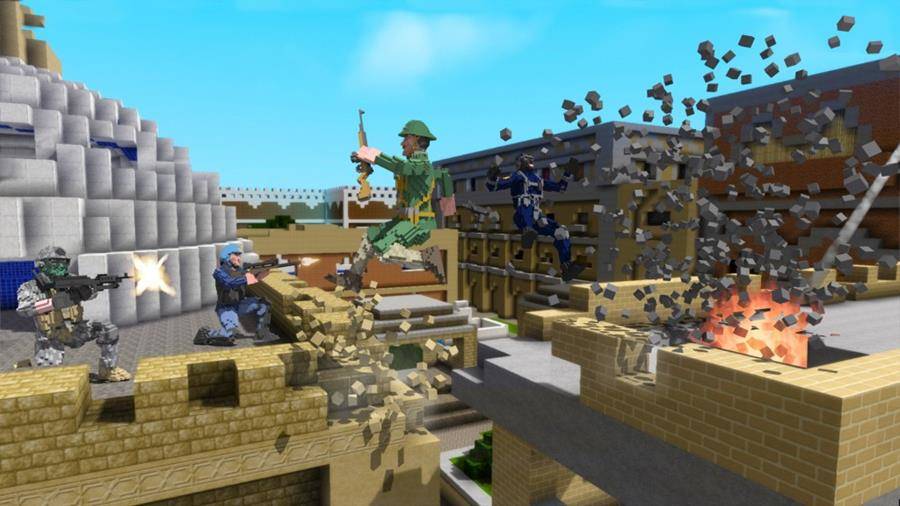 BlockStorm has one main problem: at the minute it’s struggling to stand out from the crowd. It lacks the wow factor. While you can dig and build to your heart’s content during a match, it’s easier to just play it as a regular shooter. There’s not enough incentive to regularly use the extra features.

Perhaps this wouldn’t be too much of an issue, except that BlockStorm has a distinct lack of players. The consequence of this is that you’ll find yourself spending most of your time looking for somebody to kill, not actually doing any killing. One thing the developers could do is release a set of smaller maps – this would result in a more absorbing game – but at the moment it’s very disconnecting. 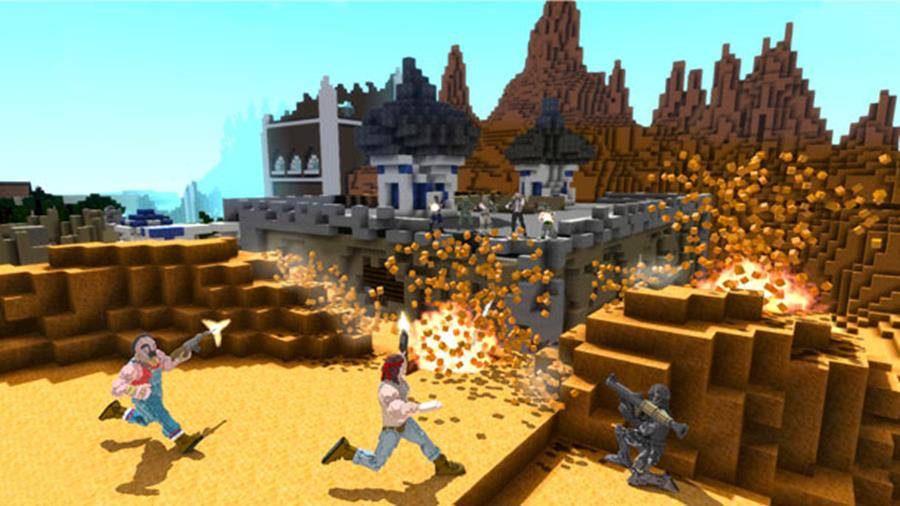 In BlockStorm, you have the ability to destroy or place blocks. This adds a strategic side to the shooting. For example, you can see when another player has built their own fort and is using it to get all the kills, or when somebody pops up on your mini map and it shows that they are below you  – there is nothing to stop you from mining down and killing them with a knife. When you’ve been playing for 20 minutes on the same map it will look nothing like it did when you first started. One thing people say about Battlefield or Call Of Duty is that the maps are very changeable, but nothing currently on the market compares to BlockStorm.

Upon spawning you are given some choices regarding what guns you want- there are 5 primary, 3 secondary and 4 explosives to choose from and you can only select one of each. As well as the guns, you are also given; a shovel, blocks and a knife. All the different weapons have different weights, if you chose the heaviest guns, which are often the most powerful, your character would consequently move very slowly, not as slowly as being over encumbered in Skyrim, but still slow. Of course when you choose the lightest equipment you travel very fast – this is very useful in battle, when you move left and right very fast to stop getting sniped. 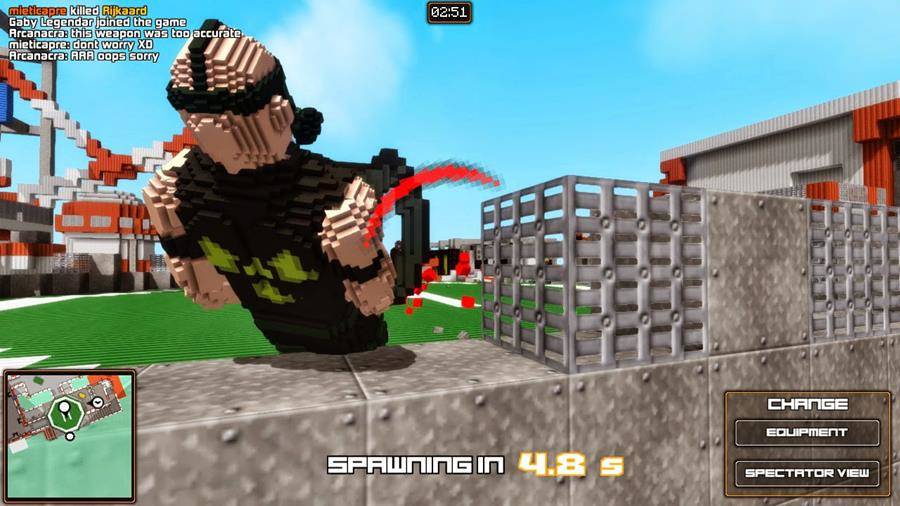 There is one other subtle, but great feature in this game and that is the gun animations. When you jump you find that the gun is going up with you and then when you start falling it falls with you. This makes the game really flow. One thing they could add is reloading animations. What your character currently does is lower his gun out of your view and then a couple of seconds later it will pop up again fully loaded, this is a very old-school feature and needs to be updated as soon as possible.

Overall the game has great potential, but at the moment it’s disappointing. However I can easily see that, within the next year, BlockStorm could become very big.  Watch this space.