The rumour mill’s latest target is Square Enix – and Twitter think’s Sony may have already made an offer.

The narrative is a bit muddy. Square won’t be fully bought out, but will somehow become a PlayStation Studios developer. That means Final Fantasy, Tomb Raider and a host of other classics will become exclusive.

How likely is this? What would it do for the gaming industry?

Let’s face it, a Twitter random announcing a major acquisition on social media is not the way a Square Enix buyout would be revealed.

But at a time when seismic shifts are happening in our industry, it’s always an interesting thought experiment to look at the ‘what ifs’.

Square would be a good fit for Sony. Japanese RPGs – in fact, THE Japanese RPG – and a host of third person action games. Tomb Raider and Final Fantasy have rarely been fully exclusive to PlayStation, but there’s no doubt that there’s a nostalgic link for many of us.

Square have been treating Microsoft and PC as secondary for some years now. The Kingdom Hearts collection is only now coming to PC. Nier and the like have been popular enough on Gamepass, but fans have had to wait to access it on Xbox at all.

This isn’t a Square Enix bias. PlayStation already understand Square’s part in its ecosystem. That’s why they keep paywalling stuff. Would a purchase change that?

I Never Asked For This

PlayStation’s current view of the PC world is decidedly secondary. Let’s pretend for a moment that someone with the power and money decides Deus Ex is worth bringing back – what would that game be like without a PC-first focus?

This is one of the advantages of an Xbox purchase. For the vast majority of people, nothing changes.

But that’s kind of true for PlayStation at this point as well. Most people will buy Final Fantasy VII Remake on PlayStation. Those of us who’d like a choice don’t get one, but it doesn’t stop many of us from buying it anyway. That’s not untrue for most of Square Enix’s RPG output. Nothing would feel out of place.

But there is one major truth: most of Square’s output does not have a real link with PlayStation. We get nostalgic for the PS1 Final Fantasy output, forgetting that it was a franchise that was born and stayed with Nintendo, even during that period. Final Fantasy VII and VIII got PC ports.

Tomb Raider was on the Sega Saturn and PC. Just Cause and Deus Ex were PC first. Kingdom Hearts started on PlayStation and ended up on every single device ever created, with non-Sony releases eventually needing to be ported or remade for anything to just about make sense.

Most of these franchises are not and never have been exclusive to PlayStation. Cutting off PC and Nintendo, but Xbox as well, would actively block titles from many fans.

Is that a problem? All is fair in love and console war, and your mileage will depend on access. I’d say it’s not exactly fair, but neither is Nintendo walling off Bayonetta. But Bayonetta wouldn’t exist beyond the first game without Nintendo. Unfair choices can be a benefit.

Sony has to start buying publishers. Their cash on hand situation would allow them to make maybe one major purchase, if they were willing to take a risk. Square, who are already happy to accept money to keep a release PlayStation-only, wouldn’t be my first choice. 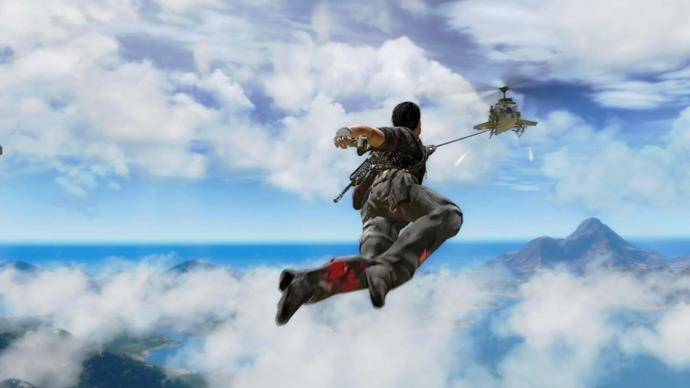 Xbox, Google, Apple and Amazon are all willing to take risks on getting into the gaming industry. It’s growing, and the biggest companies in the world have noticed.

There’s no doubt at all that we’re going to see some big moves from Sony in the coming year, and the question is whether they’ll be offensive or defensive. A purchase for Square would ensure those games continue releasing on PlayStation devices for as long as they keep selling. That’s the definition of defensive.

Could they look at something a little more aggressive? They couldn’t afford EA with straight-up cash, but something like that would be generation-defining, and more.

But none of this is set in stone. We know Sony has to do something, but what is yet to be seen.

Of course, Square Enix is the best in their class at what they do. Name a high-quality modern RPG, and there’s a good chance you’re talking about something with their splash screen at the start.

Do they need to be bought out? Would it even be possible for Sony to pick them up?

Never say never. Start with a low offer and bring it up by increments of $5 billion and you’ll eventually get to a price they agree to.

But Square has always delighted in being able to jump from device to device – platform to platform. Why release a PS2 game if you can’t even release its sequel on the Gameboy Advance? Kingdom Hearts and Final Fantasy XII are calling.

Unlike EA and Activision, Square doesn’t just release ports of their games to everything. They run exclusives on almost every platform. If any single company is ready for a future where streaming, consoles and mobile have to peacefully co-exist, it is Square.