The Witcher 3: Wild Hunt to get Free DLC; Paid as Well 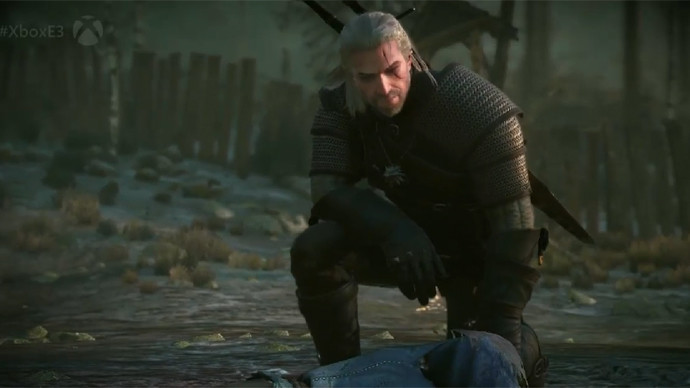 Who remembers Oblivions outrageously priced horse armor? Who remembers paying way too much money for cosmetic DLC, which at the end of the day, did not do a whole lot besides making your character look cool. Well, we are getting more of that in the upcoming Witcher 3: Wild Hunt game from CD Projekt Red. Well not the prices, but rather the cosmetic DLC. Why should you care? Well, it is free. Free if you preorder, free if you buy after launch, free if you buy the collectors edition, and free if you buy the standard edition. All 16 downloadable packs are completely free!
I figured it was probably all cosmetic DLC. I was wrong. The first two packs are a horse armor pack – that’s definitely a dig at Oblivion and Bethesda right? – and a beard pack. After that, however, CD Projekt Red is promising more quests to be given in future DLC. Not big quests mind you, but quests none the less.
When speaking about small DLC offerings without large price tags, one of the Co-Founders of  The Wither 3: Wild Hunt said, “Unfortunately this treatment is quite rare these days. As gamers, we nowadays have to hold on tight to our wallets, as surprisingly right after release, lots of tiny pieces of tempting content materialize with a steep price tag attached. Haven’t we just paid a lot of cash for a brand new game?”
This is huge! With almost every game offering up a wealth of DLC for us to purchase, its a nice change to see that we will be getting something for free. Why they are doing this cannot be certain, but I don’t expect too many people to complain. Good customer service could be the end goal perhaps.
Don’t get to excited. CD Projekt Red isn’t just going to pump out tons of free content. Lengthy, more involved storylines and quests will become available at a certain point after launch for a fee. Below is an FAQ about the upcoming DLC. This is a game we will eventually have here at GamesReviews so expect a review a few weeks after launch. As always, follow me on twitter (@adamroffel) for updates on this and other titles.
From Evolve PR: Q&A About the Witcher 3: Wild Hunt DLC
Q: What do I have to do to receive the 16 free DLCs?
A: The only thing you need to do to receive the 16 DLCs is purchase The Witcher 3: Wild Hunt. All of the DLCs will be available for free on every platform (i.e. Xbox One, PC, and PlayStation 4).

Q: Do I have to pre-order to get the free DLCs?
A: No, each piece of content will be available for download regardless of you buying the game before or after launch on February 24th, 2015.

Q: What’s the plan? When can I expect the DLCs to be released?
A: The plan is to release a new DLC bundle (each bundle contains two DLCs) on a weekly basis, following the game’s launch February 24th, 2015. The first DLC bundle will be released the next day on February 25th. The next bundle will be available for download a week after that, on March 4th, the next on March 11th, and so on. The first bundle will contain the Temerian Armor Set and a Beard and Hairstyle Set for Geralt. The second bundle will contain an additional quest and an alternative look for one of the game’s main characters — Yennefer of Vengerberg.

Q: Where can I find out more?
A: You can find more details on thewitcher.com. At this moment, four DLCs (two bundles) are revealed. The remaining DLCs will be unveiled each week after launch.