Skyrim on PS4 is an Outstanding Experience

Selling someone on a 100 hour + title once is often hard to do, but trying to argue they should do it twice is even harder. Thankfully, enough time has passed between when Skyrim originally launched and when the remastered version came out. That, along with tons of additional content only available via DLC originally, and the ability to install mods, makes returning to Skyrim a wonderful experience. 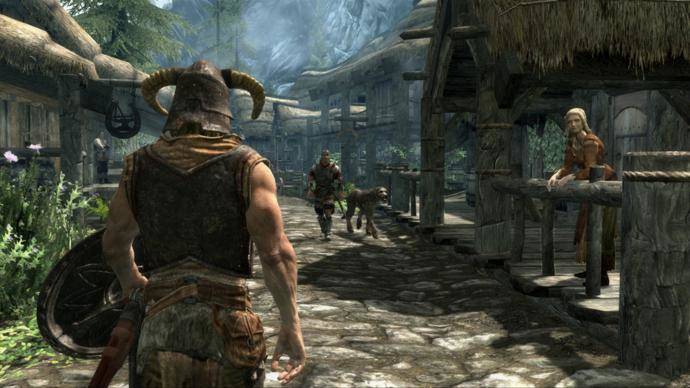 We reviewed Skyrim a while ago and gave it a 9.0/10! I strong suggest you read through that review as most of that review still applies. What we will talk about here is what has been added to the title to make it a wonderful buy for past fans and new players.

Right away, the graphical enhancements to Skyrim Remastered are pretty evident from the first cut scenes as you narrowly escape death, twice: once at the hand of the Imperials, and once at the claws of a Dragon. While the static character models still exist – hair improvements are non-existent which means the character models from the neck up still look off – everything else has been enhanced. Environments feel more lifelike, and roaming between locations is much more enjoyable.

I cannot be stated enough how much the graphical improvements breath new life into the world of Skyrim. Another great way to enhance the graphics – mods. 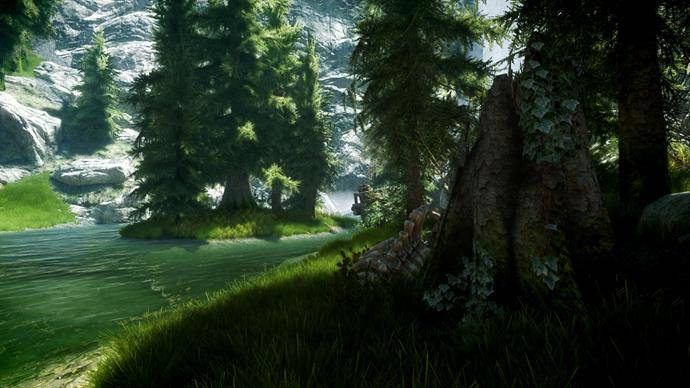 Adding mods to Skyrim use to only be an option on PC, but now that has been added to both the PS4 and Xbox One versions of the game. Unfortunately, rules by Sony restrict outside assets from being used in the PS4 version, which means only assets already present in Skyrim can be used to create new mods. This is a tad disappointing, especially when you see what Xbox One and PC owners get to add to their games.

There are still a ton of great mods on the PS4. Two of my favorites add to the graphically superior environments by adding better water physics, better weather affects, and more realistic fog. These mods really add to the feel of Skyrim as a whole, and are blanketed across the entire map.

Most other mods are fairly specific; outside of the Lam Posts of Skyrim mod – which will add lamp posts all over the world – the majority of the great mods are building oriented. Early on you can experience a Hunter’s Cabin, a Treehouse, and a Riverside Cottage, to name a few. Some of these buildings come with their own short quest – for example, having to infiltrate a mine to locate a key for the Hunting Cabin – while others are just buildings you can enter and call your own.

Bethesda added a lot of content to Skyrim when it released three subsequent packs after the initial launch of the game. With new weapons, new quests, and the ability to build your own home – which is outstandingly fun – the fun just seems to never stop with Skyrim. These packs when they were released were not cheap, and to have them included this time around is a huge bonus.

We will be breaking down each DLC package in separate articles as we never did this before, so stay tuned for that.

We are not done with our Skyrim coverage, not even close. As we move into the holiday season, you better believe I will be digging deeper and deeper into the world of Skyrim. This game is just to fantastic to pass on. It was wonderful when it was released, and it is even better now. For those of you in Canada, it will be available this Friday for only 39.99 at Walmart! Grab it while you can on Black Friday!

More Thoughts From Me: Dreams PS4 Gets Spooky

Being the Best at Scream Deathmatch in Call of Duty