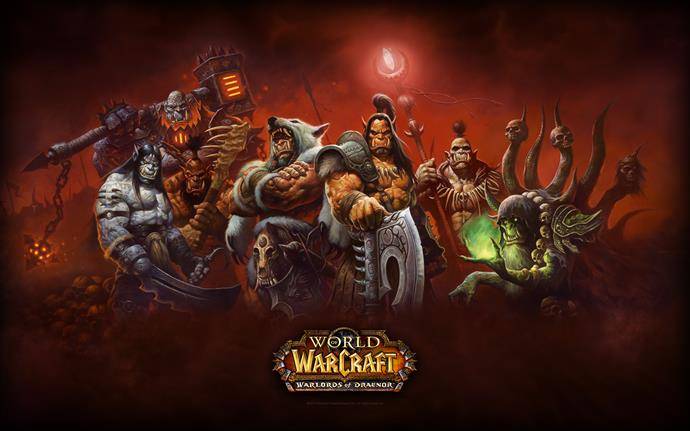 Like a shaman with an ankh, WarCraft just won’t die. It’s simply unprecedented for one game to remain so popular, for so long. Against the odds, World of WarCraft is still here, and I for one love it!

After what was a truly fantastic teaser cinematic, and I would expect nothing less from Blizzard, we now know that we will be taking our first steps onto Draenor November 13th. While I consider the Mists of Pandaria to be a success over all, it lacked the nostalgia of its predecessors. It’s commendable that Blizzard set out to create entirely new lore, however the expansion felt somewhat detached from previous events that took place on Azeroth.

In stark contrast, Warlords of Draenor delves unrestrainedly, into some of the juiciest elements of WarCraft history. Big names like Grommash and Durotan are the main focus of this expansion, with their personalities, strengths, flaws and foibles all on display for our entertainment. Not only are these characters pivotal to the story, but we actually get a chance to fight alongside them in battle.

When you first step through the Dark Portal onto the strange, yet somewhat familiar world of Draenor, you find yourself fighting alongside archmage Khadgar. As the Iron Horde desperately attempts to reach the Dark Portal. Only you and a handful of WarCraft’s finest stand in the way of Azeroth’s destruction. There’s a level of urgency that has never before been so successfully conveyed.

The monotony of repetitive questing has been the plague of WoW since it’s beginning, but the regular presence of these WarCraft legends keeps the experience feeling fresh and significant. If you consider yourself a fan of WarCraft lore, then the Warlords of Draenor might just be your favourite expansion so far.

Outside of story telling though, there are of course many other fabulous features. Garrisons seem to be of particular interest, and during my time in the beta, I can say that the hype is certainly justified. Yet again playing on nostalgia, constructing a Garrison is fairly reminiscent of base building in WarCraft 3. It’s purpose is to serve as a staging area, in your campaign against the Iron Horde and its savage warlords.

There’s a unique sense of satisfaction in having a settlement that is entirely under your control. Everything from the buildings, to the inhabitants, are in the Garrison by your doing. You can construct all sorts of buildings including barracks, mage towers, alchemy labs and many other useful structures. Long term fans will notice that many of the buildings resemble their WarCraft 3 counterparts, a very nice touch in my opinion. After 10 years of WarCraft, it would seem that the peons are still “ready to work.”

Building your Garrison will be an ongoing process that will take up a lot your time as you fight your way through Draenor’s treacherous territories, and so I would expect that the end product would feel very near and dear.

Yet another significant feature is of course the classic character model revamps. If your playing on the live server, you may notice that some of the original character models are looking a bit dated to say the least. Soon however their blocky faces will be smoothed out, but I have heard some people expressing anxieties over this change. After all, not everyone will want to have the avatar that they’ve had with them since the beginning, now redone against their will.

The great thing about this revamp however, is that the classic characters have retained all their original, defining features. The male gnome still has his crazy hair, the female dwarf still looks as if she’s been hit in the face by a kodo, and the dranei still have their crazy tentacle beards. The models have retained their essence, they’re just a little bit prettier now. Although, as someone who is currently playing on the beta servers, I’m still eagerly awaiting the new male human model. That guy seriously needs some work done!

Perhaps one of the more controversial additions would be the ability to boost a character straight to 90. While the WoW veteran in me considers the very notion to be blasphemy, I do accept that asking players to go through hours of antiquated content just to reach the new pack is a little unreasonable.

The final major pillar of the Warlords of Draenor expansion that I’d like to touch on, is Draenor itself. For those of you unaware, Draenor is what Outland used to be like before it was destroyed by Ner’zhul opening up more portals than the planet could handle. It is therefore reasonable to assume that Draenor would share a lot in common with Outland. However, after a month playing on the beta, I can confirm that Draenor has less in common than you may think with it’s Burning Crusade counterpart.

For example, while there may be a zone named Shadowmoon Valley, the Draenor version is completely different to the one found in Outland. Where we once saw hellfire and fel boars, in their place are rolling hills and majestic Talbuks. Make no mistake, Draenor is an entirely new continent to explore. Rest any fears of having to go back to Hellfire Peninsular to bed.

As WoW players have come to expect, the expansion will also bring with it a plethora of new dungeons, raids and battlegrounds. After my experience in the beta, I will warn casual players that the 5 main dungeons are pretty challenging. They require proper coordination and skill, so don’t be tweeting about the fish fingers you had for lunch, when you should be healing!

It’s no secret that WoW’s age old formula is beginning to feel outdated by this point, but it looks as if the Warlords of Draenor could be the shot in the arm the classic MMO needs.