After the hype, was GTA V the game We Wanted? 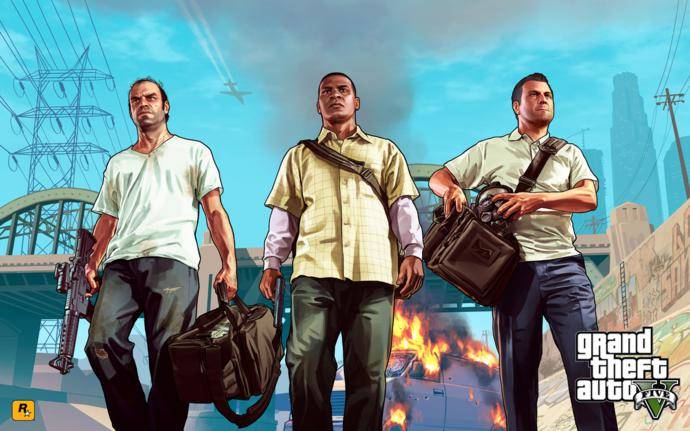 After the hype, was GTA V the game We Wanted? – Introduction

I was a PlayStation 2 owner.  Originally I was supposed to get a Gamecube because I just adored my N64 and wanted more of the same, but I was impatient, and after my mate bought a PS2 and rubbed it in my face about how good it was, I caved.  One of the many advantages of this was I got to play Grand Theft Auto in all its new, 3D splendour.  Rockstar had invented a new kind of experience, by creating a world that truly felt alive and kicking, loaded with memorable characters and stories.  To then better this each time with Vice City and then San Andreas respectively was a mind boggling feat.

I bought GTA IV brimming with expectation.  After the sheer madness that was San Andreas, I was left wondering where the series would take me next, and was left ultimately disappointed.  While the protagonist, Nico Bellic, was certainly the most interesting player-character to date, his story was so bogged down by dour circumstance that I sometimes forgot I was even playing a game.  The mission structure was largely lazy, with shooting generally being the end conclusion.  It got so bad that when one of the characters stated ‘it’s a simple collect job, nothing will go wrong’ I knew immediately that I was going to get ambushed with guns.  However, the greatest sin to my mind was the scaling back of features, specifically the ones that made San Andreas such a blast.  Air transport was scaled back, no parachutes, lack of environment variety, and was it just me or was the game always either dark or grey?

With the announcement of GTA V, I had to be convinced to buy it.  The trailers promised a return of humour, of mad characters, of different missions and of PARACHUTES.  It was enough to pique my interests, but not enough to make me buy on day one.  I certainly noticed one thing though: the hype metre for the latest in the series was off the scale, but this had been the case since GTA Vice City, and it isn’t enough to make a great game.

To my shame, I only just finished Grand Theft Auto V recently.  Very recently.  And it was, to my mind, the game I was expecting after San Andreas.  There was an abundance of fun and enjoyment to GTA V that was absent in IV, a sense that the writers and directors decided that excess was the best course of action after the rather restrained previous effort.  For example, not only have planes been reintroduced, but there are about half a dozen different models, each with different characteristics, some with guns.  When you take one of these planes, fly as high as you can and jump out of it, of course you get a free parachute.  This philosophy of fun carries over to other mechanics too, such as being able to turn your car over after you’ve flipped it on its roof.  While it arguably takes the challenge away from the chases, it enhances the game outside of the missions by not destroying the car you spent $2,000,000 on.

Missions carry greater variety too, no longer relying on just a shoot out to make the story more exciting.  Vehicle chases are far more abundant, and are far more gratifying in that they rely much more on skill and ability than ever before. The developers managed to polish GTA V perfectly, making long-missed franchise features burst back to the forefront, better than ever. It was the new features that really made the game stand out for me, though.

By adding in three inter-changeable protagonists, Rockstar made their most inspired move.  The implementation of the mechanic was sublime, and nothing felt quite as good as switching between three characters in a mission to see how it was unfolding from a different perspective.  Adding different skills and abilities to each character was a further masterstroke, making the choice of character matter in each mission.  If you were in a driving section, play as Franklin.  Surrounded by enemies? Play as Trevor!  Need to make a vital shot? Michael.

All of these things came together to make a great game, even long after the hype has died down. But was it the game we wanted?

I loved GTA V. It encapsulated everything that I adored about the series. The world is massive and teeming with characters and things to do, and is a further testament to Rockstar’s attention to detail.  While other open world games create massive spaces and sprinkle things to do around them, Rockstar creates spaces and brings every aspect of them to life.  Each area feels alive, vibrant and different to the other, and its always been that way, perhaps with the exception of IV. While the hype – from the teaser trailers right through to the excitement over the many millions of sales – was a huge part of what made the first few weeks of its launch so exciting, GTA V still remains a fantastic game, a natural extension of the franchise we played on PlayStation 2 all those years ago.

Reintroducing elements from San Andreas, namely more options than just helicopters, allows us to navigate these spaces in our own way.  The characters are ridiculous, with many considered to be ham-fisted satire, and while it’s an absolutely valid criticism, I still laughed my arse off.  The missions are so much more varied than in IV, and some were so staggeringly silly that I was left applauding afterwards.  Ultimately, Rockstar have re-embraced fun, the core tenet of their PlayStation 2 era games, and because of that I believe it lived up to almost every expectation.