The Good, the Bad, and the Future of Battlefield 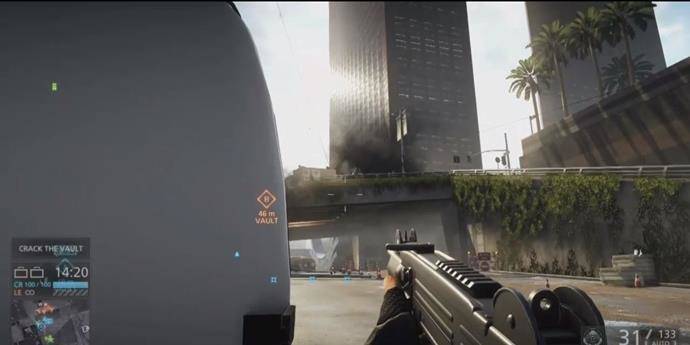 Battlefield 4 has taken a lot of flak since its release almost a year ago. Although most of it has been justified, I can’t help but get frustrated when people say the game is still plagued with the same problems it had at release, when that’s simply not true. Now don’t misunderstand me, I’ll be the first to admit that DICE shouldn’t have shipped in the condition that their first new generation outing was in, and that the ensuing support, or rather, the lack of support was inexcusable. However, credit where credit is due: within the past 6 months, I think the game has become one of the best games in the series.

Where did it all go wrong? Up until the release of Battlefield 4, DICE has had an excellent track record, especially with the Battlefield series. Well, it’s impossible to know what really caused it, but my best guess would be cross-generation development, and an unreasonable deadline. I mean, the game was shipped on every major home console (with the exception of the Wii U), and PC. That’s five different platforms that have to be maintained, and all of them with different infrastructure, input methods, online services, ect. Now while that’s hardly an excuse, it’s definitely understandable that they had a hard time finishing the game, with so many platforms to look after. All with a strict deadline imposed by EA, I’m sure.

The good, and the Bad

So, when Battlefield 4 launched, we were left with an unfinished game, and no answers. A lot of people just forgot about it, and moved on to other more polished titles, or hit their favourite message board to pointlessly rant, to tell DICE that they would “Never buy another EA game” (until Battlefront, Mirror’s Edge and Hardline anyway). However, my situation was a bit different. Since I had just got my shiny new Xbox One, there weren’t many games to choose from, and since I’ve been a huge fan of the Battlefield series for a long time, Battlefield 4 was an obvious choice. Initially, I was blown away. It looked fantastic, ran at a buttery smooth 60 fps, boasted an incredibly epic, and game changing feature called “Levolution,” and even had 64 player online games that completely changed the landscape of Battlefield on console. Honestly, I feel that it is the most “Next-gen” game released as of this being written, because it was such a massive improvement to the Battlefield series, and the FPS experience as a whole, on console.

It wasn’t all rainbows, and sunshine though. As I played the game more, I started to notice that something just wasn’t right. It was very laggy at times, sometimes making the game unplayable. It would crash every few games, forcing you to restart your console. Hit detection was horrendous, sometimes dying multiple seconds after running around a corner, along with a multitude of other problems.  But I stuck with it, and each month that passed the game became progressively better. although the real change didn’t come until about March, or April, when they released a major update that addressed the biggest problems. With the great DLC that has been released, adding even more content, the game has truly come into it’s own.

Even after this,  people continue to spread misinformation about the game, saying that it is still broken, and unplayable, and I don’t understand why. I’m assuming that these people played the game when it was released, and haven’t played it since and would rather people stewed in anger at EA and DICE instead of checking it out for themselves. Perhaps they’re just internet trolls, taking advantage of the situation to put down a game that they don’t like.

Then came along Battlefield Hardline, and all that did was add fuel to the fire. A lot of people weren’t very happy, including myself. The fact that Battlefield 4 hadn’t even been out a full year, and they were already announcing another one was baffling. Especially considering the series has never been annual. But as details were released about the next installment, it started to sound very interesting. With it’s cops vs. robbers spin on the series, and what seems to be a worthwhile single player experience, as well as being developed by Visceral Games, the developer behind the fantastic Dead Space series, I became a bit more optimistic. I was lucky enough to be able to participate in the beta, and once I played it, I was sold. It played like no other Battlefield before, with a unique approach to game modes and overall gameplay. I was truly impressed, and with the recent delay I’m sure it will only get better.

If it’s been a while since you’ve played Battlefield 4, or if you haven’t played it at all, I urge you to try it out. It’s easily one of the best FPS experiences out right now, especially on PS4 and Xbox One. With even more DLC on the horizon, and the recent delay of Battlefield Hardline, Battlefield 4 still has plenty of life left in it.