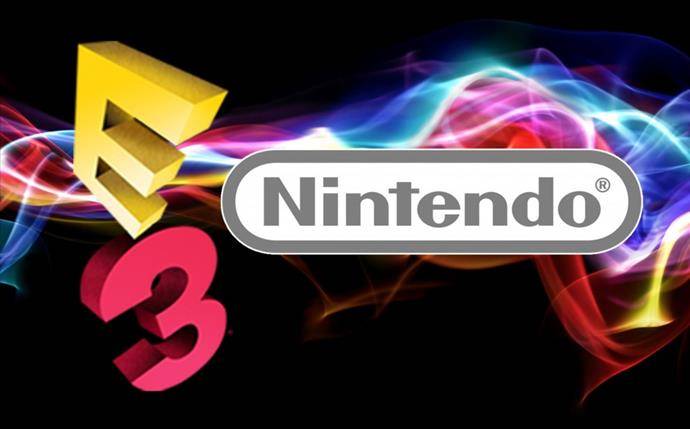 E3 is approaching fast, and with only a little over a week until day 1, I decided I should get my Nintendo E3 predictions out there.  Be warned: I have not canvassed the Internet to find what Nintendo is for sure announcing, and I definitely did not attempt to pass off the predictions of others as my own.

What We Could See

This category is a little unfair, and makes my final predictions a little more favorable to myself.  After all, if I’m wrong, I can always state that I felt we ‘could’ see these, not that we would.  Regardless, not a lot falls into this section.

There are only a few things I think we could see, one of which is the already rumored and hinted at new console for the Chinese market.  In one sense, I look at E3 as a predominantly North American and European event, trumped in Asia by the Tokyo Game Show.  So whether Nintendo feels the need to unveil or talk about this hardware is really a toss up.

This year we may also finally see the Nintendo quality of life hardware item that they have been talking about for well over a year.  Gamers will remember that Nintendo has promised a non-wearable, quality of life product, but they have really yet to provide any concrete details.  Some pointed to the Nintendo’s pedometer that was packaged along with Wii Fit U, but since that was a wearable, I’m doubting that it was what they were talking about.

What We Will See

Making predictions on the Internet is always hard.  People will jump on you, telling you how incompetent you are, and the like.  Remember that these are my own predictions, based more on what I want then what Nintendo has been saying.  These predictions are also based on the current market Nintendo finds itself in, what has been released within the last year, and the trends Nintendo has consistently fallen back on throughout the years.  When E3 is over, this will be readdressed, either allowing me to proudly boast or humbly accept my lack of knowledge of the video game market.

Mario sports titles have been a staple for the previous consoles, and I’m not including Mario and Sonic Olympic titles. My safe bet is that we see a Mario sports title announced at E3; the difficulty, however, is determining which one.

My Prediction: We see another Mario sports collection on the Wii U much like the game we had on Wii.

The Legend of Zelda: The Wind Waker remake on the Wii U was a big hit.  It was a big enough deal for Nintendo to release it with its own specific Wii U console.  One or two other GameCube games will be getting this treatment again, and the list of possible candidates is endless. 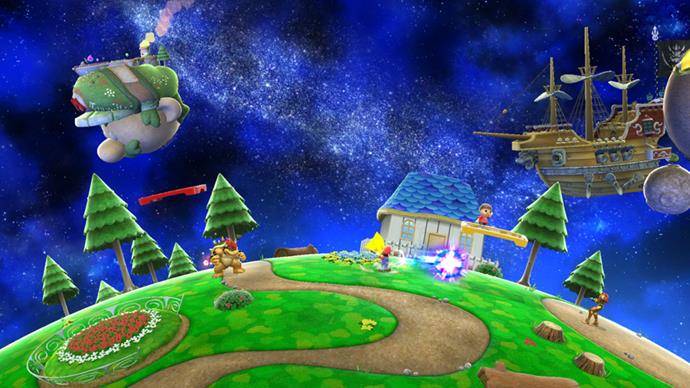 My Prediction: We will be getting a remake of Mario Galaxy for the Wii U, although we may only get screens rather than video.  To give myself a second chance at this prediction, I feel that instead of Mario Galaxy, we could get Mario Sunshine instead.

With the Hyrule Warriors set to launch sometime this year, there will be no shortage of Zelda content at this years E3.  Rumored for 2015 is a brand new Zelda adventure, and I’m willing to bet we finally get more then just words on a page.

My Prediction: Although lengthy gameplay footage does not seem likely until E3 2015, I believe we will get screens and a teaser this year.  I do not feel Zelda will launch before E3 2015 (although I hope to be very, very wrong).

Ubisoft always has a presence at E3, and this year it will be to detail their new Assassins Creed title.  I think a number of things will come out of Ubisoft regarding the Wii U.

My Prediction: The new Assassins Creed will NOT be available on the Wii U, citing poor sales of previous Assassins Creed titles on Nintendo’s console.  However, on a positive note, Ubisoft will announce a release date for the Wii U version of Watch Dogs, and perhaps show off the alternative gameplay that uses the gamepad.

Finally, Nintendo is far from the king of new IP’s, but that doesn’t mean they have nothing up their sleeve.

My Prediction: Nintendo will announce a new IP, albeit one that is not as popular as the monkeys or plumbers, but more accessible than the Wonderful 101.

What We Will Not See

These are always the hardest to decide.  When I write them down, I hope that I’m 100% incorrect.  Yet there is always that feeling deep down that these are the titles we should be seeing, but won’t.  I have not provided an introduction to each prediction.  Instead, understand that I write down each of these games with a sense of disappointment, especially since the Wii U is in such a difficult position.  I feel that announcing games, even if we are still a year or more away from launch, could spark interest in Nintendo’s current home console.

Despite a lackluster release on the 3DS, we will not see a new Paper Mario game for either console.  Seems like more of a surpise Nintendo Direct or E3 2015 annoucement

Unlike the Wii, the Wii U is actually fairly short on good quality party titles.  Unfortunately, we will not be getting a Mario Party any time soon.

Although many believe a gamepad-less Wii U could do wonders for Nintendo sales wise, I believe Nintendo is much to proud to proclaim that the gamepad may not have been the greatest idea.  Also, besides a bit of an HD upgrade, what would then separate the Wii from the Wii U?

What the Staff at GamesReviews Think

In an effort to spread the blame, I asked some of the other GamesReviews staff for their own Nintendo predictions:

George Clement: The main thing that I predict will be shown at E3 is going to be The Legend of Zelda Wii U, or something along those lines. The Wii U is lacking games and Nintendo have been losing quite a bit of money because of the system, but a Zelda title would draw some new players in for Nintendo.

Tony Chevez: Nintendo will officially announce Zelda Wii U, or the next large scale 3D Mario game. With Mario Kart 8 out this week and Smash Bro’s on the way, it only makes sense that one (or both) of those two are in the pipeline for the coming year.

Mat Growcott: Post-PlayStation 4 Nintendo will have had chance to analyse what’s going wrong for the Wii U in terms of the general market and will be looking to rectify that at E3. Expect extravagantly visual trailers for already announced games like Bayonetta (which will get a release date) and X, with a focus on explosions, animation and textures.

Considering their pre-E3 Mario Kart buy one get one free deal enticing a new set of core gamers to Nintendo devices, I expect a pretty central E3 Direct focussing on hardcore games to keep the excitement alive. Expect to see a few familiar faces, a new Legend of Zelda (and perhaps Majora’s Mask 3D for 3DS) and as many “We’re still relevant” titles as they can afford to announce.

As always, stay connected with GamesReviews for full E3 2014 coverage.