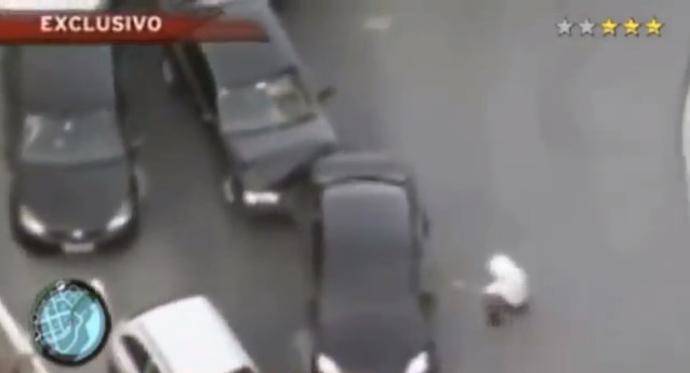 Forget Grand Theft Auto V, the best Grand Theft Auto experience can be had just by jumping in a car and doing some really reckless stuff. I’m sure that wasn’t the intention of the gentleman in this video, but the addition of the GTA IV HUD and a few well-timed sound effects make things even crazier than they were to begin with.

Submitted by YouTube user Zerak Palani, it’s both absolutely hilarious and a little bit horrifying. Definitely something to think about when you next go out for a drive.

This is one for anybody that ever questioned the physics in Grand Theft Auto. Apparently some of this stuff IS possible. I’m actually glad that not many people seem to know that…