Phil Fish is at it Again: “You should Boycott Harder, Nerds”

Fez may have been an above average game with a great idea behind it, but the biggest name behind the game, Phil Fish, sure as hell knows how to separate himself from his fanbase. After early reports that the game itself runs incredibly badly on PC (it renders at 720p and has Xbox 360 controller images regardless of how you’re playing the game), and talk of the Steam release being boycotted thanks to Fish’s poor customer relations, the fact that it’s still number #1 on Steam pre-release got the outspoken developer more than a little excited.

“You should boycott harder, nerds,” reads the post, made via the Polyfish account on the Steam forums, “we’re going to need some kind of spreadsheet calculator to keep track of all these sales!” Currently garnering some 45+ pages of comments, it’s fair to say that Fish may have lost a few fans today.

If the people who wanted to boycott before hadn’t already given up on the whole thing, their passions are probably going to have been renewed. 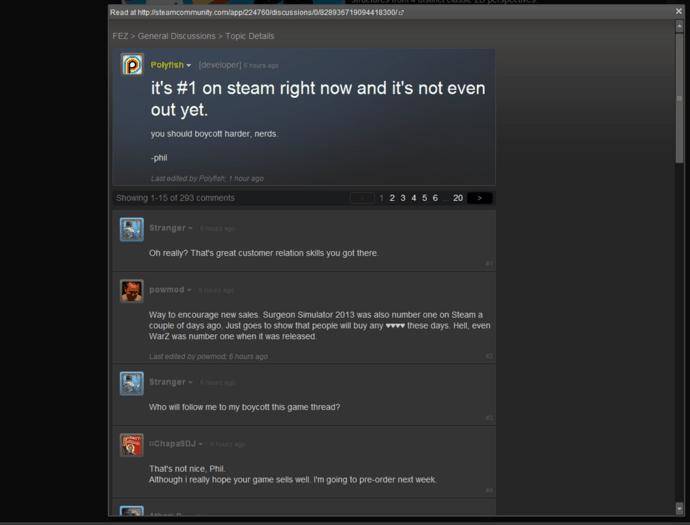